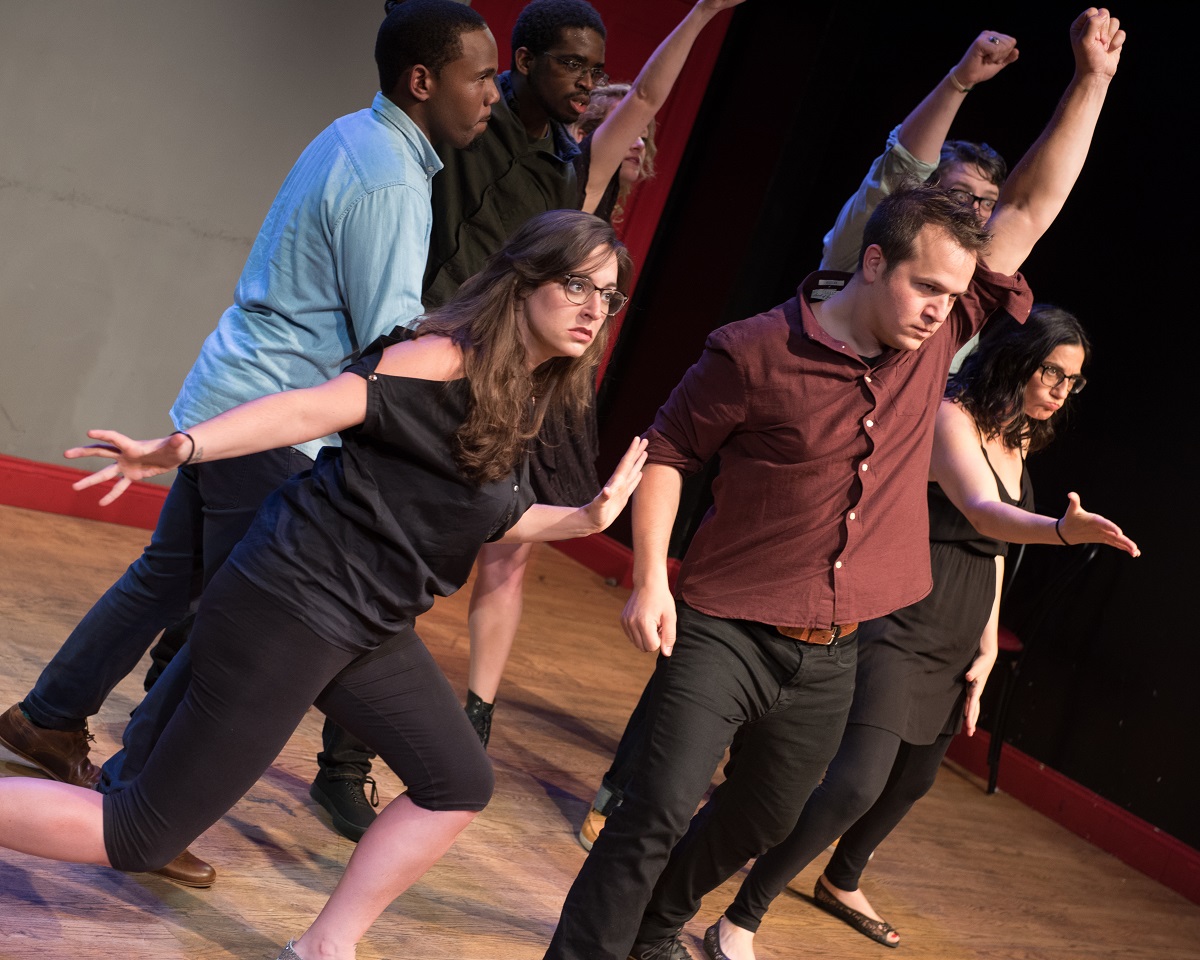 Anybody in New York City

Doing improv well, especially in the improv-saturated comedy scene of New York City, is a difficult task. Doing improv well with the musical sensibility to fit with improvised music is even more difficult. Rapping improv, for an hour and a half about a historical figure that no one knows that much about, often at a pace that feels faster than human thought; THAT is akin to magic. Anybody – an improvised historical hip-hopera does what a great magic show does; it creates that rarest of birds, a sense wonder. Like a good magic trick, it’s impossible not to sit and marvel—between laughs—“how did they DO that?!”

The premise itself is a seemingly unachievable task. What would happen if the cast of Hamilton were to spontaneously re-write the lyrics and music of the show, about a different historical figure, in real-time on stage in front of an audience? And yet, that’s what the free-styling improv group “North Coast” achieves.

Accomplishing this, even clumsily, even gracelessly, would be an impressive feat. But to have it be clever, to be musically cohesive and to be historically accurate, to have an imaginative story, AND to be laughter inducing? Impossible. And yet, every night, North Coast delivers on their lofty promise.

The night I attended the performance, I was fortunate enough to watch “the opening and closing performance of Mahatma Gandhi the Musical.” I’ll sadly never be able to see it again, and the 4 million people living in New York City that night who did not see it should feel sorry that they missed the opportunity.

The cast is difficult to single out—a rarity in NY improv. Anybody is a triumph of combinatorial creativity. The ensemble is remarkably well balanced in skill and contribution. They are all musically gifted, lyrically astute, and flat-out funny. Their beat-boxer—an unfairly reductive title—is Mark Martin, a vocal superhero who I’m convinced must have been part of a secret government experiment to replace his mouth with a music producer’s sound-library. He is Phonetic Wolverine.

New Yorkers have reason to be skeptical of improv comedy. As Forrest Gump once said, “Improv is like a box of chocolates, you never know what you’re gonna get.” Anybody, however, is the rare sure-thing. It’s the improv show that you can bring your friends to and know that it will deliver. You have no idea what you will see, and yet you know it will amaze and amuse you in a way that no other show in town can do. Can’t get tickets to see Hamilton? Head to Anybody for the same musical sensibility, but replace production-value and spectacle with novelty and laughter. It is a trade worth making, and a performance not to be missed.