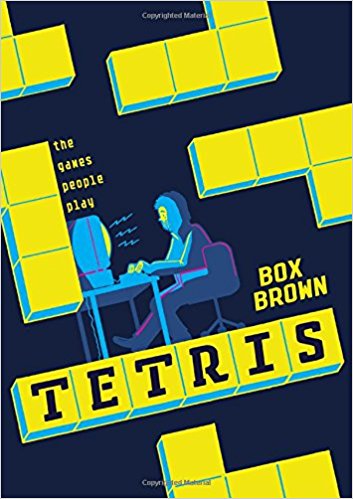 Tetris for me will always be the first game I can remember an adult playing. As a kid, one of my earliest friends’ mom loved Tetris; I was astounded that she had her own Gameboy, let alone that she was a monster at Tetris. While it’s a common sight now to see adults gaming, whether on consoles or on their phones, back in the early 90’s this was a revelation. Tetris was and is a revelation: it bridged the gap between gamers and non-gamers and laid the groundwork for gaming as we know it. Frankly, if I were to venture a guess, I’d say that Tetris, in all its forms, is probably the world’s best known video game; it’s visually and musically iconic and playable on almost anything and one of the most highly approachable games ever made (easy to learn, difficult to master). It’s one of those games you probably don’t think too much about, but almost certainly have some experience with – but there’s a lot more to Tetris and its origins than you might know. Hailing from the Soviet Union, the creation of Tetris involves cloak and dagger, viral distribution, a war between Nintendo and Atari that reshaped the landscape of gaming, and some legitimate tragedy. For a game about falling blocks, there’re a lot of interesting stories tied up in the first smash hit puzzle game that writer/illustrator Box Brown generally handles very well, though when the facts veer darker, the story recoils from them: the result is an engaging, educational – though somewhat uneven – graphic novel in Tetris: The Games People Play.

Chronicling the inception of games in human society, creation of Tetris as a game, the video arcade, home console, the first console war between Atari and Nintendo, and the courtroom drama surrounding who actually owns a game made in a country where the question of ownership was incredibly complex, Tetris covers a lot of ground. The non-linear narrative jumps around a bit, which keeps the pace up but does occasionally make it hard to follow who is who. It’s a fun way to approach the subject matter, as it keeps the story from getting too bogged down in legal proceedings and also keeps things fresh as you never really know what’s coming next. Brown has great command of non-linear narrative, guiding us from idea-to-idea organically, but making sure to touch base with ongoing stories regularly enough that we don’t lose the plot.

Visually, Tetris’ takes a clean, simple approach to human models, which occasionally does make them hard to recognize, but also gives Brown a lot of freedom for inventive panels; particularly applying the iconic Tetris forms to various creation panels. The story runs all over the world, and Brown’s style really shines in his depictions of Soviet Russia’s brutalist architecture. It’s a neat time to be exploring and visually, Brown makes the most of it; particularly with his menacing depictions of the Soviet secret police, lurking in literal shadow around the Russian side of things. Using just yellow, black, and white, Brown creates an ever-shifting visual landscape that compliments his text without overwhelming it. In theory, Tetris would have made a fine prose book, but this style and the way Brown uses it really elevates the story and evokes the geometric shapes that define Tetris.

Where Tetris stumbles is when the story takes its darkest turn: as it moves into epilogue territory, Brown has to confront the sad truth that one of Tetris’ two creators Vladamir Pokhlko suffered a mental breakdown and killed his family and himself in 1998. Though there are lingering threats throughout the story from the Russian government, generally the tone has been fairly light and this horrific turn of events is necessarily out-of-place and off tone, but such is the difficulty of covering real events. Brown does an admirable job of managing this, delivering the tragedy without the horror through a mostly redacted newspaper, and certainly helps manage the event by framing it through the eyes of Vladimir’s friend and co-creator of Tetris Alexey Pajitnov (essentially the main character of the narrative) and paying appropriate attention to the aftermath, but nevertheless, the incident is dealt with very quickly and casts a pall on what we’ve read before. Again, this is an incredibly difficult beat for Brown to manage and he does the best he can with it, but it feel wildly out-of-place.

Tetris: The Games People Play is a fascinating, informative, and fun read that sheds a lot of light on how gaming has developed: from the origins of gaming in history, to the Nintendo/Atari feud, Brown gives us insight without getting bogged down. The story looks good and moves quickly, again, only stumbling when history intercedes for the worse. If you’ve ever wondered why there’s a Russian theme to the game, or, like me, have had the theme song stuck in your head for as long as you can remember, this book is a must read.

And whether you’re reading this on a computer or your phone (or, by some wizardry a graphing calculator), you’ve got about a thousand ways to play Tetris when you’re done.

Trust me, you’ll be craving it.