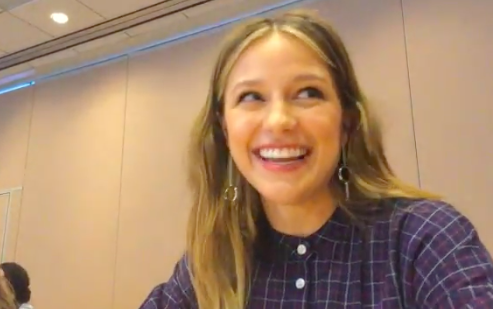 Supergirl ended its second season (its first at new home The CW) with two pretty big cliffhangers- Mon-El left earth (and Kara), fleeing the planet’s new toxic-to-Daxamites atmosphere, then flew into a mysterious wormhole of some kind; and we saw a flashback to a mysterious baby being placed in a Supergirl-esque pod to escape on the day Krypton died.

Reporters at San Diego Comic-Con got the chance to speak with the writers and cast to try to get to the bottom of these mysteries, get a feel for how the network transition worked, and look back on that epic musical crossover episode with singing superstar castmembers Melissa Benoist and Jeremy Jordan.