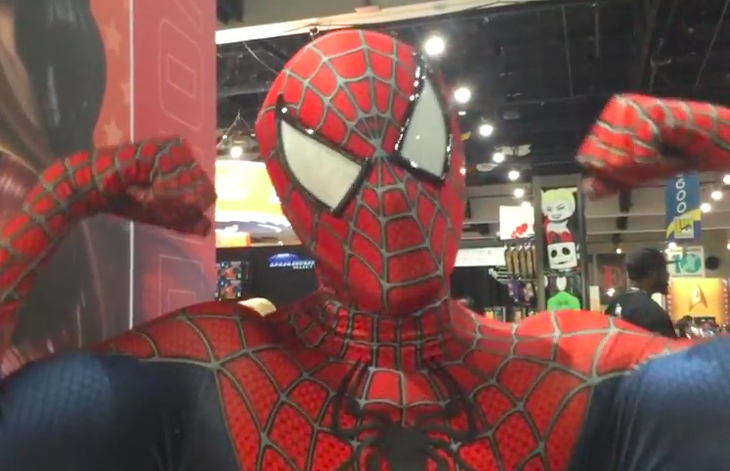 We asked a few of the cosplayers we encountered on the SDCC convention floor to review the latest instalment of the franchise they were representing with their costume.

In the video below, you’ll hear a Spider-Man: Homecoming review from Spider-Man; Luke, Leia, Rey, Darth Maul and a member of the Emperor’s Royal Guard share their thoughts on Rogue One; and two very different Wonder Women talk about what the new film means to them.

Looper: a perfect movie
Batman, a TV History
Jaga Glassman, On the Rise