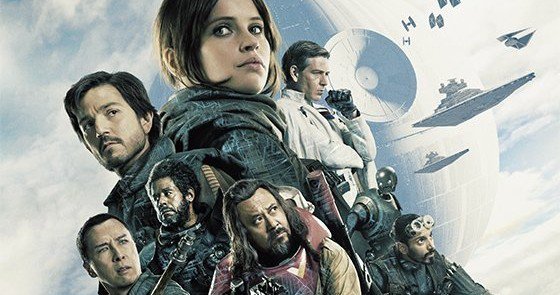 The MyEntWord Podcast: Rogue One

I had so much fun recording last year’s Force Awakens podcast with my Star Wars-obsessed friend Andrew Patti that I invited him back to talk Rogue One.

Just a few hours before recording, we learned of the passing of Carrie Fisher, an icon in so many ways but mostly an icon of the Star Wars universe. We attempt to pay her tribute but it isn’t close to enough. I do think, though, that there’s a way to read Rogue One as an achingly appropriate sendoff for one of Hollywood’s most legendary risk-takers and truth-tellers. It’s the eighth film of a franchise that was built in part on Fisher’s shoulders; the second to feature a female protagonist in a world where Princess Leia laid the foundation for smart, self-possessed women. It’s a story about rebels who say what they think and don’t do what they’re told; it’s imperfect and sometimes frustrating but ultimately full of hope. The end of Rogue One *spoiler alert* is the beginning of Leia’s story and she appears (with some impressive help from the computer graphics team) at age 19 with sly “I’ll take it from here” confidence. We’re all full of words today about what she meant to us- to Hollywood, to mental health advocacy, to addiction awareness, to young women who refuse to sit down and shut up- but I think Rogue One, in its way, says what needs to be said about Carrie Fisher and its a better movie for sharing her legacy.

Gigantic Spoiler Alert for all of Rogue One and Star Wars in general but we also get into spoiler territory on Fantastic Beasts while talking about spinoff storytelling within a distinct universe so watch out for that.

*Also, there is a point in this podcast when I claim that Ja Rule is dead and a hologram. I don’t know things about music, okay? I just assume everybody from the 90s is a hologram now. Please note that Ja Rule is for sure still alive and I should do more research.