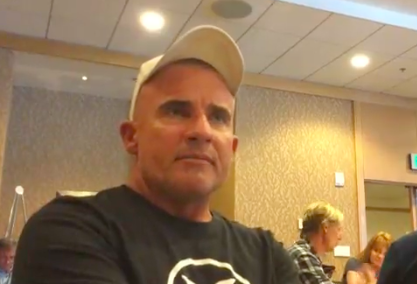 Reporters in the San Diego Comic-Con press room were joined by the cast of The CW’s time travelling superhero show Legends of Tomorrow to dissect the craziness that was season two, look forward at what’s to come in the third season, and talk about the ambitious series’ role in the expansive Berlanti DC universe on The CW with four shows and tons of crossover potential. They all pick the same dream co-star: Supergirl.