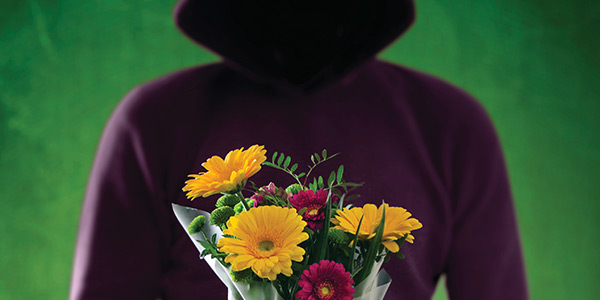 Jam at the Finborough Theatre

We all have bad experiences with teachers; some are worse than others. Jam tells the story of a history teacher named Bella (Jasmine Hyde) who, haunted by a rough past with an old student, has moved towns in an attempt to start a new life. Ten years later, Kane (Harry Melling) visits her classroom in the evening wanting to make amends with the past. Written by Matt Parvin, Jam breaks the barriers of teacher/student relations and leaves audiences reflecting upon the pertinence of righting past wrongs and forgiving.

It felt awkward from the start. Nothing made sense in this play. I don’t think that is necessarily a bad thing in theory but the execution was off. At first, it’s unclear why Kane shows up to see his old teacher late at night and why he carries a baseball bat in his bag. This sets the stage for the play and leaves the audience waiting a little too long for answers; the attention is lost and the confusion just sets in even more. As both characters begin to tell their versions of the past, no one knows whom to believe. Kane was a difficult student to say the least but Bella doesn’t seem to have any forgiving nature. The story leaves room for interesting character development as we learn more and more about the past; we go from preferring Bella to hating her in a relatively short period of time. Kane is weird. It is difficult to trust the validity of his words when he speaks, making Melling’s portrayal of the troubled young man a success. The awkwardness of his body language never disappears. Spectators can almost smell his pungent body odor and feel the creepiness of his demeanor as he sits on a chair or climbs the metal bars on stage. He plays Pokemon, he walks around, he searches the classroom for food and he stands far too close to his teacher, almost sensually and we never really know why. Bella seems terrified and on edge, rightfully so. Hyde’s portrayal isn’t as strong as Melling. The chemistry was warped between the two, which was the essence of play yet, somehow, it didn’t feel right. I was constantly frightened and perplexed by the awkwardness of the exchanges.

I didn’t understand the set design (Emma Bailey) until the last few minutes of the play where a bizarre cat and mouse game takes place between Bella and Kane. The choice to bring a metal structure trying to create a classroom is an odd one and it didn’t serve its purpose adequately. Sometimes staying true to the classic structure is boring but here it would have been beneficial to get into the story a little more.

Jam is creepy but the production offers interesting character development with an unorthodox plot analyzing the relationship between a troubled student and a strict teacher. Theatre isn’t always supposed to leave you satisfied. Stepping out of your comfort zone is important to be more critical but sometimes it can lead to slight disappointment. Is it worth seeing? Yes, but only if you really enjoy strange stories with confusing endings.