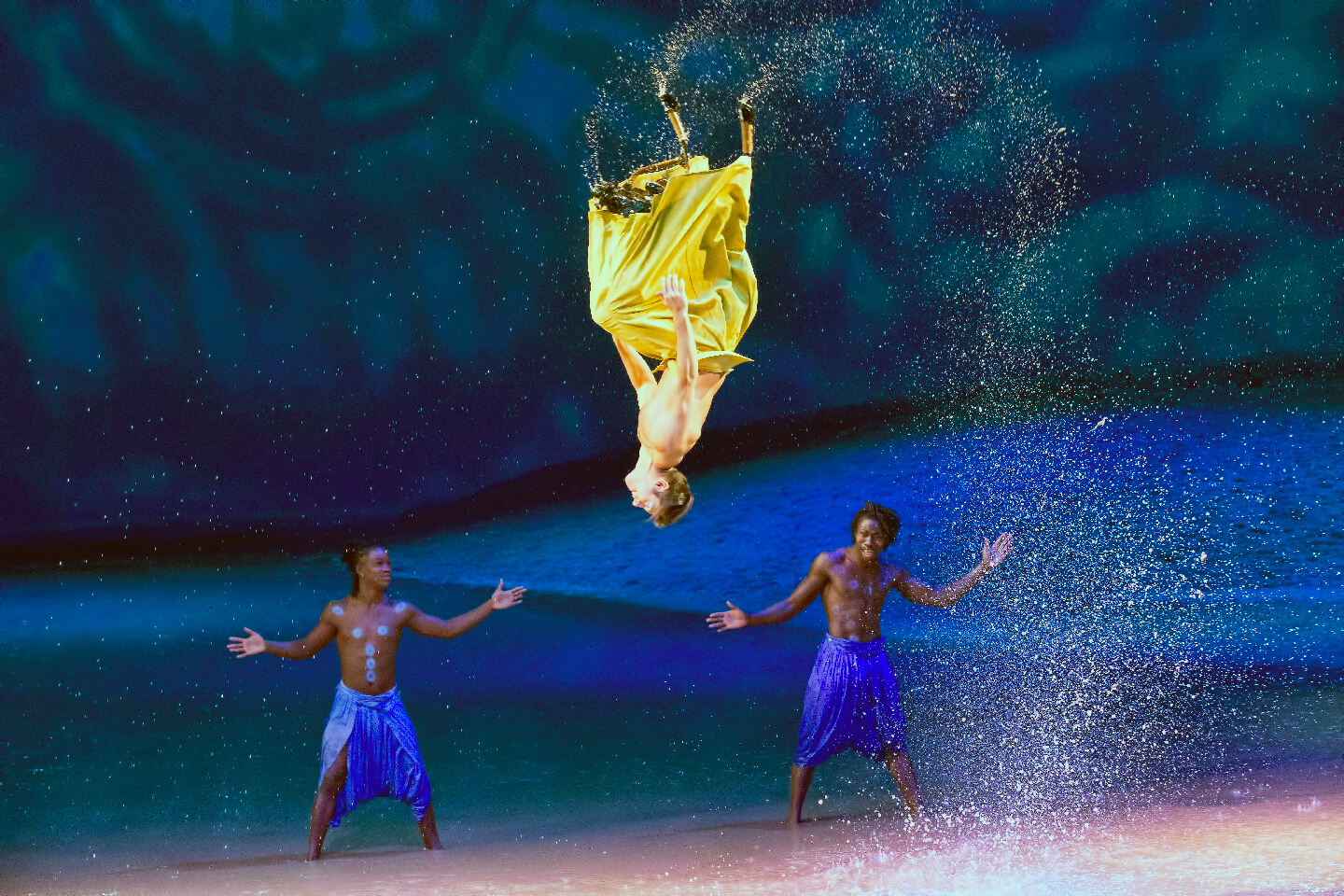 Cavalia’s performance of Odysseo has returned and hardly needs an introduction. The show teases prospective audience members with the promise of galloping horses, flowing manes, impressive circus feats, and magic. And honestly, it does not disappoint.

The company, founded in Montreal by Normand Latourelle boasts the world’s largest touring company and tent, as well as 65 horses and 50 artists and acrobats. Odysseo treats us all to one of the basest human desires, which I believe is to have a relationship with horses that somehow passes beyond our capabilities of understanding. The horses in the show are impeccably trained, having undergone 6 years of training, but the performers show us what it can be like to have a massive, majestic, incredible being listen to you with such honesty and vulnerability. When the first horses walked onto the stage, alone, in semi-darkness, it brought tears of yearning to my eyes, and watching a single woman stand in place while 8 white stallions and geldings galloped in a circle around her, and then in an instant stood before her to nuzzle her hands put the audience in a state of awe. Despite the understandable (and necessary) skill of both horses and trainers in the show, what was most interesting to me were the relationships between them and the incredible variety of personalities so evident in the horses. Unlike a human who can adopt a persona for the stage, the horses stand before you just as they are. Some are loyal and loving, some a little goofy, some a little more haughty. After intermission, there was even a pair that put their sassy-pants on and galloped around and around the stage while the rest of the horses pin-wheeled in formation, just because they wanted to. But all of the horses, when they lay on their backs to roll in the sand, legs kicking, you can see their joy and sense of freedom.

Cavalia was also able to incorporate equestrian and theatrical arts in an interesting and innovative manner. I had feared that the show would feel like a piece-meal recital, but there was a clear effort to combine acts so the art forms could blend together. One of the most stunning moments was during the aerial silks piece in the second act, when four women were suspended high in the air, and riders below them held the ends of their silks and cantered the ladies in circles, so the air was full of flying fabric and beautiful shapes. The skill of the aerialists and acrobats was also undeniable. Each piece was so creative in its conception, and interspersed with dancers, singers, and movers so that the show really held together in its continuity.

However, despite Odysseo’s intricate production, amazing artists, and creative concept, what really struck a chord were Latourelle’s opening remarks. The show performs in Mississauga next to the Hershey Centre, and Cavalia’s director addressed the audience before the show, thanking everyone for their interest in having the company return to Ontario. He took some time to remind us how lucky we all are to live in Canada, have freedom of speech, and human rights, and how Canada, in its 150th year, has opened its doors to Syrian refugees. Latourelle was so moved by this, that he had relegated 800 tickets on the opening night of his show to invite these people to come participate in an evening of magic. The feeling of love underneath the big top was so moving and wonderful, and really brought home what it means to be Canadian.

I was so grateful to have the privilege of seeing Cavalia’s Odysseo, and will always remember the feeling of community and breathless excitement from that evening.