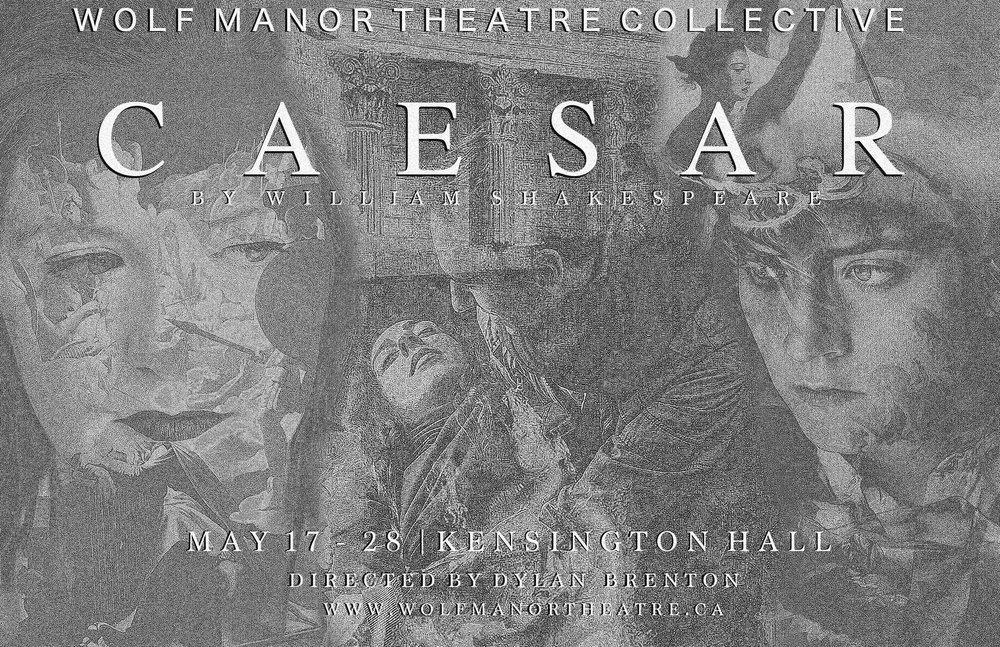 The strength in acting varies across the cast. By far the most interesting to watch are Williams as Cassius and Beauchamp as Casca. It’s also always interesting to watch a classic play with some of the main roles cast with women, though it’s unclear what the purpose of that is, exactly. The extra move of changing all of the pronouns (in this case, from ‘he’ to ‘she’ in the case of Cassius, Brutus, and Caesar) also underlines the fact that, unlike Ravi Jain’s recent production of Hamlet, the characters themselves are women. The effect is less the cognitive dissonance of Jain’s production and more a sense of fantasy or science fiction.

The title indicates the play revolves around Julius Caesar, but if you’re familiar with the story, you know that the plot is really about Brutus’ dilemma: deciding between what might be best for Rome, and her loyalty to her friend. This production makes it seem almost as though Cassius and Brutus were onside the entire time – the real internal struggle that Brutus endures feels weirdly absent.

Brutus vacillates between betrayal and loyalty, but it felt like the show doesn’t hit as many notes as it could have in order to show the emotional journey involved. Leon’s Portia provides some contrast here and gives us more a sense of what Brutus’ emotional life has been like in her reaction to her behaviour, but that was as robust as it got. A lot of the acting seemed to dip into playing the emotion rather than the intention, which is frustrating when it comes to Shakespeare. So much is happening so fast and the poetic language can be hard to follow if you’re not familiar with the play. There was a lot of intensity in the acting, but not much emotional variation, and as a result a lot of the meaning gets lost.

The set consists in several blocks, covered in text, piled in the centre of the stage, with old, dusty books sprinkled around the blocks. The stage itself was pretty dusty with what seemed to be drywall, though it’s unclear if that was intentional (and be careful if you place your bag on the ground). There is also a lot of sand that falls out of each letter as the characters open them – presumably to give a sense of the climate, but the envelopes have been overstuffed and the result is unintentionally comic. On the upside, the set does provide a central piece around which the action can happen. The audience faces the action in a semi-circle that stretches upstage. I was sitting in the most upstage seat possible and was impressed that I wasn’t simply staring at the back of all the actors. Beyond that it’s unclear what the set represents – other than perhaps reminding us that Caesar is an important figure and literary/historical story. A story worth telling in new ways, especially in our current political climate, but in the end it’s unclear to me what this particular production is contributing to the discussion.