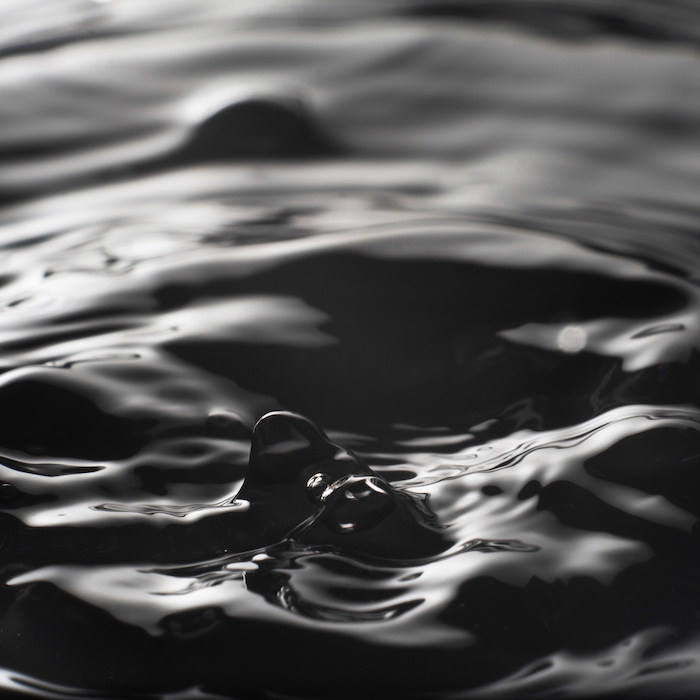 The Ferryman at the Royal Court

It was an Event.

Jez Butterworth is The Playwright. An Architect. Racy and gnomic. Not a priori great—David Hare was The Playwright and he’s made no great work since Skylight. But look at any recommendations of the century’s best plays: Jerusalem ranks one.

Since 2009 Butterworth’s done minor work, like The River, and disconcertingly/reassuringly added to a handful of middling-to-awful films—you’d assume big studio material with its low artistic threshold would be easier to write but the curate’s eggs throw theatre snobbery in relief. Can you believe he wrote some of Spectre? England’s Playwright wrote (part of) the worst English film of last year. Think about that.

Butterworth has tropes (see also 1995’s Mojo). For The Ferryman I could sniff poetry, mythology, love-ladenness and a grand patriarchal protagonist from a mile away. But I feared this:

‘When new plays set out to imitate reality … even if it is a quality of life that they wish to evoke, we are usually offered no more than the literary quality of the well-turned phrase.’

For despite the reputation as a capital-A Artist, the man can overwrite—as though he must satisfy a rootless academia (try to read the elegy to fishing in The River, I dare you). My god, it works sometimes. Jerusalem’s finale of a nature-cry to national history intimidates me, but I’m always cagy with praise, especially when a press night turns into an Event.

An Event: a new maybe major work from a major playwright in a major theatre. But ‘major’… something ‘major’ is unassailable, worthy, every Classic you had to read but from which were categorically estranged. I’m cautious.

County Armagh, Northern Ireland, 1981. Ex-IRA Quinn Carney must make a decision concerning his brother Seamus who disappeared 10 years ago. Either he denies the IRA’s involvement with his death or he surrenders his own life, and possibly that of his family.

Mmm. Sounds like a thriller. But I thought plays were people mostly waiting around talking? So they are, and so is this, because the political-paramilitary-intrigue is buried in most of the ‘action’. Act One: Carney’s farming family prepares to receive the Corcoran’s boys (family friends) for a feast to crown the harvest season. The Carney’s are many bodies: Quinn, Mary, Caitlin (Seamus’ wife and widow), Aunt Patricia, Uncle Patrick, Aunt Maggie, JJ, Michael, Shena, Nunu, Mercy, Honor, Oisin (Caitlin’s son) and baby Bobby. Thrown into the mix is rambler and labourer Tom Kettle, a possibly autistic Englishman abandoned by his parents at age twelve who’s grown up on Carney land.

So Act One is a nonchalant hour of ‘life’ theatre: a plotless portrait of characters ‘being’ just so inescapably human. They bicker, shout, swear and trade warm words of care. Aww. You sense a dash of twee. And actually, it wouldn’t bother me that much as some of the Act’s quite effective in set-up. Each character over the age of 20 displays at least an attitude that bears on the action. Yet the fact a theatre audience finds kids swearing the funniest thing makes me want to burn down the West End. The theatre laughs in this play…

Side bar: theatre laughs are the consequence of decades of insularity and a merger of normativity with description, which is to say 99% of ‘jokes’ in theatre (drama) are terrible and audiences laugh because it’s polite and yet in doing so impede on the very thing they love. Or maybe I’m misanthropic. But I fear theatre-as-out-of-touch perfects itself in the guffaw at a seven-year-old saying ‘Fuck’.

Again, Act One is where the Carney’s prepare a meal and the harvest, with a vagueness of adults’ former and current politics including the hardline republicanism of Aunt Patricia, and also a lovely fake out following the Prologue (yes, there’s a Prologue. I’ll get to it) where Quinn and Caitlin share a bottle over Connect Four in the wee small hours, and we assume they’re husband and wife only for the grey light of morning to reveal they’re non-lovers. Because that’s the other thread throughout Ferryman, the love triangle of Quinn, Mary and Caitlin, although there’s no pin-sharp monologue on separation as there is in The River (that play’s redeeming feature, I think).

To cut through the twee, there’s a chance for atmosphere with the family, and I mean atmosphere in the sense of what Icke did with the warmth of Elsinore (actually, there’s a wisp of warmth in the Caitlin-Quinn would-be tryst, but it disappears). Having more than ten actors packed into Royal Court’s main stage with ostensibly real characters with ostensibly real space could form something, something evoking a non-verbal, non-obvious sense of daily life, but Sam Mendes (whom I feel less and less keen about), does a big fat nothing with the stage. Especially… ESPECIALLY when Butterworth likes evoking the otherworld, for where it was beings of the bosk in Jerusalem here it’s banshees, and surely they deserve more than just cool imagery. Such. A. Waste. And only in Act Two’s dancing where the lines so set prior melt away does the space become other.

Act Two: the Corcorans come, Shane, Diarmand and Decland, and everybody feasts. Mid-way through the meal they clear the floor to jig. At this point you probably think how stock-craic and almost exploitative this play sounds. The Carney’s at times could live in a brochure. And there’s the odd political squeamishness, because Butterworth’s a Londoner doing a play about The Troubles rather than a Friel or McDonagh, and there’s somewhat of a gaze to the whole thing. It doesn’t envelop it to be clear, but the effect’s still a bit through-a-glass. Maybe it’s because the the script’s Hiberno isn’t far off from ‘standard’ English, or maybe I’m an essentialist. I don’t know.

Post-dance, Muldoon the IRA lieutenant turns up armed with goons and crystallises Carney’s dilemma (Father Horrigan arrives before to tell Caitlin and Quinn of Seamus’ death but he doesn’t make the choice clear). And yes, actual plot kicks in. If Quinn doesn’t do X that’s against his principles or emotional values or else, he and any number of loved ones will die. That’s the dilemma, but for all its apparent frankness The Ferryman doesn’t show or inculcate Quinn’s principles or emotional values—a neat complication in that protecting his brother’s memory butts against the love for his brother’s wife, but that’s it. Perhaps it’s in the general sense of right and stake that the family gives off in their many vignettes. Hard to tell. The point at least is there’s absolutely intractability, with hell to pay either way. Muldoon and goons enter with a thrilling menace, but only because they burst in 90 minutes gone into an already high-strung moment. It’s a payoff, sure, stalling the plot for so long, but the tension’s not really worth it. The thriller part is so drawn out it becomes its own negation, and Butterworth’s mentor was Pinter, but the IRA members are no less menacing than the villains of Hollywood tentpoles.

That’s all A plot stuff. B plot is the morass of young men talking war in Act Three—Corcoran and Carney—where radicalised Shane tries to stir up praxis following the death of hunger striker Bobby Sands (note to self: I have to see Steve McQueen’s Hunger). There’s stakes here, and interest, and it’s great, and may just be because relative newcomer Tom Glynn-Carney absolutely kills it. Hawkish and raffish and pathetic, his Shane’s remarkable and remarkably underused (I promise you Glynn-Carney will nail his role in Dunkirk).

Again with the entrance of the IRA, there are payoffs to the stuffy action. It ends In true tragic mode in a deathly brawl and in the very very end everything overclocks for a few seconds before dispersing (because who cares about pacing?). I like the ending, to an extent. It actually has a mood and the creepiness of the Banshee mythos comes to some head until it’s quickly gone. Could you imagine if that had been maintained: atmosphere? But Sam Mendes doesn’t care and neither does the audience.

There’s a chance with a huge family for representation that’s neglected in most nominal ‘family’ plays (which mean age range 20-60 max). There are children, there are the elderly, there are the mentally ill. But the younguns here are non-functional window dressing. Filigree. Uncle Patrick is Butterworth’s vessel for academic expiation like the unbearable professor of Jerusalem, calling upon the Greek gods of the Harvest and name-dropping Virgil to give the play its hand-wringing Weight. There’s Aunt Patricia, who could amount to a rousing island of political anger but is hamstrung when we learn she only really hates the English because her never-to-be beau died fighting them (yep. Because girls gotta have reasons, namely boys, for getting involved!). And then Aunt Maggie, whom I took in like a sine wave. She’s got dementia, so I feared she’d be the awful, gutless cliche of the mentally ill person who acts like a Delphic oracle, which she was, until she showed a rapport with the younger girls of the family in her lucid moments (and that scene almost, almost passes the Bechdel test), then was back to gnomic vessel again by the end. Ooh, and Tom Kettle: the gentle giant who loves a certain protagonist. I have to mention him because John Hodgkinson’s performance is superbly offbeat in the way he steps over the lines of others’ back-and-forths, and he’s also in the one cry-worthy scene (cry-worthy is rare) of the play where Kettle professes love and proposes—well, cry-worthy, but mostly disingenuous and tropey; I can’t think of the exact film I’m thinking of with same set-up but imagine a gushier Forrest and Jenny.

What else? Paddy Considine as Quinn is charming if not dulled by a dull role, and Laura Donnelly (whom you’d know from my review of The Wasp) rocks in her character’s desperation and love and respect and frustration. Rob Howell’s set is naturalistic in the same way a spade digs the ground. The sound design is gawky, not liminal.

Way up I called Butterworth an architect, because despite the banality, forced jokes and pacing, the dedication to scale in such a small space gives shifts something. The night had by weird alchemy changed the air in the room. And it’s nothing to do with the Event of it all. Even if I reject its contents there’s a charm to the container, which is hard to explain. And also, again with the reference to his film work, the way the otherwise useless Prologue steps into Act One with ‘Street Fighting Man’ by the Stones makes an opening worthy of Scorcese.

Well… that’s The Ferryman. I’m realising I like reading plays more than watching them. Is it the audience? Is it the hype? Is it the other critics who’ll five-star this to high hell? All. None. I don’t know. If you like Butterworth, see this.