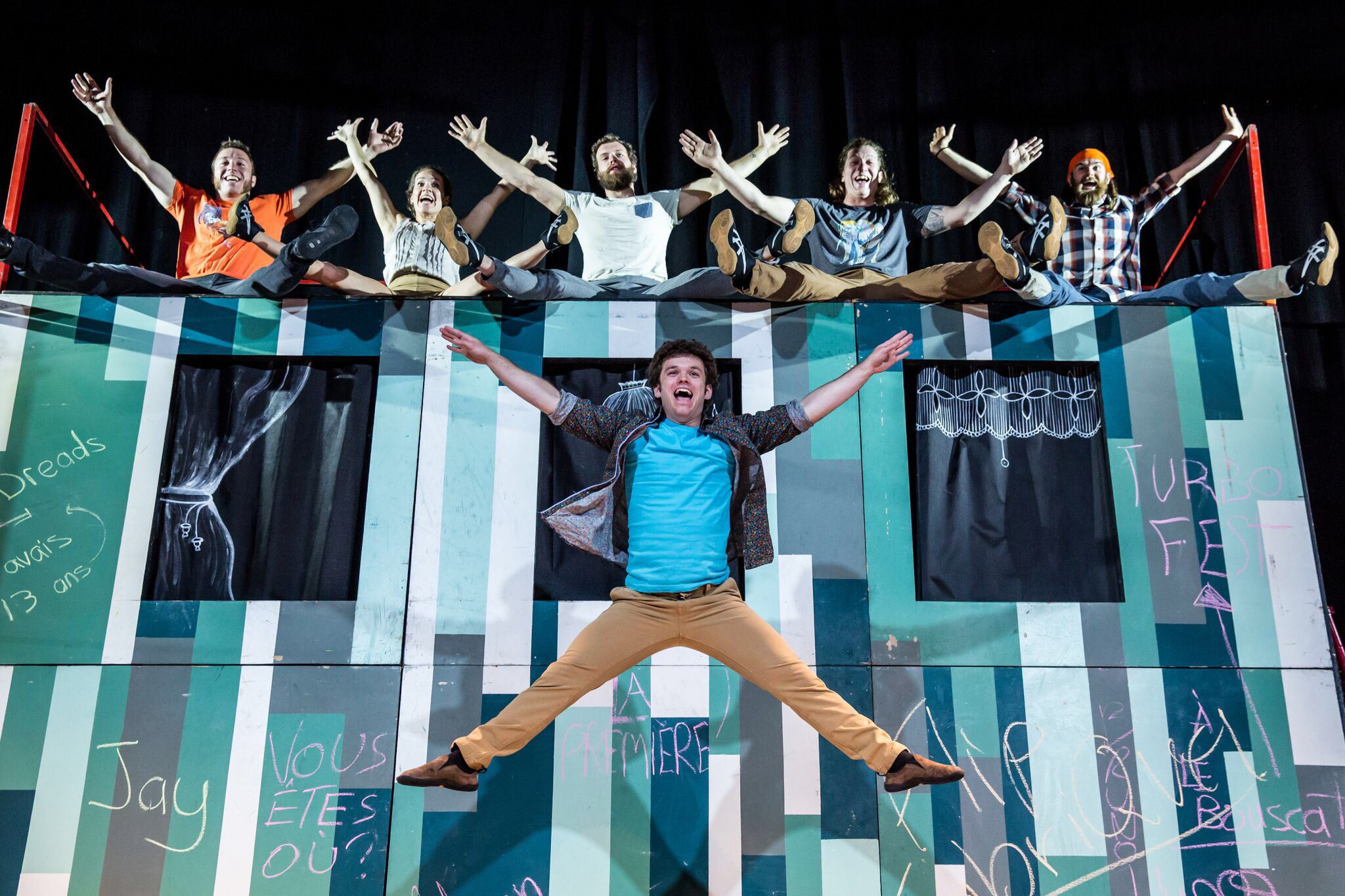 Flip Fabrique’s Catch Me at the Underbelly Festival

As the festivities on London’s South Bank get under way the big purple tent opens its bovine-adorned folds up to a fitting act of spectacle and astonishment. Catch Me (or Attrape Moi) comprises a group of young artists and circus performers from Quebec—a proving ground for the talented entertainers of this sort of thing. Running until the 9th July, this show is a great example of circus craft at its finest, with some daring feats and artistic movements that would rival some of the very best out there. Accompanied throughout by a fitting score and themes of a summertime, carefree past, Flip Fabrique’s new offering is a promising opener for the Underbelly and a great change of pace for the off-West End scene.

It’s difficult to go into too much detail about this rather compact act, particularly one that works to surprise you at every turn. What can be said without giving too much away is that the performers, quite rightly, focus on some of the more fundamental aspects of their craft rather than an emphasis on props or throwaway scenery. Instead, the groups effortlessly flip over one another, rhythmically timing their impressive acts of strength to the accompanying score—a diverse collection, which ranges from the more melancholic thought pieces of ‘To Build a Home’ to the more cheesy (yet still great) ‘Mandy’ by Barry Manilow. When scenery is used, it is used only to bolster the performance. A background piece, which resembles an apartment building, is used to great effect when joined with a trampoline during the latter stages of the show. This particular scene enables the performers to dash in and out of windows and pass each other mid-flight at gasp-inducing heights: the highlight of the overall show.

If I had one criticism, it would be that some of the more low-energy sections (which are understandable given the amount of physical activity needed to pull off the performance) drag on a little and are quite clearly filler. This pulls the audience a little out of the action and creates a few noticeable bumps in the show’s overall running. That is not to say, however, that the show doesn’t move forward at a relatively brisk and exciting pace throughout, and audiences are very unlikely to bore.

Catch Me is something a little different for the new season and sure to prove popular with an audience from all ages. It’s not every day you get to see a circus performance of this calibre and with such skill as that offered by Flip Fabrique during their short stay in London. Focusing on artistry and strong fundamental acrobatics and skill rather than the off-putting distractions of some circus performances, Catch Me is a well-recommended diversion of which to take advantage. Catch it while you can.