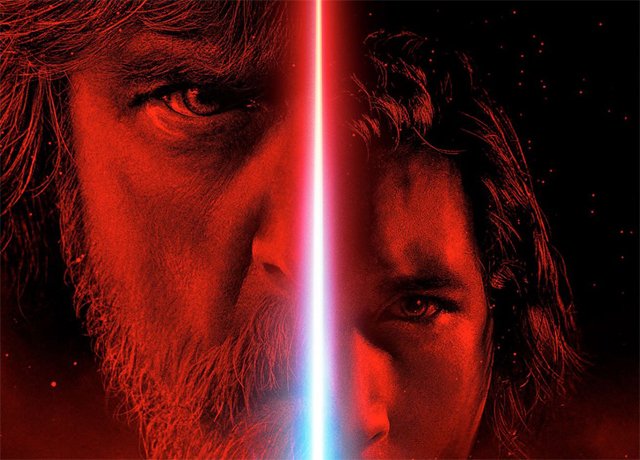 The Last Jedi: Why It’s Time for the Jedi To End

Never in my life – up until a few years ago – did I think there’d be a new Star Wars trailer, let alone a need to analyse one; but we live in a new world. An exciting, scary, but ultimately great new world for a lifelong Star Wars fan: suddenly, what we thought we knew has changed. Suddenly, we’re held in suspense after years of having lots and lots of comics and books tell us (with diminishing returns) what our favourite characters were up to. Suddenly we’ve lost Han Solo and are scared and excited for the return of Luke Skywalker (and worst of all, we’ve lost our General Leia in real life, but I’ll be covering that in a future post).

And so, while there are several second-by-second analyses out there (that are quite good!), I’d like to talk about the trailer from a different perspective: from that of a life-long fan with a deep understanding of the now non-canonical Expanded Universe, to see what light the old can shine on the new and to help explore the mystery presented to us in the new trailer: why the Jedi must end.

But first, some context:

The year was 1994, and I was gifted a tremendously thoughtful present: the Heir to the Empire trilogy, by Timothy Zahn. For the un-initiated, this was the book series that kept the dream of Star Wars alive, after the movies. A truly great (and frankly, genre defining) book series that created a Star Wars universe beyond the films: what was the Clone Wars? What kind of kids would Han and Leia have? What does the Empire look like after Return of the Jedi?

Zahn’s books dealt with that – and created a credible, canonical Star Wars universe beyond the end of Lucas’ films (utilizing Zahn’s own knowledge of the films and, oddly enough, the original Star Wars: The Roleplaying Game guidebooks by West End Games, which had fleshed out the mythology quite a bit since its publication in 1987, so much so that Zahn – when hired to write the books – was sent the game by Lucasfilm for reference).

That universe continued for quite some time – I have an over-clogged childhood bookshelf to prove it – but the basic fact remained: George Lucas had often stated that he’d planned a nine story arch. The Prequels came and were garbage. And – fuck – I tried, after every one, to justify its existence. But every second of each of them was the worst possible choice a writer could make.

Lucas, like J.R.R. Tolkien, was a worldcrafter. And though I’m sure this will gain me more hate than love – neither of them are good writers. But they are unmatched mythology-crafters. And even though I knew I’d never see Lucas’ vision for Episodes VII, VIII, and IX, I liked Timothy Zahn’s (and the ones I made up with action figures) just fine. And frankly, after the Prequels, this seemed like a blessing. The universe kick-started by Zahn, himself a fan, served me better than the one revisited by the creator (the Prequels).

And so, as someone who consumed every last iota of Star Wars anything (I even own a bootleg of the infamous Christmas Special on DVD), I told everyone, with confidence, that there would never be another Star Wars movie.

…and then, George Lucas sold everything to Disney. And suddenly…Star Wars.

With all that in mind, here’s my take on the trailer:

The new films have done a remarkable job of repurposing the Expanded Universe (that’s what everything beyond the films was called, before The Mouse.) The Star Wars books at their best rivalled or surpassed the films (looking at you, Thrawn and X-Wing series) but at worst were shitty sci-fi books that kept name-dropping characters and concepts we knew (what’s up, New Jedi Order/Yuuzhan Vong series? That’s right, I didn’t forget, you Chewbacca-killing motherfuckers.) Interestingly, though these stories are no longer considered canon (official parts of the series) the films have been cherry-picking and honing down the best ideas from the Expanded Universe to create the new films. Take Kylo Ren, for example, who is a distilled version of the Expanded Universe’ Jacen Solo, who also turned to the Dark Side becoming Darth Caedus in the Legacy of the Force books. With this in mind, I think the key to thinking about the greatest mystery in the trailer is to look to the stories that have inspired it. So, let’s take a little trip back to the Expanded Universe and try and figure out just what Luke’s final cryptic statement in the trailer really means.

“I only know one truth…it’s time for the Jedi to end.”

Obviously, this is a powerful statement and has already set the internet alight – we thought the Jedi were coming back to save the universe, what the fuck, Luke? Did the Jedi return for nothing?

The answer, I suspect, in the old Expanded Universe. During the New Jedi Order series, which followed the invasion of the galaxy by a race of pain-obsessed, Klingon-meets-Starcraft’s Zerg style warrior aliens known as the Yuuzhan Vong (who were invisible to The Force, which presented a hypothetically interesting adversary for the now plentiful Jedi, but actually played out as boring, one-note space orcs), the Jedi were forced to rethink their tactics and beliefs in the face of an enemy that was essentially immune to The Force. This led to a philosophical shift for the Jedi, where Luke and his nephew Jacen came to an understanding that there really isn’t a Light Side or a Dark Side, but rather good and evil people whose intentions whilst channelling The Force determine its nature. It was an interesting argument, but one that kinda flies in the face of everything we know to be true of the films – plus, the biggest proponent of it, Jacen, later overused it and became a Sith lord…sooooo, not a great track record.

In any case, this late-series oddity is a useful jumping-off point for considering what Luke means: the Jedi created a codified system of laws and rules to govern the use of the Force; and in the original trilogy and the prequel films, the Jedi and the Sith are our first and only real entry point into understanding Force users. Indeed, the horrible addition of the infamous midichlorians in The Phantom Menace goes so far as to suggest that some people are genetically pre-disposed to using the Force.

But with The Force Awakens and Rogue One, the new shepherds of Star Wars took a huge step in the right direction: by introducing Force sensitive characters who are not Jedi – most notably Lupita Nyong’o’s Maz Kanata in Force Awakens and Donnie Yen’s Chirrut Îmwe in Rogue One. There’s a real sense in the new films (as there has always been in the Expanded Universe) that what Obi Wan states in the first film is true: the Force flows through all living beings, guides us, and connects us. What Han Solo considers luck could well be the Force – maybe he could be a Jedi if he just believed. But what’s amazing here, I think, is that we may finally be moving beyond the Jedi and the Sith, which opens up tremendous storytelling possibilities.

And ultimately, the Jedi Order seems always to have been its own worst enemy: in the Prequels, we see an order that is complacent, blind, and unbending. We’re force-fed (please forgive the pun) the highly suspect idea that the Jedi basically abduct Force-sensitive children, whereas it was always implied in the Original Trilogy that a master could take on an apprentice at their discretion, as Obi Wan did thinking he could train Anakin as well as Yoda trained him – rather than the retcon that, no, wait, Yoda only teaches kids, then Liam Neeson gets you and tasks you with his dying wishes to train the magical Force messiah. Also, denying any of your Jedi emotional connection is fucking insane and constantly causes problems: Anakin isn’t allowed to go back and save his mother from slavery because…reasons? All the Jedi are obviously overly attached to their masters or apprentices, but somehow pretend that they’re not…it’s all generally infuriating. The Order doesn’t even seem all that useful for keeping the peace, constantly arguing for non-intervention WHILE IN THE MIDST OF INTERVENING (they’re as bad at the Prime Directive as the fucking Enterprise crew)

And, it seems with the rise of the Knights of Ren – who I’m still vexed to know nothing about – that the cycle of ‘Restore the Jedi, promising pupil falls, wipes out order, restore the order’ has continued and it would seem to me entirely reasonable that Luke is positing that the only way to stop this cycle is to dismantle it entirely: let the Force awaken in who it will and let them choose how to use it. Villains will rise and heroes will battle them, but at least they won’t be guaranteed to happen.

Aside from this fascinating hook, the other great gift the trailer gives us is a tremendous lack of content (a rarity, amongst modern trailers – as evidenced by the early release of the new Spider-Man film in trailer form. Seriously, avoid it). We’re given a bunch of glimpses of things that are cool, but known (Rey training, Finn healing, Leia being a general) some neat but empty action beats (Poe loses another X-Wing, Phasma continues to look awesome and will hopefully do something cool, the Falcon shoots some things, and Kylo Ren still has a lightsaber) and not much else.

And this, frankly, is fantastic. All we needed was something to whet our appetite (as Han saying “We’re home” did in the first trailer) and we’ve got it.   There are some Jedi mysteries (the Force tree – featured in the new comics and seemingly where the books are held in the trailer, along with the Jedi Order logo on the old book – the first hardcopy book to appear in Star Wars, if I’m not mistaken…), fantastic use of the classic and new score (didn’t realize how much I liked Kylo Ren’s theme until it played in the trailer and I got goosebumps), and of course Luke’s words. But happily, there’s still a lot of content that remains a mystery (we had a five minute chat about those red-dust trailing ships; my money was on mining vessels similar to the Cloud Cars in Cloud City – was right about it being a mining planet, so here’s hoping). It served, to my mind, the perfect purpose of a trailer: get me hyped, give me something to talk about, but don’t show me the whole film.

And so now, a few days later, it’s been strip mined, second-by-second, by fans around the world and left us wanting more.

In a word, the Force is strong with this one. And from the sounds of things, we won’t have to be Jedi to enjoy it.