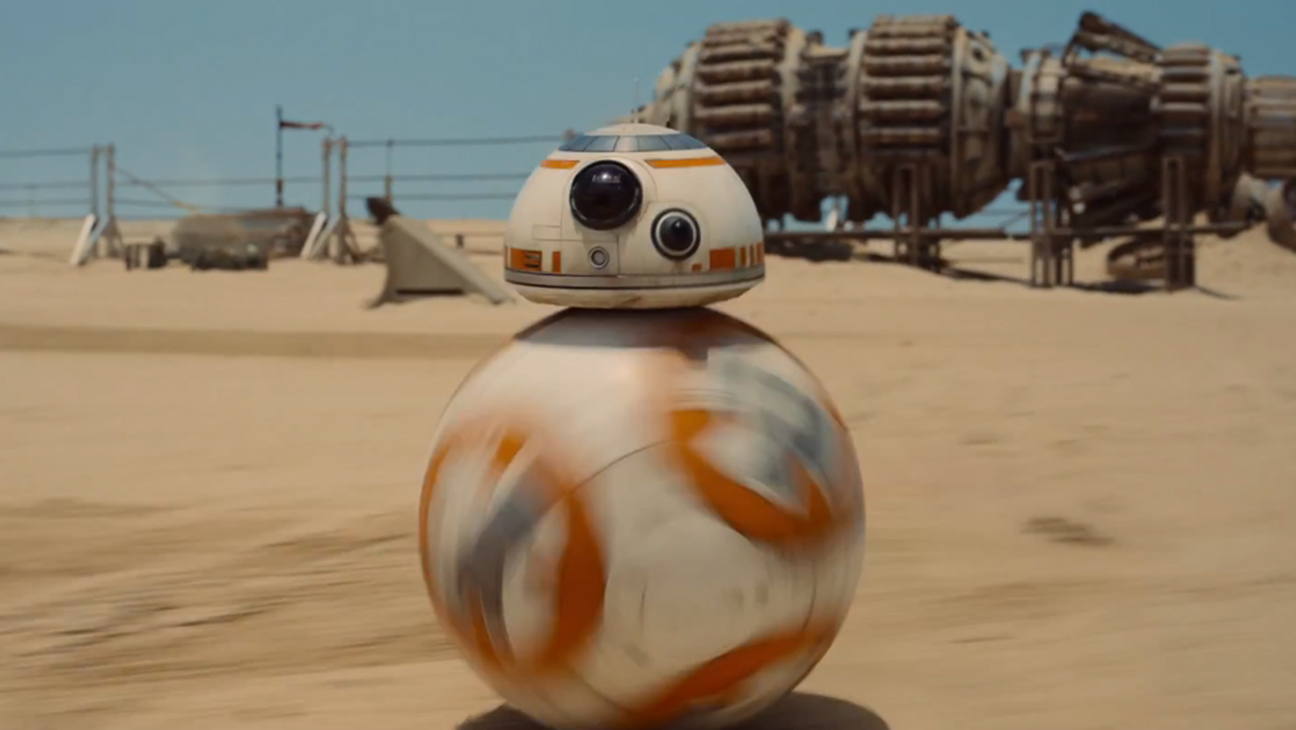 It is my humble opinion that, when it comes to a cultural landmark movie like Star Wars: The Force Awakens, even opinions and critical consensus constitute a spoiler. For that reason, I’ll throw up a great, big SPOILER WARNING right here, even though I am going to make a concerted effort not to ACTUALLY spoil anything. As such, there’s not going to be a lot of plot analysis – I may save that for a future retrospective after I see the movie for a second time.

In four words: I fucking loved it.

It was funny, and clever, and powerful. It took the existing Star Wars mythos seriously and expanded on them in ways that were at times classic and others surprising.

It used existing characters in a satisfying manner, while also introducing us to new heroes and villains that felt just as compelling. It mixed in fan service moments with rock solid storytelling. Harrison Ford hasn’t looked as alive as he did in this film since the LAST Star Wars movie.

And, because I’d be a bad feminist blogger if I didn’t at least mention it, it was probably the most successfully diverse film to also gross over $300,000,000 opening weekend. It was effortlessly grounded. There’s an old joke in Hollywood that in order to up the number of women used in a crowd scene you need to write into the action line “there is a crowd of people, half of whom are women.” And while the movie doesn’t always quite hit “half,” it’s consistently, beautifully diverse both gender wise and racially.

And the new additions to the Star Wars universe were almost universally awesome – from Daisy Ridley’s Ray, to John Boyega’s Fin, to Oscar Isaac’s Po. Ray managed to seem badass and compelling from the first moment she appears on screen – while Fin was at once sympathetic and grounding for the movie. The dynamic between Fin and Po was also classic J.J. Abrams, a nice touch in a movie that doesn’t get a lot of chance s to show off it’s prestige director’s style (mostly to its benefit).

The movie also deepens the themes of Star Wars, muddying the lines of good and evil, showing off the way that the series has matured since the days of A New Hope. And the writing is crisp and precise in a way that the prequels distinctly failed – gone are groaners and terrible acting and overwrought moment – in their place a fast, well paced fantasy movie with the minorest of romantic subplots and a healthy heaping of inter-family intrigue.

I could also nitpick – and may in fact do so in my more in depth plot piece – but overall I feel pretty sincerely that if you didn’t like Star Wars The Force Awakens, you went in PLANNING to not like it. I’ve intentionally avoided too much internet discussion of the movie, so although I see a generally positive consensus coming through my Facebook news feed, I haven’t been inundated with too many think pieces explaining what was wrong. Instead – I’ve gotten to experience pure fan joy from my many friends and family who have seen the movie who felt, for the first time, that original joy of discovering and enjoying Star Wars.

In these creative hands, Star Wars future seems bright and exciting. I almost wept with relief walking out of the theater because of just how damn satisfying this story was. And I cant wait to see where these characters go next and how else the creative team can expand on the original series.