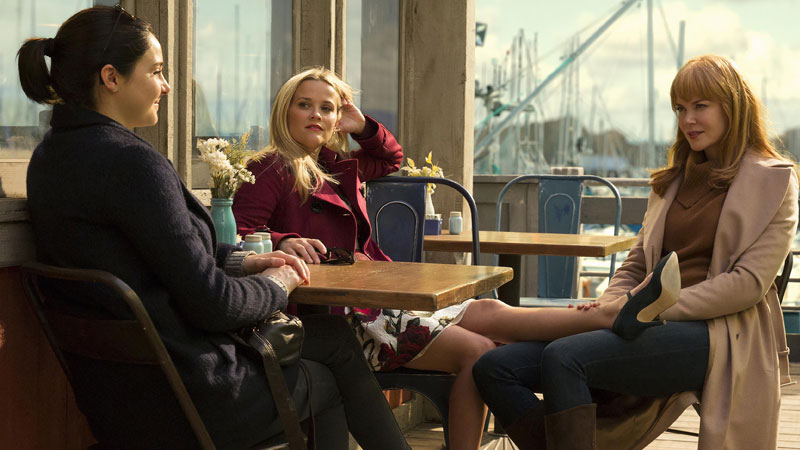 I’m sure by now you have come up with a list of reasons why you can’t watch every show. No time, no interest, and no access are all valid excuses for being behind on all those water cooler moments you’ve missed out on. When it comes to the show Big Little Lies, I fear your excuses are invalid because this show is a phenomenon, and honestly super important. I will proceed to only tell you half the reason why it’s super important, but I also don’t want to spoil you, so consider this half reason a favour. You’re welcome. The show is wonderful and this is coming from a girl whose interest in the three main actresses starts and end with Elle Woods telling off Warner Huntington III. Beyond that, I’m lost for a role that any of these women played that I’ve cared about, or that would even draw me into the show to begin with. Honestly, having Reese Witherspoon, Nicole Kidman, and Shailene Woodley headline the show actually did the opposite of peak my interest. Can you have a valley of interest? A void of interest? Like, how 45 feels about his daily briefings – that’s how disinterested I was. But, like all of 45’s opinions, I was wrong.

The cast of Big Little Lies is perfect. There’s the main three ladies – Witherspoon, Kidman, and Woodley – accompanied by the momma villain, Laura Dern, and baby villain Zoe Kravitz. The show is advertised as a female drama, but make no mistake, the men get just as involved in the Monterey theatrics. It’s more a murder mystery than a Desperate Housewives spinoff. Like True Detective, but with rich parents. The show is inherently about the women though, and their relationships to each other. They are all moms of six year olds in the same class, but it’s a not the simple archetype with little nuance that we’re used to. Every character has her own story, fully fleshed out and exhaustive with flaws. It’s fascinating to see women on screen who can tell the audience more with a facial expression than most female characters get to say in a movie. I’ll credit the actresses for that one, but it’s more than them killing it at their roles. It’s allowing their roles to even exist – allowing women to be defined beyond mom or wife, beyond catty foil to the male protagonists dream girl. It shows us that women are just as manipulative and powerful as they are sensitive and caring. And that’s pretty badass.

I can’t say too much about the show without spoiling all the good parts, because I honestly think it’s best to go into it with no expectations. If you’re thinking you have no time to watch it, know that it’s only a mini-series, 7 episodes, under an hour each, and only one season. You can watch it Sunday and talk about it Monday. Even if you think you’ve missed the water cooler talk time (seriously where have you been the last two months?) you should watch it anyway. I promise you have nothing better to do, because being a real person is hard sometimes and you deserve a break where you spend 7 hours deciding whether or not Adam Scott looks good with a beard. I am still undecided, so go steal your friend’s HBO Go account information and help me figure out the most important question I’ve asked this week.