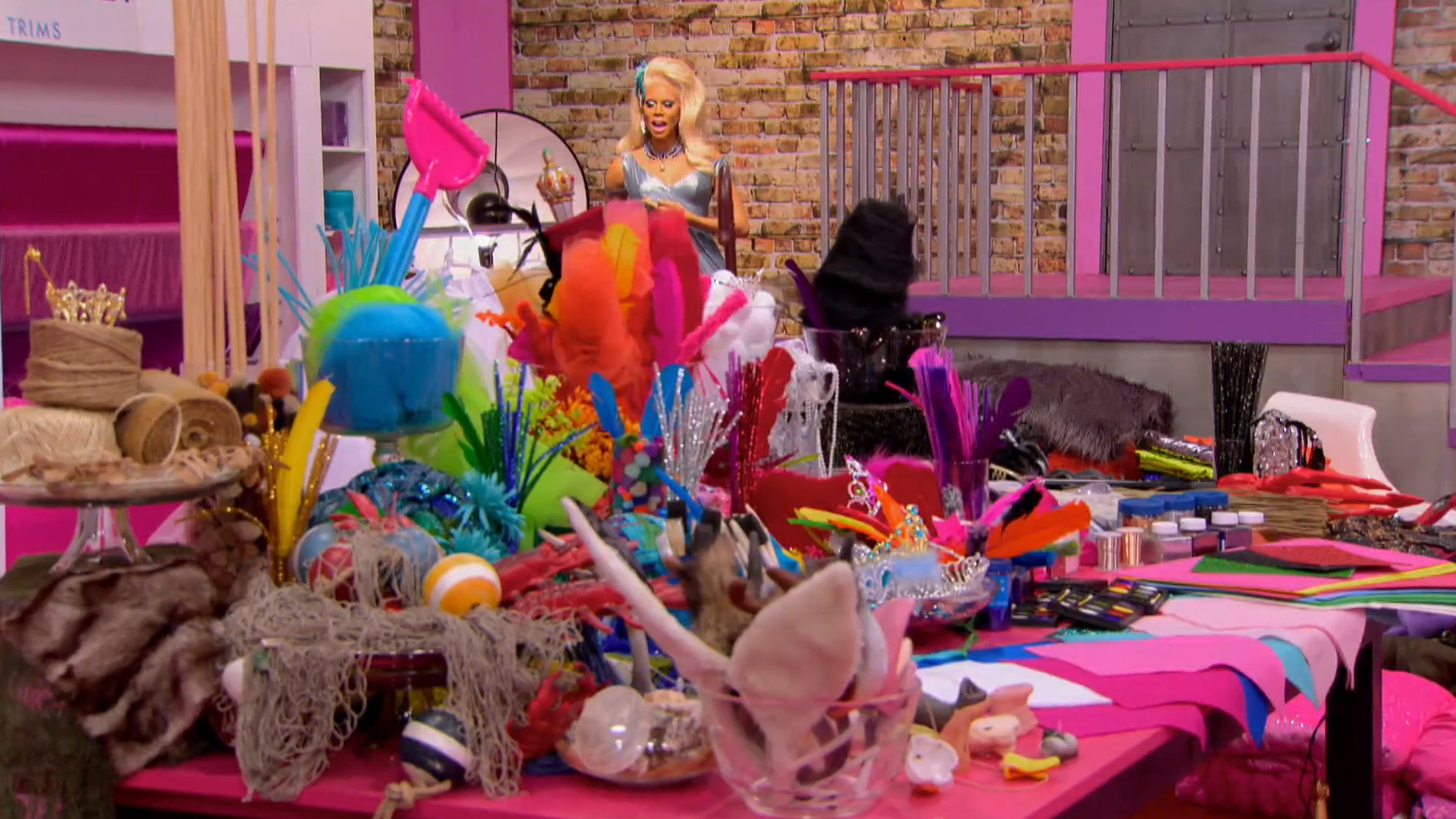 13 may be my lucky number, but it’s definitely an unwieldy [insert fabulous collective noun here] of drag queens. Looking over the rosters of previous seasons, I’ve completely forgotten the names of the queens who were eliminated early. The only exceptions to that are Shangela Laquifa Wadley, who was able to supplement her impression with a second chance on the show, and Cynthia Lee Fontaine, who is unforgettable.

This week’s episode began with Trinity Taylor setting her eyes on the prize of following up last week’s placement in the top 3 with a maxi-challenge win. She said it when the queens regrouped in the workroom after last week’s judging, so there was the expected sighing and rolling of eyes in both that room and on the couch where I sat watching. At this point, with impressions still being made, big talk is just that. But I learned not to jump to too many early conclusions in Season 6. That season started with a lot of big personalities and Bianca Del Rio didn’t win me over in the early weeks, but she won my eternal fandom by season’s end. Only Judy can judge me and the jury’s still out.

I’m kind of thrown off by this season’s lack of mini-challenges so far. Maybe the producers want there to be fewer moving parts as we get to know the queens? I’m a fan of those quick hits, though; getting to know who the queens are when they’re shooting from the hip pads and the little “game” details like granting advantages based on something thrown together in a few minutes. Hopefully those will make a comeback when there’s a smaller crowd in the workroom. At least the week’s maxi-challenge was an interesting multi-parter.

The queens were responsible for the creation of fairytale princesses, including a name, a mythology, a frock, and a sassy sidekick. It came as no surprise that they all had an easy time gravitating toward princesshood, but for two queens that manifested in an uncute way. Neither Kimora Blac nor Farrah Moan know how to sew. Aja’s reaction summed up my feelings perfectly. “It’s Season 9. How do you walk into the workroom without knowing how to sew? That’s just sad.” And not only was their inability to perform a basic element of the competition sad in and of itself, Kimora acted like it was beneath her and Farrah whined about it until Eureka helped her… to use a hot glue gun. Yikes. Kimora also had to have adjectives explained to her by Cynthia. That was a magical moment.

Based on how those moments unfolded, two of the bottom three didn’t come as much of a surprise. Kimora and Farrah were joined by Aja, who seemed blindsided by the judges’ critiques of her fairytale princess and then she lashed out at Valentina behind the scenes during Untucked. Valentina, who comported herself very well through that attack was in the top 3 again and has yet to display any real weakness – I’m very interested to see how her journey continues to unfold. And The Law Of Attraction was in full effect for Trinity, whose Jeff-Foxworthy-esque sidekick stole the show and played no small part in her winning the week.

When it came time for the lip sync, it was Kimora and Aja squaring off. I was underwhelmed by Kimora’s showing in the lip sync last week and she did nothing to elevate her game this time around. Aja, however, pulled out all the stops and, without question, proved that she belongs in the competition. I’m hopeful that she’ll stop pointing fingers at her fellow competitors and absorb the judges’ critiques. In any event, she’s proven herself formidable in a lip sync and that may extend her stay if she finds herself in the bottom two again. I have a feeling that the competition is just about to heat up.