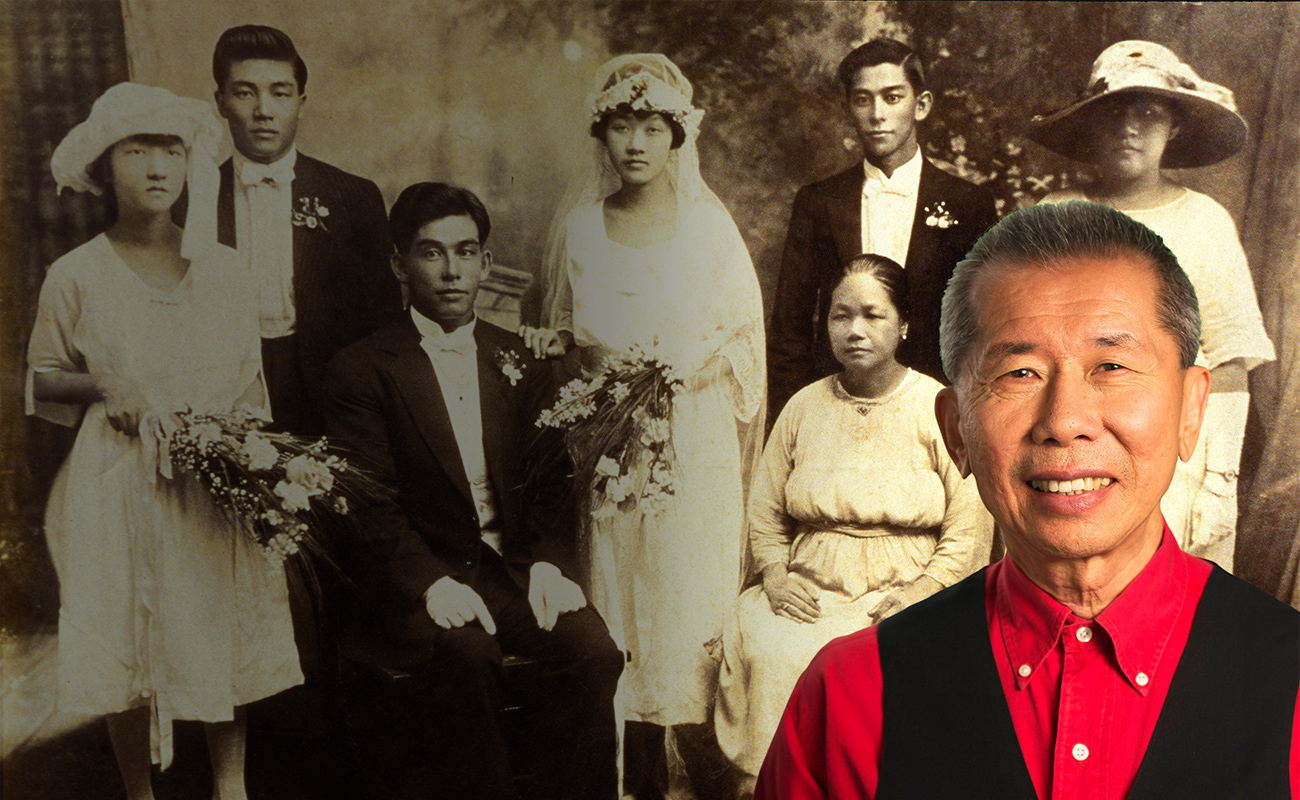 There is probably no more mundane a premise for a show then to present a slide-show of family photos while recounting that family’s personal history. However, William Yang’s Blood links is a compelling and emotional documentary. Yang’s affable story-telling style takes the audience on an autobiographical journey of one man (Yang) seeking his identity through his connections to relatives past and present.

Of Chinese heritage but (self-described) fully assimilated into Australian culture, Yang uses personal family photos to describe his process of uncovering his self-identity through his family lineage. Each photo over the hour long presentation was carefully chosen and deeply imbued with meaning. Yang takes great care to describe who was present for each photo, the location of each photo, his connection—both physical and emotional— to the people and the place in each photo, and sometimes who was not there as well. The result is a highly evocative experience as Yang weaves himself both a history and a legacy through storytelling and photography.

A trope Yang employed throughout the performance was to explain when a particular photo was the first or the last time an event took place. The finality of announcing that this was the last photo taken—of a particular family group or member—generated an emotional weight of empathy that allowed the audience to both celebrate and grieve the events of his and his family’s life. That one of the last photos he chose to share was his sister’s annual Christmas card, a recent one of which he and his brother were included in the picture for the very first time, ends the show on a positive note, addressing the flux and flow that will continue to link the family together.

Through careful curation and an easy charm, Yang tells a story of assimilation and self-discovery that resonates beyond his very specific circumstances, being easily relatable in the global postcolonial era. As one of the 2017 Canadian Stage Festival: Spotlight Australia productions, there is no mistaking the intent to have Canadian audiences draw connections between Yang’s stories and their own. Indeed, both CanStage Artistic and General Director, Matthew Jocelyn and Australian High Commissioner to Canada, Tony Negus comment on the festival, that it is not by accident that CanStage is shining a spotlight on Australian theatre during Canada’s celebratory sesquicentennial year—that this is an opportunity to reflect on the shared histories and common experiences of our two nations is clear.

The Canadian Stage Spotlight Festival is a biennial event, this year shining a light on prolific Australian artists. The festival runs from March 29 to May 7, 2017.