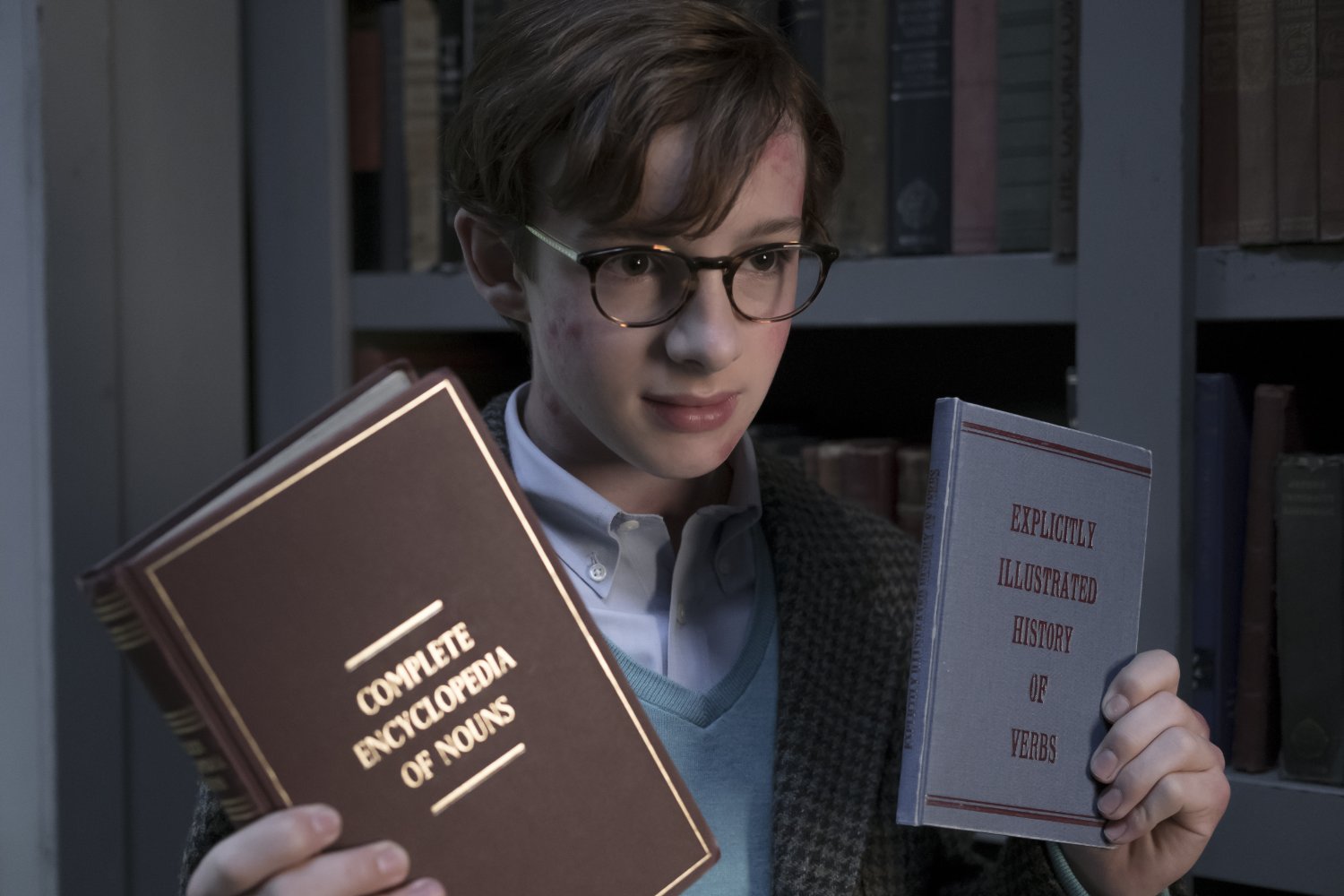 A Series of Unfortunate Events: The Wide Window

The third story in A Series of Unfortunate Events is “The Wide Window” and it’s…fine. It is good at points, but never achieves any greatness. The pacing problems from “The Reptile Room” continued, and got worse.

Overall, I liked “The Wide Window”, but I liked it less than “The Reptile Room”, which I liked less than “The Bad Beginning”. The fact that each pair of episodes gets worse is a little concerning. While watching “The Reptile Room”, I thought that instead of 8 one-hour long episodes, the show might be better served by four hour-and-a-half long episodes. “The Wide Window” convinced me of this. There is too much filler. There are either some scenes that dragged on for too long, killing the humor, or scenes that are completely unnecessary. The most egregious of these involves Count Olaf, in his disguise as “Captain Sham” singing a made-up sea shanty. That’s it. That’s the scene. I gave it the benefit of the doubt that it might reveal its significance later, but it doesn’t. There is also an extended scene where a house falls into the a large lake that goes on for far too long. The physical comedy (which stopped being funny by the end of that sequence) feels out of place, crossing the line from absurd humor to slapstick. It’s of course possible to incorporate multiple types of humor into a script, but in this case, the slapstick is about as exaggerated as it can get, and since it’s used in a long scene, it feels very jarring.

It’s a shame because “The Wide Window” is a fun story. The Baudelaires are sent to live with their guardian of the week, the paranoid, grammar-loving Aunt Josephine who has amazing lines like, “And be careful in your dreams!” We also find out more about the Baudelaire parents, and their secret organization. Not a lot, but we now know that Lemony Snicket is a member, and that Count Olaf seems to fear him. And Count Olaf was formerly a member of the secret organization.

But that last point raised more questions than as to why Uncle Monty doesn’t recognize Olaf in “The Reptile Room”, and why Aunt Josephine doesn’t recognize him in “The Wide Window”, since evidently they knew him personally. Aunt Josephine calls Olaf a “vastly untalented actor”. It‘s a great moment character wise for her, but doesn’t make a whole lot of sense if you think about it. If Olaf is such a terrible actor, why is it Aunt Josephine doesn’t realize “Captain Sham” is a disguise until he tells her? This is just another instance of the show putting out a line or moment that on its own is fantastic, but when examined as a part of the episode and not just on its own, it makes less sense. It’s sloppy, and it’s starting to weigh things down.

One member of the organization is Larry, a clown/waiter at a local restaurant. His big contribution to the episode is sneaking the Baudelaires peppermints – which they are allergic to-  to trigger an allergic reaction so they can escape. Dinner mints are pretty common at restaurants, so it wouldn’t be a stretch for the Baudelaires to get their hands on some on their own. And by having an adult think of an escape plan for them, the children seem less independent, and it takes away from their own cleverness. Larry’s other contribution is to clue the audience in on the fact that Snicket and Olaf know each other, but since that doesn’t seem especially pressing, it could have waited another episode or two before being revealed. Larry isn’t a necessary character. Sure, he adds  humor -his interactions with Olaf’s henchpeople were genuinely funny-  but ultimately, the episode pacing and the characterization of the Baudelaires suffer for his being there.

And while “The Wide Window” is the weakest set of episodes, it’s still enjoyable. Patrick Warburton as Lemony Snicket is especially funny in this episode. He had a lot of really amazing lines (“”Everyone is allergic to something. Whether it is gluten, injustice, dark chocolate, corruption, pollen …or common decency,” is probably my favorite). Louis Hynes as Klaus gets in a few memorable quick one-liners. And the few melancholy moments in the episode are effective. In particular, in the moment after Josephine’s death, when the children reflect on her faults, Snicket says, “…and while that doesn’t make a good guardian, it didn’t make her a bad person.” One of the things the show excels at is taking complicated feelings and capturing their essence in a simple phrase.

Overall, “The Wide Window” is a mixed bag. It gets more right than wrong, and most of what is wrong can be traced back to trying to fill two hours of screen time when there isn’t quite enough material. In some ways, that makes it more frustrating – if the powers that be could have trimmed out excess scenes, or in some cases, chopped off just a few seconds here or there, the episode could have been not just good, but great. Hopefully “The Miserable Mill”- Season 1’s final story- will have the show’s pacing issues resolved.

Mr. Poe says several times that peppermints were his 2nd favorite candy as a boy. What was his favorite? Inquiring minds need to know.

Honorable mention for best Lemony Snicket line: “Let me offer you a piece of advice even though I don’t know anything about you. Do not not take a sailboat that does not belong to you. And do not attempt to sail that sailboat during a hurricane. Especially if like the Baudelaires you only have a vague idea of how a sailboat works.”

Wise words. (Trust me, it’s not just what he says, it’s also how he says it.)