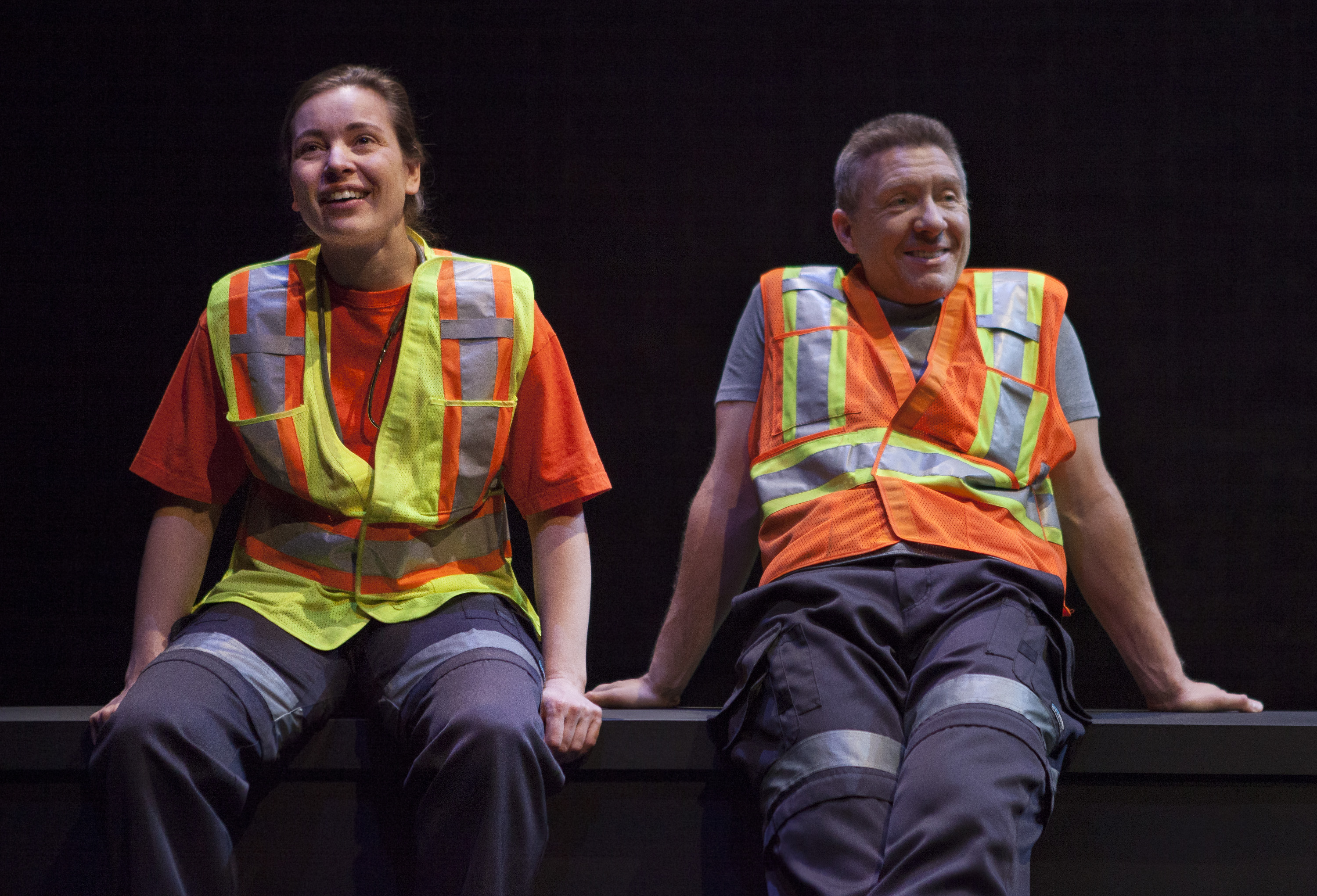 The story line is about Joe (Shawn Doyle) and Natalie (Daniela Vlaskalic), two city workers, waiting for fellow workers to cut down a massive tree. They banter, shoot the shit, just like you would expect blue collar, salt of the earth people to do. But Joe dominates the conversation like a wrecking ball dominates a building. Within the hour and 15 minutes essentially dedicated to their conversation, Joe gaslights Natalie, ignores her when she’s inconvenient, and presents assumptions as facts, kind of like a leader south of our border. He is manipulative and self involved, true to life. Almost too true because half the time I wanted to jump out of my chair and scream at him to stop being an entitled jerk.

Natalie walks that line where you feel sympathy for her, because we’ve all been in that position where we cower to male dominance, but infuriates because she doesn’t do anything. Joe is a man who comments on her girlish figure, who talks about wanting to convert to Islam for the hell of it after 9/11, a man who distorts reality so that he doesn’t have to reflect on his issues and shines them onto her. She calls him out for his comments but is shut down so aggressively that Joe’s authoritative position is cemented.

It’s obvious that Joe is not a likeable character and Natalie is someone you want to like but is so wrapped up in her current situation that helping her would be like pulling a captain off their sinking ship. But here is the crazy thing: the aversion towards the characters actually works. The Orange Dot has an unexpected twist where the unthinkable happens. While it is implausible, and incredibly graphic, it feels completely justifiable and, in a dark way, turns you into a Natalie cheerleader. It really shows the lengths women must go to for their voices to be heard.

Unfortunately, the twist is only 1/6th of the play. The rest of the play is all Joe, Joe, Joe, Joe. It is too long and the audience got restless, even despite the slivers of comedy that speckle the dialogue. Like Waiting For Godot, the audience is waiting for something, anything to happen. But you can see why Sean Dixon, the playwright, let it carry on to intensify the ending.