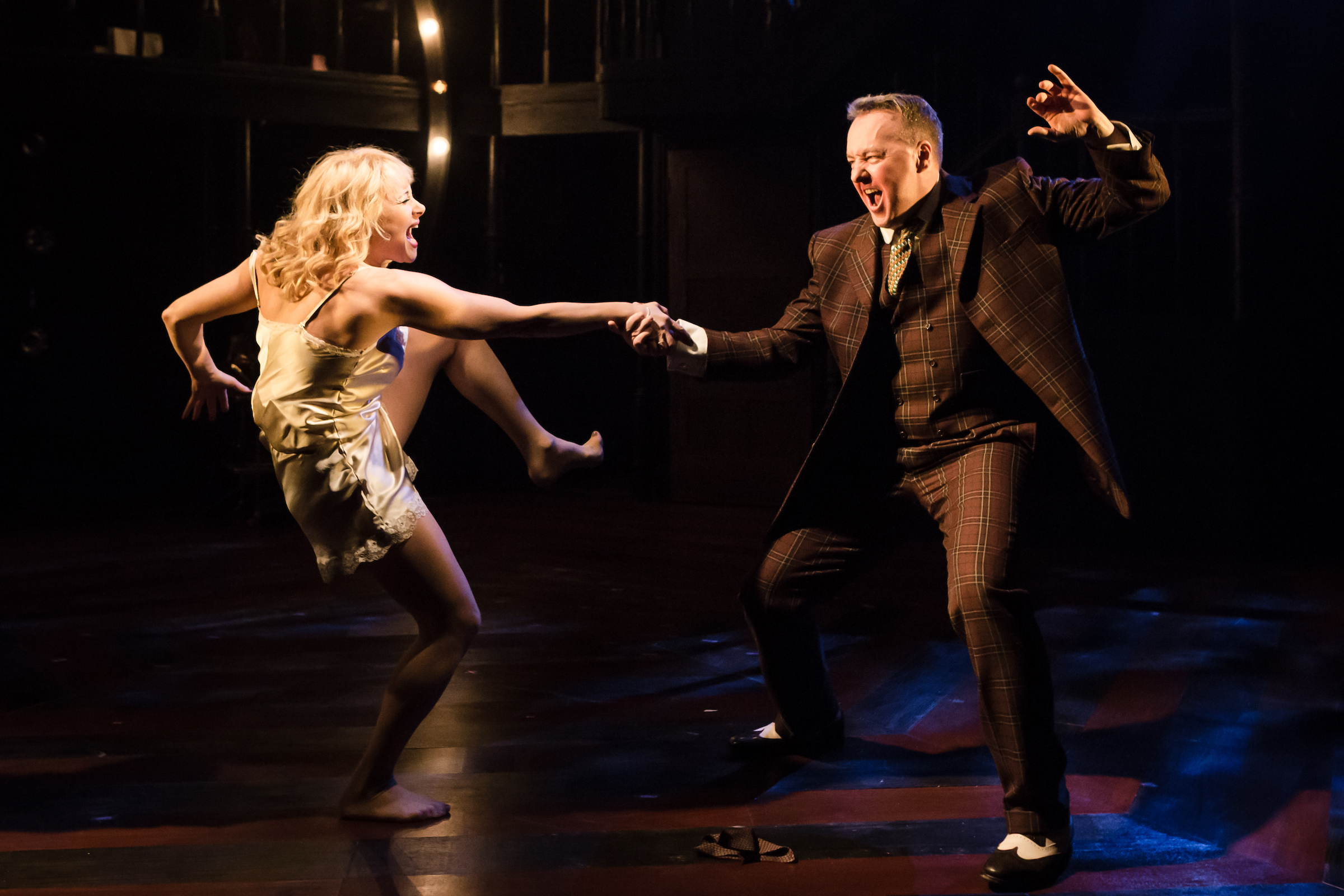 Joseph Moncure March’s initially controversial poem, The Wild Party, is subject to possibly one of the biggest coincidences in musical theatre history. Back in the 1999/2000 Broadway season, two totally separate musicals emerged, both using the exact same source material for their narrative—even more peculiar given the poem isn’t exactly the most obvious source material for a musical, let alone two (though given Lloyd Webber’s success using Old Possum’s Book of Practical Cats then everything is fair game). And it’s the aptly named “LaChiusa” version (after the composer) which graces the British shores this year, making its London debut at the newly named The Other Palace (formerly the St. James).

Queenie and Burrs are down on their luck. Neither are the stars they once were, their relationship is beyond repair, and life has taken its toll on both of them. They decide to hold a party. Guests arrive; debauchery and madness begin. Despite a large ensemble of intriguing and unconventional characters, the simple premise does begin to wear a little thin, particularly in the first third (or the titled ‘Promenade of Guests’ section). When the party gets in full-swing, however, the action lifts tenfold and the visuals match it. It’s filled with enough sex, violence and deceit for any punter, and definitely earns its 16+ age recommendation.

The fantastic ensemble cast are led by Frances Ruffelle as the irresistible Queenie, with Gusto and passion aplenty in her portrayal of the tragic ex-vaudeville dancer who masks her insecurity with extravagance. Ruffelle really does take this part by the horns using her whole body to relate the character—she never lets up for a second, which allows her to deliver the rip-roaring “Best Friend” with Victoria Hamilton-Barritt, playing Kate.

Scattered between the craziness of the party we witness underlying problems in the lives of all the characters. Not least in the dysfunctional relationship between Queenie, with her deliberately unsubtle flirting, and her husband Burrs whose temper easily turns to physical aggression. This relationship provides a lot of intrigue and fuels two enthralling musical soliloquies from John Owen Jones. The veteran actor, better known for his stints as Jean Valjean and the Phantom, is unrecognisable in this role. His is the only one that gets to break the fourth wall, providing a brief narration dripped in irony and cynicism; it’s also where we’re subject to the most raw and honest portal of human emotion in the show.

All of the star studded cast (really, what a cast!) get their 10 minutes in the lime-light, and are thoroughly deserving of it. What really makes this production though is their collective ensemble work. The show looks great, sounds great, and is unapologetically intrusive. The Wild Party requires its director to literally create organised chaos and I doubt anyone could do a better job of this than Drew McOnie. His ability to choreograph the drunken and brutally physical unruliness is no simple skill, yet he seems to manage it effortlessly. It is no coincidence that the last time I was this impressed by choreography was when McOnie was at the helm of In the Heights at the Kings Cross Theatre. ‘Gin’, the climatic end of Act 1, is when the action reaches maximum decadence and vigour. As a spectacle it’s pure brilliance and makes up for the occasional slower moment in the show.

The Other Palace has branded itself as a “breeding ground for musicals” and newly appointed artistic director Paul Taylor Mills is off to a flying start with this raunchy and riotous production of The Wild Party.