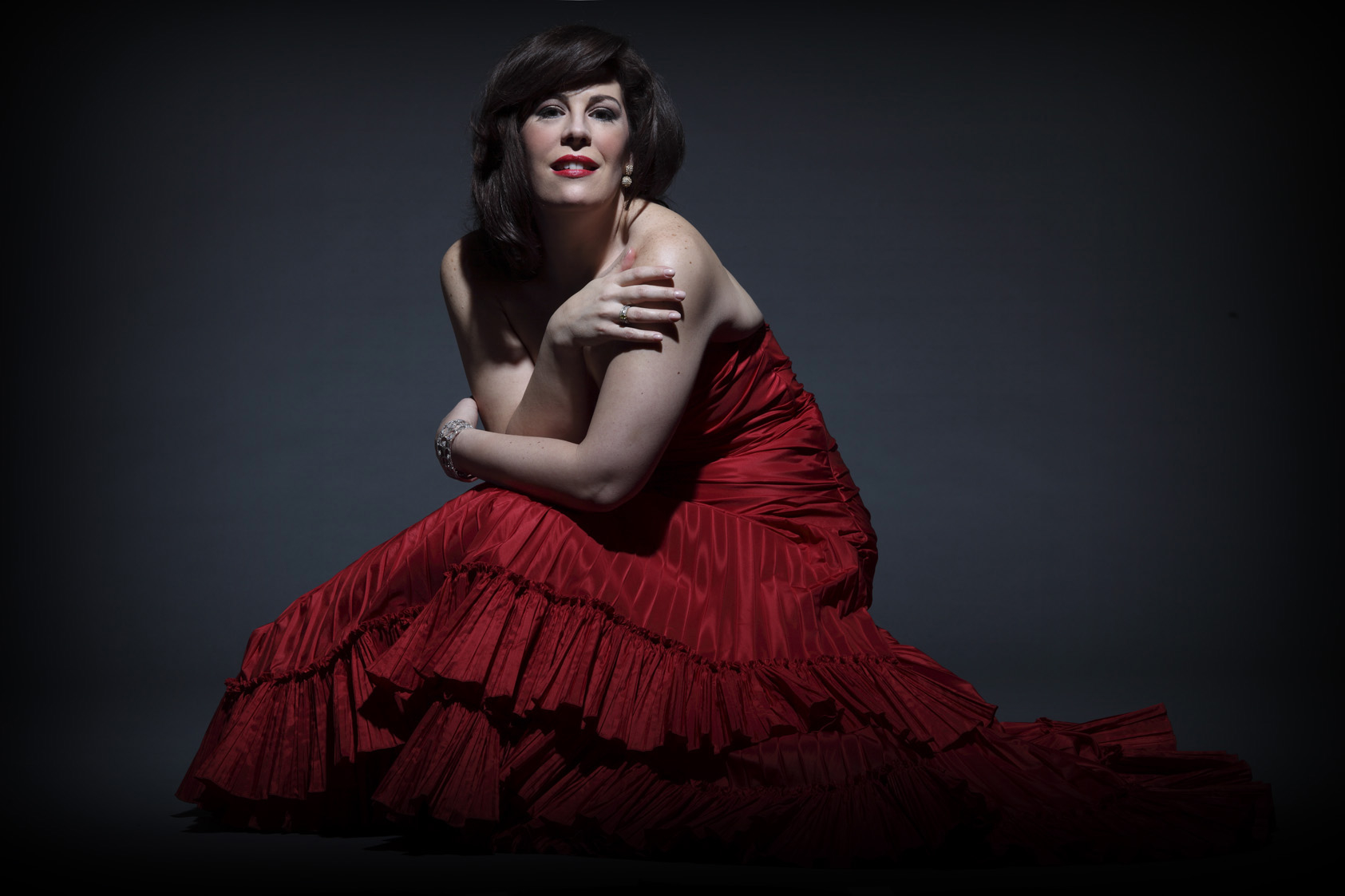 Sondra Radvanovsky is one of the world’s most renowned sopranos. She received her second Outstanding Opera Performance MyTheatre Award nomination for her glorious bel canto performance in Norma with the Canadian Opera Company. She took the time amidst preparing to debut a new role to look back at Norma and her time on the Four Seasons Centre stage and its burning pyre.

Can you remember your first experience with opera?
Hummm…well my first experience WATCHING opera was watching Placido Domingo sing Tosca on television and I was about 7 years old.  I remember just sitting in front of the television and being totally entranced with not only the music but also the theater of the whole thing.  I got the opera bug from that moment on and wanted to learn everything about this new thing called opera.

What is it about opera specifically that made you want to pursue it professionally?
I think the one thing that made me pursue opera was that I couldn’t imagine my life without music.  I honestly feel that music is in every fiber of my body and that it is knitted into my DNA in some way!

Where did you train?
I started taking private voice lessons when I was 11 years old…yes, 11 years old…in a little town in Indiana.  Always singing classical music, be it art songs or baby arias.  After that, my family moved to Southern California and I started studying privately while I was in high school with a voice professor at the University of Southern California.  I later went to USC and studied voice there and then transferred to UCLA where I studied both voice and acting.

What performers have always inspired you? Are they the same today?
Placido Domingo was the first opera performer to inspire me…and does so even today.  He was my first love in opera and I am SO grateful to him for sharing his art and voice with the world.

Tell us about your first big role.
My first leading role in an opera came when I was 21 years old and I was chosen to sing Mimi in La Boheme at the Sorg Opera Company.  I had to fly to New York City from Los Angeles and audition for the role….my first time in New York City and I was a MESS!  But I got the role!

How does working with the COC compare to other international companies?
First and foremost, working at the COC means that I am working and LIVING at home.  To have the luxury to work at one of the top opera houses in the WORLD while sleeping in your own bed at night is a rarity.  Then you add the amazing people who work at the COC in the mix as well as the sold-out audiences and the world-class orchestra and, voila, the perfect opera experience!  And then we have Alexander Neef, who hires some of the best singers in the world at the moment as well as putting on interesting productions of both standard repertoire as well as new operas and you have the best opera house in the world!

This is actually your second MyTheatre Award nomination. Last year you were nominated for your performance in Roberto Devereux. What stands out to you about that production?
First, let me state that I had NO idea I was nominated before for this prestigious award…thank you!  That production of Roberto Devereux was so very special to me for many reasons.  It was my role debut and it was with a director, Stephen Lawless, whom I had worked with a few times before and we get on like gang busters!  The ONE thing that stands out for me from that production was that Stephen really helped me get under the skin of the character of Elizabeth I.  She was a tough woman and an even harder woman to portray on stage because of the physically of the character…a woman at the end of her life who was declining quite quickly.  SO finding that balance of the old woman to the woman who still wanted to feel young and loved was a trick and one that I felt Stephen Lawless really helped me find.

You’ll be returning to the Tudor Triology next season in Anna Bolena. What are some of the great challenges and rewards of that series of operas?
The biggest challenge of singing/acting the Tudor Trilogy was just the sheer stamina needed to complete 24 performances of three operas in a 5 month period!  Mental stamina to remember all those words, physical stamina needed to carry those HEAVY, corseted costumes and vocal stamina to sing these three operas which are for three completely different voices and temperaments.

This year your nomination is for Norma, an epic role in an epic production. Where do you start when first learning a role with that much to it?
One has to start by looking back to history….who sang this role before me and how did they sing/act it?  Singers like Maria Callas and Rosa Ponselle were one or two generations closer to the time of the composer so they were passed down the vocal traditions from the singers before them.  So I listened to their recordings, not only for the voices but also to listen to the orchestration – when was the music loud and dramatic, when was it softer, slower, etc.  Then I went and translated EVERY WORD of the score, even when I wasn’t on stage, to get the feel of the whole story.  And the last thing to do was to learn the notes and make it MY NORMA, not a copy of someone else’s.  And this is a role that you don’t sing for the first time and expect perfection… it is a role that you have to develop over time.  It has to live with you for a while before it becomes your own.

Tell us about those beautiful a capella duets with Isabel Leonard. What is the significance of the a capella in that moment?
The reason why a composer will have these moments of unaccompanied music is to make a musical statement…to perk up the audience’s ear and tell them, this is something different.  It is usually a statement of an inner feeling, thus the reason it is usually on an “AH” or “OH” vowel only.  It is our reaction, as the singer on stage, to our inner feelings usually.

What’s your favourite piece of Bellini’s Norma score?
My favourtite moment in the score is at the VERY end when I am telling my father that I have two children and imploring him to take good care of them because they have the same blood as he does.  AMAZINGLY beautiful music at that point and very gut-wrenching!

Who are some of your favourite people to sing opposite?
Placido Domingo and Bryn Terfel

Do you have a favourite composer?
Tough question…probably a three way tie between Verdi, Bellini and Puccini…oh, and then Dvorak, Tchaikovsky,  Rachmaninoff and Donizetti…..Sigh, how about the composer that I am singing at that moment????  hehehe

Beyond your voice, something that stands out about your performances is the quality of your acting. How much focus do you give that side of the performance when you’re rehearsing a role?
I think that it is VERY important to imbue every role with the full depth of the character that you are playing.  Without acting on stage, it would just be like listening to a recording.  So I think it is VERY important to put as much focus on the acting as you possibly can, without distracting from what you are doing on stage as a singer.  Each singer knows how much brain capacity they need to sing as well as act….some people need to concentrate more on the singing while others need less concentration on the singing.  That is our job as a singer, as a performer, to figure this out.  And also, just how FAR we can push the emotional acting as well.

Do you have any dream roles?
Turandot, Pique Dame, Medea, Poliuto, Macbeth

What are you working on now/next?
My role debut as Amelia in Simon Boccanegra as well as a new recital program.

Is there anything you’d like to add?
I LOVE my job and have the best job in the world!