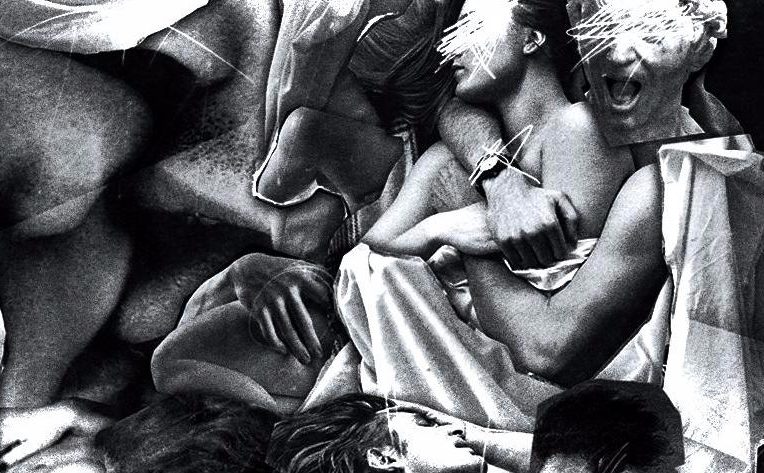 La Ronde at The Bunker

La Ronde is about sex. It’s about the anticipation, the aftermath and the desire of sexual acts. If you walk in without knowing this, even the most open minded of audience members will wonder why the actors always seem to be taking off their clothes ready to pounce on one another in bed. Written and directed by Max Gill, La Ronde is an adaptation from Schniztler Reigen’s 1897 play portraying sexual morals and social classes in an unconventional manner. At first, it feels like there is no coherence. It is difficult to discuss the plot of the play because the show features mini stories that are all in some way linked as the evening progresses. However, the stories are not played in any particular order. To make matters more complicated, Max Gill incorporates a wheel of fortune aspect to the performance whereby the wheel determines which actor will play what scene. The actors only find out on stage. Sounds weird? It is, but not necessarily bad weird.

It is hard to grasp the idea of a semi-improvised play that is not at all improvised. You need to go in with an open mind. As I was reading the director’s note, I quickly tried to distance my skepticism. All in all, I appreciated the creativity of the performance. I liked Max Gill’s idea that “the wheel also shapes our understanding of desire”. To him, sex is about more than the act itself.

I enjoyed Jack Weir’s lighting effects. La Ronde seeks to showcase the before and after of sexual acts. When said sexual act is about to begin, the stage does dark. As the lights come back on, the scene continues. This was very effective in making the play about sex without having us witnessing… everything. Even if actors are often half naked on stage, it added some discretion, which was appreciated by the more prudish members of the audience.

The changing makeup of each scene makes it difficult to comment on the chemistry of the actors on stage. While I may have thought the sexual tension in the scene between Vic, the university professor with spinal cancer (Alex Vlahos) and his doctor (Lauren Samuels) was strong and the chemistry was powerful, maybe tomorrow it will be weaker when different actors play the scene. The stories are quirky and refreshing. The student who sleeps with his cleaning lady, the older woman having an affair with a graduate student, the woman hiring a male prostitute because all she wants is to feel human comfort after having run over someone with her car…

While the up-to-fake conceit of the wheel showcases the actors’ incredible ability to switch roles on the spot, there’s also a downside. Sometimes the wheel has a mind of its own. Sadly, our show only got to see Leemore Marrett Jr. play for about 3 minutes because the wheel never turned in his favor; he could not play if the wheel didn’t designate him to play.

Would I recommend La Ronde? It would depend on who I am talking to. La Ronde is for the experimental theatre fanatics who enjoy a touch of absurdity and taboo in life. It might not be your cup of tea but it is definitely worth seeing to step out of traditional conceptions of theatre productions. I wouldn’t go back but I’m glad to have seen it.