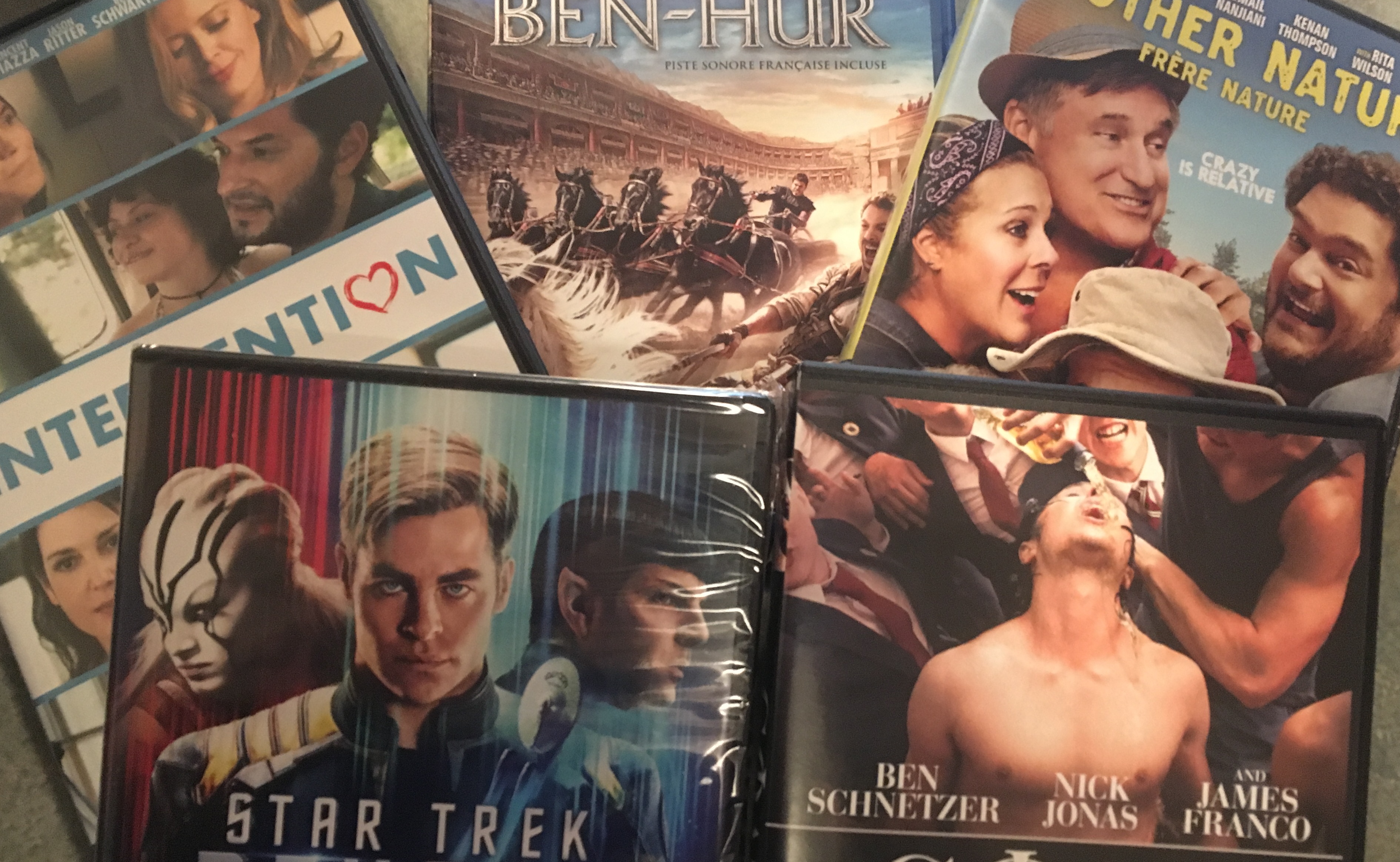 Click Here to read about the TV on DVD releases.

Star Trek Beyond
I liked it. It was weird, but I liked it. Well, I liked it more than Into Darkness. Definitely less than Star Trek 2009. My favourite podcast did an episode about it and explained a lot of weird plot threads that didn’t make sense and now I like it more in retrospect so, sure, I liked it I guess.

The Intervention
A “people in a house” indie with a killer cast and strong point to make about subjectivity and judgement, The Intervention is a pretty good film that could easily have been a really great film with a bit more honesty and a little less drama.

Maximum Ride
A pretty standard YA thriller about genetically enhanced teens, there isn’t much point in owning this one on DVD with a totally useless lack of special features and very little rewatch value.

Ben-Hur
This movie is atrociously bad. Long, confusing, cheesy and terribly acted, it’s just the worst. But the special features on how they made such a bad movie are actually pretty enjoyable and the Blu-ray looks good so, while I wouldn’t recommend watching Ben-Hur over, say, Maximum Ride, I would recommend this combo pack before I would Maximum Ride‘s single DVD release.

Goat
The first thing you need to know is that I personally believe Ben Schnetzer is one of the best actors of his generation in Hollywood. Despite delivering incredible performance after incredible performance in diverse, challenging films, he’s never quite gotten the credit he deserves. Goat is not going to fix that. It’s brutal far beyond what’s necessary for emotional effect. James Franco’s participation is far too negligible to play as big a role in the marketing as it has and, though Nick Jonas does a good job as Schnetzer’s older brother, he doesn’t have much to work with until the third act. A dark American companion piece to 2014’s far-more-interesting Schnetzer offering The Riot Club, this fraternity drama about toxic masculinity is the least pleasant thing I’ve sat through all year. But that Ben Schnetzer, boy, he’s something special.