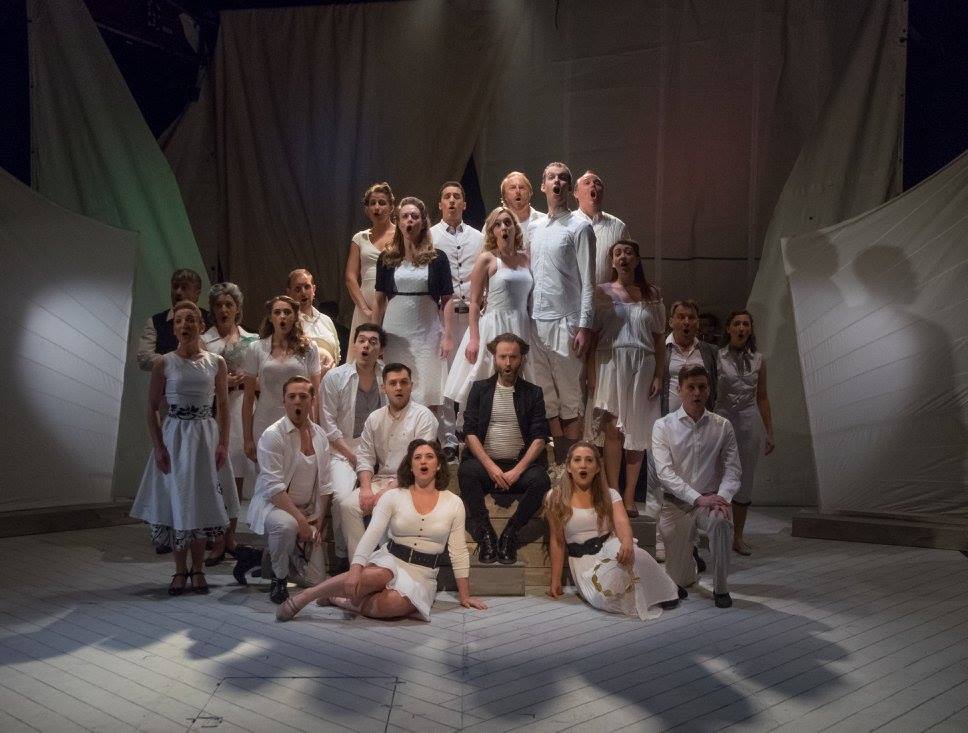 Putting Voltaire on stage is a difficult task: it is easy to think of the philosopher’s work as too sophisticated for musical adaptation. Bernstein and Wheeler’s version of Candide attempts to make the timeless story more approachable—almost too much so. While it follows the original storyline very well, it sometimes fails to have the same depth as one feels reading the tale. But, in any case, if the audience is not well-acquainted with the book itself, Sedos’ Candide is a wonderfully entertaining performance. Filled with disaster, absurdity and laughter, it is sure to make everyone chuckle at least once.

The young Candide travels the world, from Bavaria to Paraguay passing by Lisbon, in search of his true love, Cunégonde, who he is sure to be reunited with by the story’s end. Guided by the wisdom of his philosophy teacher, Pangloss, he lives his life convinced that all is for the best in the best of worlds. Mark Siddall’s portrayal of the naïve man is well-executed without being annoying; Naïve characters can be difficult to play but Siddall does a terrific job. The general strength of the acting makes the show worth seeing, especially the absurd nature of Pangloss, played by Stephen Russell, the tales of the Old Woman, played by Tal Hewitt, and the obsession that Cunégonde, portrayed by Emma Morgan, has towards jewelry.

The show is meant for a bigger venue. It is unfortunate to be bombarded with actors on such a small stage. This is not the fault of the director, Michael Smith, but it is nonetheless an element that makes the entirety of the performance a little weaker than it deserves. That is not to say that the ensemble scenes are bad. On the contrary, there are great moments like when the Inquisition sends people to die, where having the ensemble sing joyfully lightens the mood in a caricatured manner; spectators laugh because, if not, they would not quite know how to react. The orchestra in the background is fabulous: there really is no other word for it. It adds an element of fantasy to the tale and brings audiences into Candide’s sensuous world. It really makes everything better.

There are moments where Candide makes absolutely no sense and it is not supposed to. Its story is not normal and it is good that Smith was able to maintain the essence of Voltaire’s work in Bernstein and Wheeler’s freewheeling musical. Bridewell Theatre offers a twist on a philosophical tale filled with good music and laughs. For those who enjoy creativity and originality, it is well worth it.