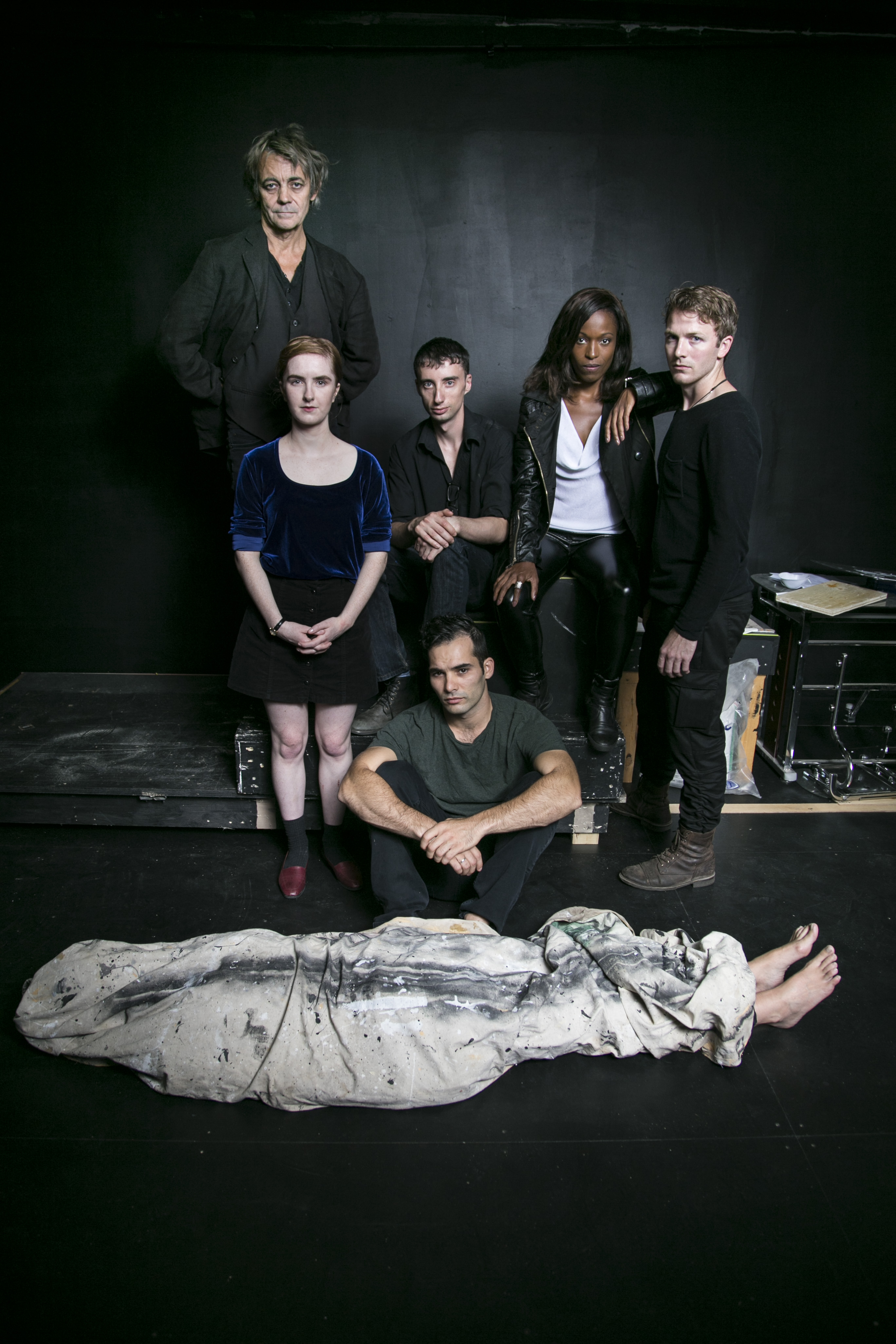 The blatant irony of a title like Breathing Corpses, as with something like The Walking Dead, is that it is the ostensibly living characters who are all to some degree deceased: both because their lives are caught in a deadlock, and also because by the end of the play we know that many of these characters are on their way to a very imminent death. The cynicism such a title could imply is mostly avoided, however, in Coal Mine’s staging of Laura Wade’s 2005 play, directed by David Ferry. While frequently tense and viscerally uncomfortable, there’s an innate tenderness to this production that belies any detached dourness. The phrase “breathing corpse” is taken from Sophocles, who defines one as a person “who has lost all happiness.” This is matched by the play, which presents an empathetic look at people for whom habit, fear and limited means shackle their ability to break out of an unending and damaging cycle.

The show is made up of five scenes, featuring three groups of characters who never come together, but who are of course revealed to be connected by circumstance. One character from each group has recently discovered, or is in the act of discovering, a dead body. The play’s structure, which at first moves backwards and then appears to collapse time altogether, gradually reveals just how these various corpses connect the ensemble. Wade’s text is sharp and despairing in the way you expect most modern English dramas to be. The connections are effective and subtle (or at least to me: I actually missed one major connection until I reviewed the plot afterwards, though this definitely has more to do with my unending inability to remember character names than it does the play). While the theme of damaging cycles is ever-pertinent, the play’s strengths lie more with the character dynamics, as well as the straightforward but satisfyingly symmetrical structure that Wade has crafted.

The Coal Mine space is extremely intimate, and Ferry’s staging is appropriately attuned to the audience’s close proximity to the quiet (and sometimes not so quiet) desperation of its characters. The emphasis on character dynamics and particular situations rather than the overarching plot makes it all the more crucial to pull off an accurate representation of the story’s milieu, which the actors manage to mostly achieve, give or take a couple of wavering accents. The performers do a sterling job of articulating their characters’ struggles, though it is the slightly more absurd scene that closes the show, featuring Erin Humphrey as a hotel maid with a bad habit of corpse discovery and Jonathan Sousa as a genial man with an obvious but terrifying secret, that was the most purely successful for me. Both Humphrey and Sousa (successfully negotiating their respective accents) give this encounter between strangers a light but charged intimacy whose ominous undertones aren’t too overplayed, and it nicely counters the well-performed but broadly written first scene featuring Humphrey on her own as she discovers another corpse while attempting to clean a room.

But really everyone takes advantage of their moments to shine: Richard Sheridan Willis as terminally ill Jim, who runs a self-storage facility with his wife Elaine, is the most natural and grounded person onstage, playing a man already quite withdrawn from life. Severn Thompson as the determinedly spirited Elaine expertly crafts a woman who is quick, relentlessly encouraging, and watchful in equal measure; Simon Bracken as their handyman Ray is a very effective observer of the couple, easily communicating perceptiveness underneath a comically deadpan docility.

It’s the third story, featuring Kim Nelson and Benjamin Sutherland as a co-dependant, physically abusive couple, that is the play’s real challenge. They appear in a single scene which occurs smack-dab in the middle of the play, and which seems to last longer than any other. Indeed the running time seems deliberate: the sequence stretches to an uncomfortable length, as an initial tension, attributable perhaps to any long-term couple’s occasional stressful periods, reveals a toxic and violent core which has clearly become the pair’s agonizing norm. Nelson’s Kate is trying to get a business endeavour off the ground, and between the calls from her mother and the couple’s dog who demands her attention, she appears to be a state of constant stress. Sutherland’s Ben, by contrast, displays an easygoing nature, which is revealed in part to be a coping strategy.

Wade flips the perhaps-expected dynamic by making Kate the regular instigator of the physical abuse, reacting with violence whenever it seems like her power in the relationship is threatened, an offshoot perhaps of feeling so powerless in the other parts of her life. Ben is soon giving back however, and the regularity of these interactions is made clear. The two push each other again and again, long past the point that you might think the point had been made. The reoccurring acts of violence begin to feel almost banal in their unceasing regularity, which is probably the point. There were a few moments early in the scene where I thought the actors might not be totally in synch with regards to their approach to the couple’s dynamic, but these doubts mostly vanished as they steadfastly committed to the scene’s harsh escalation. Every character in the play is caught in a cycle of routine, but it’s this scene that shows that cycle in its most visceral light. Kudos to both performers for pulling it off, and to Ferry’s production for its unabashedly intimate staging of Wade’s tough-eyed work.