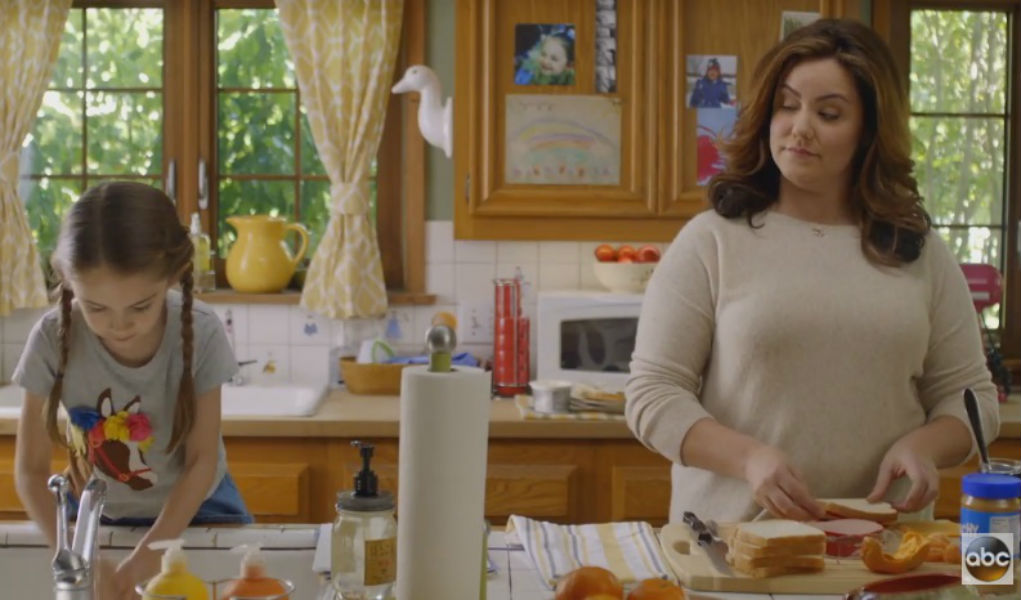 American Housewife is hella bad. Like, Mike & Molly plus Kevin Can Wait crossed with Real O’Neals and the “Mitchell thinks Cameron is too spontaneous” storylines on Modern Family kind of bad. Like, bad.

I generally like Katy Mixon so I wanted this ABC sitcom, her first starring vehicle, to be good. It’s not. Of course, when I say I like Katy Mixon, it’s literally based on two scenes in Hell or High Water but those two scenes are Great and she’s the reason why so, yeah, I generally like Katy Mixon. Do I like her enough to watch a show that entirely consists of everyone being incompetent and Katy Mixon complaining about them in voice over? No. I also like creator Sarah Dunn. Or at least I like some of the shows she’s worked on (RIP, Bunheads) and she wrote Michael J Fox’s last episode of Spin City (which I love). Do I like her enough to trust that her show will get better? Honestly, no.

I gave it two episodes. I try to give new shows at least a few weeks to get their feet wet, in case of Selfie situations (still not over it; read this). Pilots are hard, you have to establish an entire world in 20 minutes; tons of great shows have dismal pilot episodes. But the second episode of American Housewife reveals fundamental flaws and doesn’t point to improvement. There isn’t a single character other than Mixon’s Katie who is even a little bit intriguing. Not that Katie herself is all that interesting. We get it, you’re “real” in a world of “perfect moms” (because the trope of the skinny rich Connecticut housewife isn’t impossibly tired?) and being a stay at home mom is hard! The second episode is all about how badly she wants to go back to work; I couldn’t help but wish she would, if only to make her stop complaining about how badly she wants to.

The show feels like it’s built out of fear. The writers want us to like Katie more than everyone else by a very large margin so, instead of trusting Mixon’s charm, they made everyone else a shallow crazy person. I like the idea of her kids being terrible people (the burgeoning stock broker son could be fun in an Alex P Keaton way, though right now he’s just a little shit) but does her husband have to be so massively useless that it makes me like Katie less for not kicking his ass? All my hope for the supporting cast lies with Ali Wong as wry spoiled mom Doris; the writers don’t know who she is yet but, judging by her killer Netflix special, Wong just might be cool enough to actually carve an interesting character out of this mess.