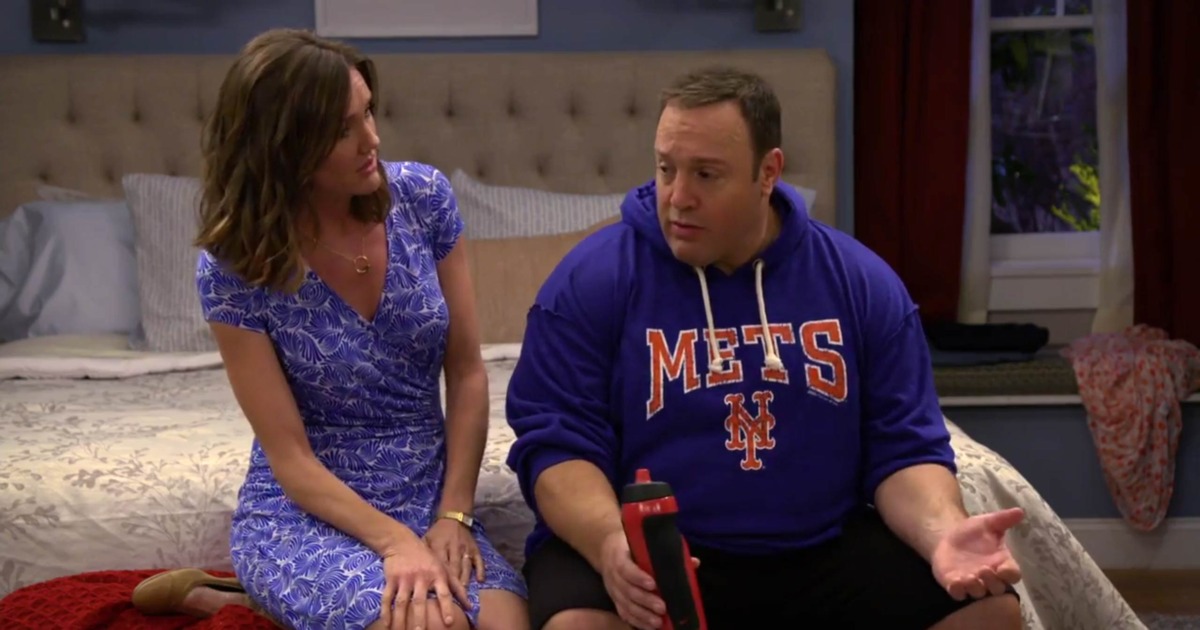 How? Why? What? Literally, though, HOW?! Does Kevin James have illicit photos of the CBS top brass? Is there a curse on Erinn Hayes? Is it possible this has been on a shelf for ten years and CBS only pulled it out because hackers erased all of their 2016 pilots leaving them with nothing to air? Kevin Can Wait is so dated, so predictable, so just plain bad that, if it aired anywhere but CBS and starred anyone but Kevin James, it would seem like a satire of mid-ought sitcoms rather than the viable teens sitcom it’s trying to be.

Basically you’ve got your standard schlubby husband (a recently retired police officer played by James) and his outlandishly hot wife (Hayes, arguably network TV’s most ill-used actress). They bicker, she nags, he just wants to hang out with his childish buddies, one of whom is The Neighbors‘ Lenny Venito because the world is a terrible place that cancels fresh, funny, heartfelt fare and repurposes its leading actors into bit players on mediocre crap.

Kevin and Donna (he gets his real name so it strengthens his personal brand, she gets to be “Donna”) have three kids but two of them don’t matter. The college-age daughter has a new fiancé who is *gasp* not a sports-playing, bro-coding dude’s dude and Kevin CANNOT HANDLE IT but he lets them move into the garage apartment anyway, which means he has to get a new part-time job to make up for not renting the space out. Get it? “Kevin Can Wait”. What Kevin wants- to retire approximately 15 years before normal people retire and spend that time building go-karts and day drinking with his buddies- has to wait because he needs to help his family. Gosh darn it, middle-aged straight white guys with outlandishly hot wives have it so rough!