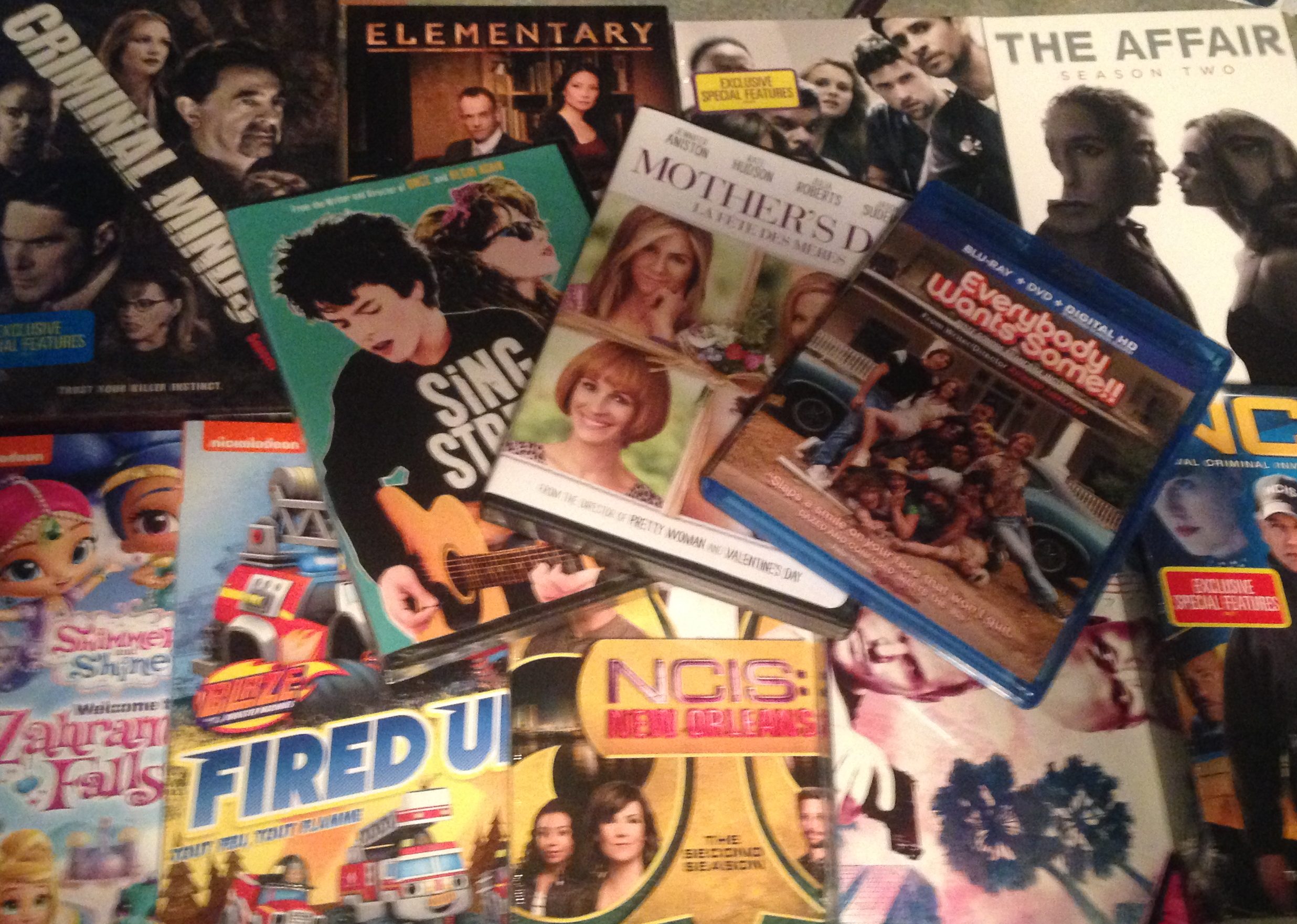 Everybody Wants Some– I was shocked by how much I loved this slice-of-life period comedy by Richard Linklater. A charming boy ensemble of baseball players during the first week of college in 1980 with one of the year’s greatest star turns from Glen Powell. The DVD/Blu-ray/Digital disc has some great special features (“Baseball Players Can Dance”!) but could really use an audio commentary.

Mother’s Day– Sure, this is a pretty standard ensemble flick and ultimately not that great a movie but it’s better than the slew of standard ensemble rom-coms that came before it. The cast is delightful with winning turns by Jennifer Aniston, Kate Hudson, Sarah Chalke, Jason Sudeikis, Aasif Mandvi (trying out the dreamy thing and pulling it off) and Character Actress Margo Martindale easily making up for the intense phoning-it-in from Julia Roberts (who even phoned in her wig selection, to blinding effect). But really this movie is worth it for one reason and one reason alone- it’s the last thing ever made by one of the most influential writer/directors in Hollywood history. Garry Marshall reshaped the television landscape in the 70s with Happy Days, its countless spinoffs, and much more, then reshaped the modern romantic comedy in the 90s with Pretty Woman through to The Princess Diaries. I loved Garry Marshall so I refuse to hate Mother’s Day.

Sing Street– I was expecting more from this John Carney tribute to coming-of-age to the tune of Duran Duran, The Cure and The Police. The music, especially the original music, is great but the story itself is somewhat lackluster. The DVD has some solid (if sparse) special features, though.

The Affair (season two)– Josh Jackson! I will follow my first crush (Charlie!) anywhere, even to this dour Showtime drama about unhappy people making bad decisions. The main cast in season two remains flawless (especially MyTV Award Winner Maura Tierney) but holy moly these people are hard to root for. The DVD’s special features are basically nothing.

Code Black (season one)– I love network dramas, I think they’re the foundation of TV as we know it, but they’re slowly slipping away from us. Though this high-octane CBS show about an over-taxed ER isn’t half bad, its tired familiarity is exactly the problem. We don’t need new iterations of the same show (ie: please no more medical dramas!), we need new ideas. Acceptable special features, though.

Elementary (season four)– See above but change “medical drama” to “investigation procedural”. That said, Elementary is still charming enough to get a pass on its familiarity and Jonny Lee Miller can do no wrong. Finally a nice long list of special features! Plus, at 24 episodes a season, Elementary is a great bang for your TV-on-DVD buck.

Criminal Minds (season eleven), NCIS (season thirteen), NCIS: Los Angeles (season seven), NCIS: New Orleans (season two)– I honestly have no idea why anyone needs to own any of these shows on DVD with both marathoning and random re-watch value through the floor on all of them. That said, Paramount is very smart about loading their procedurals with special features that give DVDs their singular appeal (it’s the one thing Netflix just can’t match). All four of these box sets have the standard gag reel and deleted scenes but they’re also packed with interesting character and episode-specific mini-docs, fun behind-the-scenes featurettes and even the holy grail of special features- audio commentaries. Well done, Paramount, diamonds out of coal on these ones.

Blaze & the Monster Machines: Fired Up!– I’m still annoyed by the gender coding of this and the next DVD’s adventures but trucks are cool, I guess. I like that most Nickelodeon releases have multi-language features and Blaze always comes with a cool STEM fact (in this case, “what are sound waves?”) which kids definitely need more of.

Shimmer & Shine: Welcome to Zahramay Falls– Leah and her adorable big-eyed genie friends are back in a new 3-adventure set with not quite enough interactive features but impressive trilingual options. Maybe show your kids this AND the truck one, see what a little balance brings.