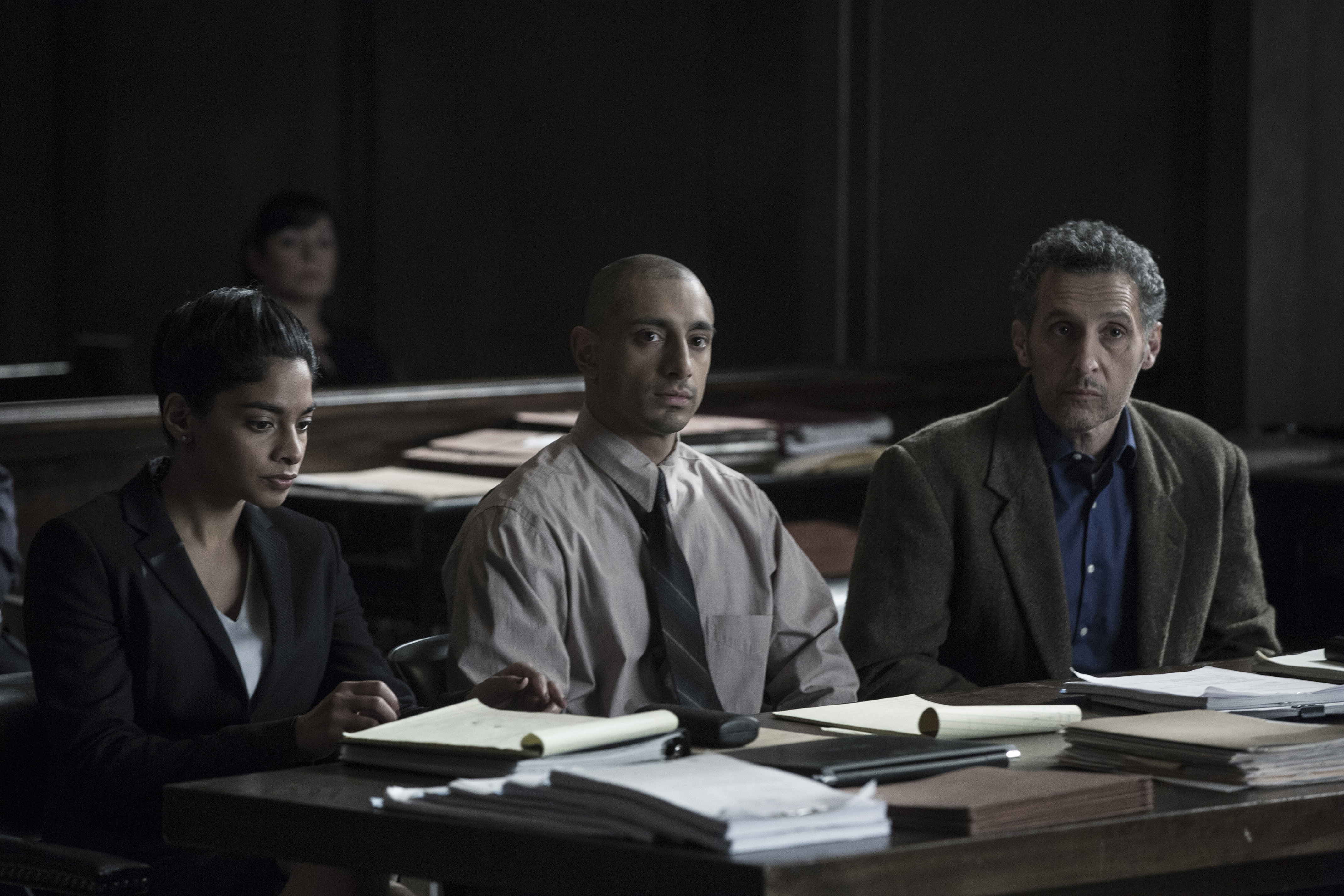 The Night Of: The Conclusions We Draw

When a show ends, we expect it to answer questions. There are, of course, famous examples of shows that leave questions without answers: Lost, Heroes, 24, The West Wing, The Sopranos- big budget dramas and network television broadcasts that have a lot going on, too much going on to answer every last little question. But none of those are procedural crime dramas. No, the CSI’s and the NCIS’s give the audience the crimes, the criminals and the sentences in a neat little package, perfect for prime time. True, when there’s a plot that spans two or three episodes or runs between the end of one season and the beginning of the next, people can get up in arms. But there is almost always the promise of a question answered, the bad guys caught, the murder solved.

This leads me to my next point, dear readers, which I’m a bit embarrassed to admit. From my first article, I explained that The Night Of was a procedural crime drama. In all fairness, the show uses much of the same structure as a traditional show to achieve its end goals. It fooled me, it fooled a lot of people. Yet I must say that The Night Of is not a procedural crime drama.

I can understand that this may come as a bit of a surprise. The series started with a murder. It was investigated, then ran briskly through a trial for a few episodes. A hung jury was the result, along with a grab-bag of fiendish-feeling suspects, and a brand-new suspect for the justice system to hunt down. It all ended with Nasir, the innocent ‘unicorn’ as Freddy puts it, being reunited with his family, with his old life. This looks like a crime drama. We get impassioned arguments from Helen Weiss, John Stone and Chandra Kapoor. The judge is (predictably) an asshole. The cross-examination is fierce and cutting. There is so much movement, so much investigating and arguing that, over eight hour-plus long episodes, we believe that the point of the show is to find Andrea Cornish’s killer.

But that’s not The Night Of’s primary function. Indeed, the more I look at the show, the more it feels like the exact opposite of a procedural crime drama. Let’s look at it from the get-go, from Andrea’s killing. In a more traditional format, the audience might have borne witness to a shadowy figure plunging a knife into her back, but wouldn’t have spent as much time on Nasir’s ‘date’ with Andrea. In The Night Of, we get everything about that evening except the crucial moment, the ‘redacted’ information about the murder. If this were a CSI episode, the titular characters would be the forensics team, and they’d be investigating the crime scene regularly and thoroughly, leaving not even the smallest bits unturned. But The Night Of only shows a handful of characters romping through the house on 87th street: John Stone, Detective Box, Dr. Katz and the officers present that night. What’s more, is that the expert witness is more thorough than the state employees, something that makes sense to viewers in the real world, but not in the universe of the crime drama.

Keep following the reversals and there’s no end to them. There are multiple suspects, sure, but they aren’t brought into the investigation, only the trial. The 21st precinct makes the collar, but only Detective Box is as thorough, as committed and relentless as an investigator on another crime show. We don’t develop more sympathy for Nasir as his wrongful imprisonment goes on – rather, we become afraid of him, disgusted by him, mortified for his chances of getting out. By the time the trial is over, we don’t have a conviction, but a hung jury and a decision on the part of the prosecution not to chase the case down a rabbit hole.

Our heroes in The Night Of aren’t the agents of justice, they’re people like Safar Khan, who have to deal with the costs of paying for an expensive, highly public trial. Our heroes are John Stone and Chandra Kapoor – underdogs, to be sure, but underdogs with posh apartments, steady income and law degrees. The victim, Andrea, is not someone we sympathize with. Nasir, by the end of the season, is not someone we sympathize with. Our heartstrings are plucked when we see Box in the car, waiting to catch one last bad guy before he can really retire. We feel it deeply when John picks up the phone to accept another case and says the line he’s said a thousand times before. We, the watchers, do not watch for the crime. We watch for the people.

To put not too fine a point on it, The Night Of is a character study disguised as a police procedural. It’s the only thing that makes sense – our two main characters are Nasir Khan and John Stone, both of whom are transformed by their experience in the murder case and both of whom suffer the most through the transformation. Nasir’s changes are the ones that bite harder – exclusion from his community, distrust in his household, attitude problems and a fancy new drug habit – but John’s transformation is more philosophical than anything else. Where Nasir sort of embodies the “you can never really go back” mentality, our plucky plea lawyer is the epitome of “nothing ever changes.” John is still alone. His eczema is back. His ex-wife and son are still distant from him. He’s still a plea lawyer asking for cash payments. Thematically, he may have learned something about suffering for a greater cause (vis a vis the cat he’s allergic to), but by and large his life returns to what it was before he took Nasir’s case.

Perhaps no character study worked quite as…anticlimactically as Chandra Kapoor (I’m so mad as I write this, I have to eat chocolate to stay positive). Representation is important, and so for that reason it’s important to have actresses like Amara Karan playing lawyers, novice lawyers especially. Drawing attention to Crowe’s tokenization of Chandra is important, too, to show that you can’t just grab an Indian lawyer for a Pakistani family’s trial and ignore the difference (even if, you know, the show only points it out a few times). But the misstep that every critic has pointed out and been right to point out is the kiss. It is that romantic incident that gets Chandra booted out of the trial and puts the court’s spotlight on John Stone for the closing arguments. It is the kiss that separates Nasir and Chandra firmly and irrevocably (with just a pinch of irony) and ruins her career. The last shot of Chandra? She’s cleaning out her office and walking offscreen.

It makes me mad because Chandra is our learning character. Granted, she asks some rather blasé questions (what’s ketamine?), but as she learns, we, the audience, learn with her. That process provides a valuable lens into the case, the story. It is with Chandra that we encounter Mr. Day. It is Chandra who provides the Khans with comfort during the trial (as much as she can, as much as they have the capacity to accept). It is Chandra who tells Nasir to fight for his innocence, and it is Chandra who arranges such a dazzling defense to hang the jury. We watch her move through this environment and we feel that we move through it also – strangers together in strange places, fighting for the rights of strange people. But in the last two episodes Chandra starts making big mistakes, things that seem out of character for her. She kisses Nasir (which is supposed to be some kind of rebound from her ex, but is a narrative pratfall). She gets him drugs. She asks him to take the stand even after she learns about his drug habit. She lets John Stone push for a mistrial that she knows means the end of her career. It’s a pitfall that stems from a poor social misperception about women – one kiss, and they’re all useless.

So, in the trappings of a procedural drama, this is what you have. A ruined lawyer and a mildly-famous one, a Pakistani-American student who changes to survive Rikers, a detective who retires and can’t stay retired, and…Andrea’s murderer, still (purportedly) unknown. I don’t feel a lack of satisfaction from that last bit, truly, I don’t. Because my conclusions have changed as the show has. I’m not looking for the answers, the whodunit and the whytheydunit. I’m looking for the characters, who they are at the beginning and who they become at the end. I draw my satisfaction from that, and I need no answers to the crime. In this way, I’m like the jury. I don’t want the truth. I want the better story.