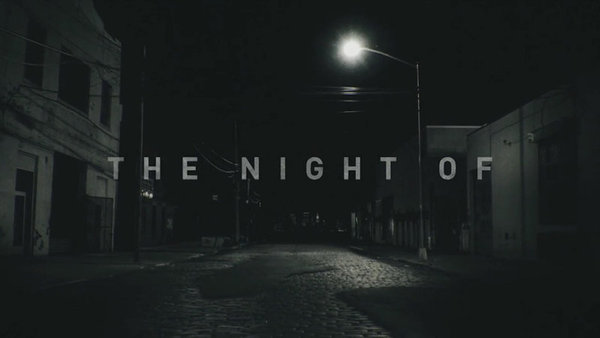 The Night Of: What Happens on “The Beach”

In the long and decorated history of the procedural crime drama, there have been shows, movies and series which go far and beyond the standard pale. In our recent era, Law and Order reigns supreme in terms of broadcast history, the first season of True Detective ranks as most ethereally horrifying, and Twin Peaks probably holds to title of most-copied crime series of the age. We, as consumers of the crime drama, cleave to these programs, we swear by their genius and croon over them like fussy grandmarms. Of course, we have our Criminal Minds, our How to Make a Murderer, our How to Get Away with Murder, our Charles Manson documentaries, our endless Dateline specials and COPS marathons. We have a wide spread of quality (good, bad and unbelievably ridiculous), verisimilitude (the far-fetched to the too-real) and sources (though most are adaptations of novels or memoirs).

Into this, The Night Of arrives like a gigantic, black bat – we all know it’s there, but not all of us witness it. It’s too big to take in in toto – a wing here, a red eye there, the sounds of clicking claws and rasping chirps – the horror of the show is excessively palpable, but only in glimpses, parts of the whole. Based off of the BBC’s Criminal Justice, the show caught my attention in one of YouTube’s interminably long advertisements. I wasn’t necessarily hooked at that point, but it caught my interest long enough for me to power up my Roku and give it a go. Boy, was I in for a treat. A crime drama that shows its hand so heavily, with focuses on Asian-American identity and issues, Pakistani-American identities and issues, and the ramifications of the criminal justice system on the interconnected world of today, is something American audiences don’t often get to see. Plus, with cast like John Turturro, Bill Camp, Riz Ahmed, Paul Sparks, Michael Kenneth Williams… I mean, I could go on, but each actor in this show is nearly more splendid than the next.

Like a bat, too, the show starts its story at night. Naz (Ahmed) is promised a party, an invitation to the “cool” world of Manhattan, basketball players and the promise of ‘mad girls.’ It’s at a mysterious address in the heart of the city, his invite wasn’t exactly delivered with 100% enthusiasm, but Naz is set on going. So set, that in the night, when he finds out he has no ride to the party, he takes his father’s taxi into Manhattan, towards the unknown. Night time is where the meat of the show takes off, where all the precipitating events occur that provide momentum for the plot. Yes, the title is our dead giveaway, but the show keeps us guessing what’s important as the night goes on.

So, he steals his father’s taxi, penalty one. He fails to turn off his on-duty light and draws the attention of the police, drunken pedestrians and angry drivers, penalty two. And then she shows up. A woman with dark hair and cryptic instructions to take her to “the beach” comes on the scene, and Naz, full of the awkwardness of youth (especially Asian-American youth, especially Pakistani-American youth, especially Muslim-American youth, who may not have had the most exposure to the sexual dimension), agrees to forsake the party and play driver to the mystery lady.

So we’re out in the night – Naz, the cab, the girl, the city. And she asks him to stop. Penalties four through eight include getting caught on cameras at the gas station, the record of purchase for some drinks, her encounter with the limo driver, and the DNA evidence of her lips on the cigarette. It’s not like I know what’s going to happen, but the show is almost telling me how the night is going, with its focuses on the surveillance cameras, the weird focuses on the faces and eyes of the people Naz and the girl talk to. Some people would call this telegraphing, but remember: the night is still young.

And yes, there are the penalties, yes, there are clear mistakes paving the way to something horrible, and there is the sense of inescapability, the aura of foreboding, the deepest fear and sympathy for Naz and this girl, and then they really do get to their destination – the beach. This, you think, feels like a conclusion. This, you think, is where the crucial parts of the show connect and make the horror real. But – and here’s the freaky part – nothing really happens for most of the scene on the beach. Naz and the girl have a conversation, they drink some beers. They talk about their lives a little, Naz more than her, and it’s almost cute, a couple caught in the night. The Night Of built up a whole lot of drama, a whole host of penalties, and suddenly, we’re at the beach, the title of the episode, and it’s nothing but a little gentle scene.

Suddenly she proffers pills to Naz, and suddenly they’re back at her place, and suddenly they’re playing with knives and there are weird camera cuts to the deer mounted on the wall and a lot of shots get slammed before… well, before the inevitable sex that this show was building towards. You almost feel sorry for Naz, like you can tell that the trap has been built, baited, and suddenly sprung by alcohol and lust.

And then, she’s dead. Like that, Naz is in the back of a cop car, sweating bullets, terrified that his arrest for drunk driving will turn into something worse. And it does. And then the show really starts.

If this wasn’t enough to get you to watch the show, you should know that the cinematography is perfect. Every angle is horrifyingly well-done. Every scene is a masterfully composed cut of drama, tension, visual framing and movement. I never knew a camera could translate pain so well, could put a person in the mind of another simply by just displaying his twitches, his hands, his big, downcast eyes. Never before have I been so utterly glued to a crime drama. Never before have I cared so much for a victim. And never before have I been so fascinated by John Turturro’s feet.