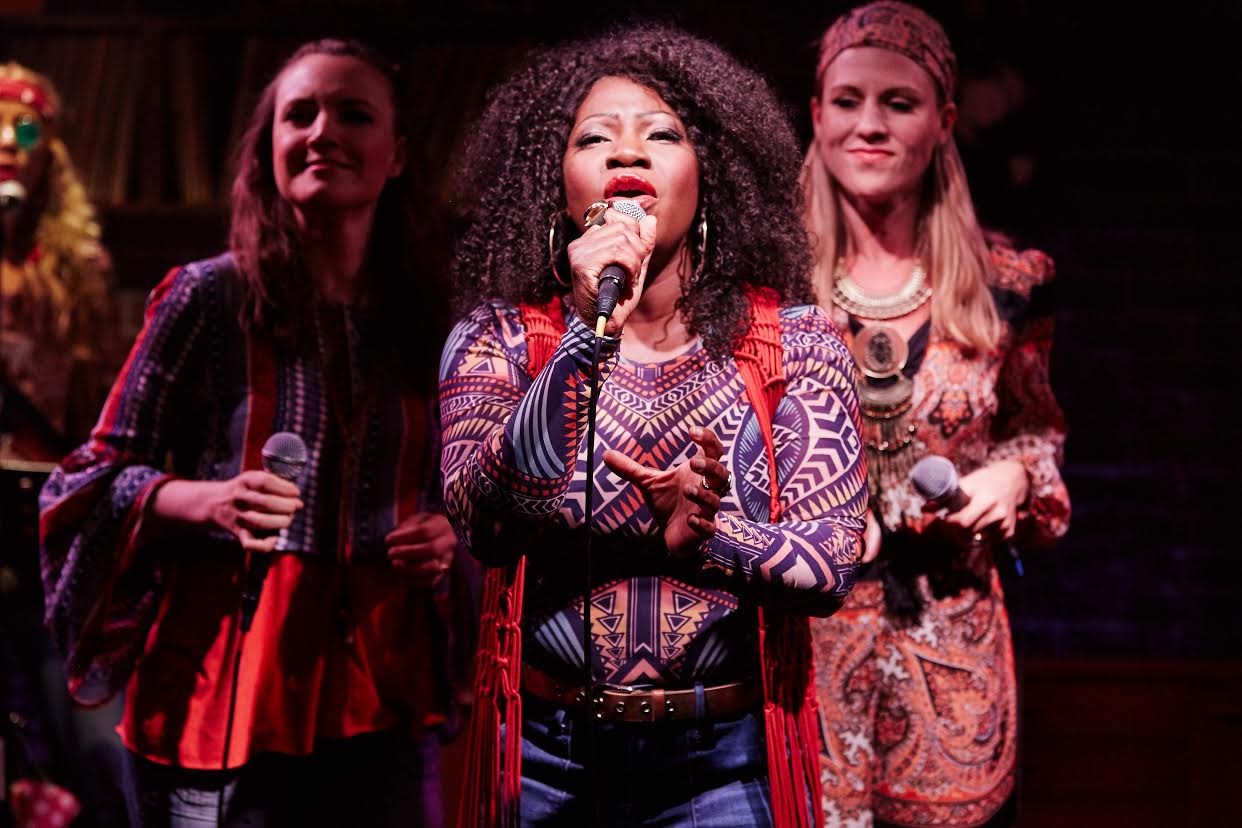 I’m Getting My Act Together at the Jermyn Street Theatre

Originally premiering off-Broadway in the late 70s, I’m Getting My Act Together and Taking It on the Road tackles gender issues head on, exploring the stereotypes and labels given to men and women alike and the prejudices that existed for a ‘strong, independent woman’ during the musical’s setting. Despite being written nearly 40 years ago, many of themes still feel contemporary in today’s society and the show presents an important message while remaining light-hearted, entertaining and fun.

We are introduced to Heather Jones, a reasonably successful 39-year-old club singer, and her band as they go through one last rehearsal of her new show before opening night. Her manager, Joe, arrives to hear the new material but is perturbed to learn she has taken a new angle, adding heartfelt messages to the songs and including political/feminist scenes in between. The plot is simply this rehearsal taking place, interjected with Joe and Heather’s arguments about the new stand she has decided to take.

This show relies heavily on its main protagonist who leads on virtually all the musical numbers and Landi Oshinowo puts a very special performance in as Heather. You instantly believe in her character’s previous struggles and frustrations and the multi-layered emotion portrayed in her songs brings closeness and empathy to many of the musical numbers. She works well with Nicolas Colicos who plays Joe, and their complicated, once personal, now professional, relationship is very believable and natural. The pair create tension during their confrontations and while at times the drama becomes slightly overwrought, they do well to piece together a book that despite having a clear message to deliver is occasionally a little ropy and lacking clear narrative.

Nancy Ford’s score is filled with fabulous numbers that allow Oshinowo, backed by the massively underused Rosanna Hyland and Kristen Gaetz who produce breath-taking harmonies and wonderfully satisfying music. The trio seem to be truly enjoying themselves during their songs, portraying great stage presence and charisma in their performances. The show’s signature song, ‘Natural High’, sticks with you long after the performance is ended and ‘Old Friend’ led by Oshnowo with backing vocals provided by musical director Nick Barstow is simply perfect. Barstow does a great job with his singers and band to blend the vocals beautifully both with themselves and with the instruments.

Director Matthew Gould does a fine job at dramatising this fairly simplistic narrative. He uses the space well, unafraid to move characters behind the audience to increase the informal feeling of the show. The in-show ‘scenes’ are well choreographed and funny, and the temptation to go too OTT is avoided. During the long interactions between Joe and Heather the rest of the cast do feel slightly surplus to requirements when cluttered at the sides of the stage but this is a small niggle in an overall well-produced show.

I’m Getting My Act Together and Taking It on the Road at the Jermyn Street Theatre is an enjoyable and thought-provoking musical with wonderful songs and a very experienced and competent cast who manage to produce some lovely music and potent drama.