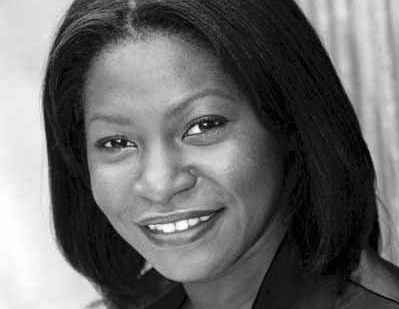 Gretchen Creyer and Nancy Ford’s I’m Getting My Act Together and Taking It on the Road was a hit show both Off-Broadway and on the West End and, after 35 years, it will get its first London revival when it plays at the Jermyn Street Theatre this July. Ahead of this run I spoke to West End star Landi Oshinowo who will be playing the lead role of Heather.

So, to start, could you tell me a bit about the show?
Basically, the show is about a singer/actress called Heather Jones who is a divorcee and mother of two, and the time we are talking about is the 70s; she is 39. She has had a successful career as a singer and an actress but has hit a point just before the 40 mark where she wants to go in a different direction with her music and she’s taken the bold step to write her own songs and add sketches to her act, something that she has never done before. Her manager, Joe, is against this new work and she rebels against this. The show is about their little battles and the songs she has written.

The show was described as quite controversial and out-there when it first premiered in the late 70s; do you think this story is relevant today?
I think it is. Back then it was a certain time when there was this ‘Stepford Wife’ idea. By the time she does this new show she is in a place where she understands herself more and also there is a movement where women have a bigger voice. She is a divorcee and still has to look after her children so she sort of gains strength and realises she can do things on her own. It was very relevant then and is still very relevant now because now it is even more prolific, the idea that you don’t need to marry a man, you can do anything yourself. We are keeping the period element in the setting but it is a message that people get whether it is then or now.

You are playing the lead, Heather. What attracted you to this role and how did you get involved in the production?
The producers asked me after seeing me years ago as Deloris in Sister Act so they had some idea of what I could do. What attracted me to it is that I really can identify with Heather, because I’ve been in the business about 14 years now and while I’ve played some great roles, there have also been parts I’d love to play and haven’t had the chance. You get to a point in your career when you go: you know what, I’m going to go and do my own thing, I’m going to take a risk and not conform anymore, no more teeth and tits and jazz hands, I’m going to go and do something different, I’m going to break out, and I think that’s what I really recognise in the character. It’s just the strength of taking a risk on yourself: it might work, it might not but it’s my career.

You mentioned playing Deloris in Sister Act when it was at the Palladium; that must have been a great experience, can you tell me about playing that role?
That role was amazing. So far it has been the highest point of my career because of who I played opposite. I was the understudy, Patina Miller played the role, and we had a period where Sheila Hancock had finished as Mother Superior and they didn’t have anyone to replace her for a short time. Whoopee Goldberg had said when she was in America “Well I may as well play the role,” and that’s how she got landed with it. Playing opposite her, my goodness! Apparently, I was told by some other members of the cast, she stood in the wings while I was doing my thing on stage and she said “yeah, that’s it, that’s how it should be played”. She was really enthusiastic about what I was doing with the character and that’s invaluable, that’s a ‘stamp’ forever.

That must have been incredible…
And you know what, you had never seen so much energy than when she was in the building, and she was so generous with her spirit, and such a nice person. She was just the same with everyone; yes, that was a highlight.

There’s been a few musical revivals on and off West End lately, what show would you love to see revived and is there a part you would love to play?
Well there is a part, but it’s gone. I’d absolutely love to play Effie White in Dream Girls. I once did ‘And I am Telling You’ with a 70 piece orchestra behind me at Her Majesty’s Theatre, and my goodness, I can’t even describe. But definitely that is one part I would absolutely love to play.

So where are you with the preparation for the show; have rehearsals started?
They have sporadically, but properly they are starting [this week]. We’ve had little meetings with the director, Mathew Gould, but tomorrow is when things really start. I can’t wait to hear the music with the band because there are so many good songs. I’m raring to go, absolutely champing at the bit to get started.

And you are going to be reunited with some actors you have worked with in the past. Does it make things easier when you have friends in the cast?
Yes, Nic Colicos and Rosanna Hyland. I love them. They are brilliant. It definitely does because it is so much easier working with people you know and know how to work with, you don’t need to keep experimenting; we have a really short rehearsal period so it is best to just get on with it. The rest of the cast are also amazing and real nice people.

And have you worked with Mathew Gould before?
No, never, and I’m actually thinking we’ve struck gold. Literally, if you pardon the pun, we’ve struck “Gould”. The man is so exciting and he understands the material and he’s just great. There’s a couple of directors like that who I’ve worked with, namely Richard Eyre and I did a workshop with Phyllida Lloyd and they are just great, but he is younger than them and he’s got it.

So finally, what’s next for you?
Well, I am doing Kiss me Kate for the Welsh National Opera. You are the first person to publicly know about that. I’m playing the modest role of Hattie so have the privilege of singing ‘Another Opening of Another Show’.

I’m Getting my Act Together and Taking it on the Road will be playing at the Jermyn Street Theatre between Wednesday 6th and Saturday 23rd July.