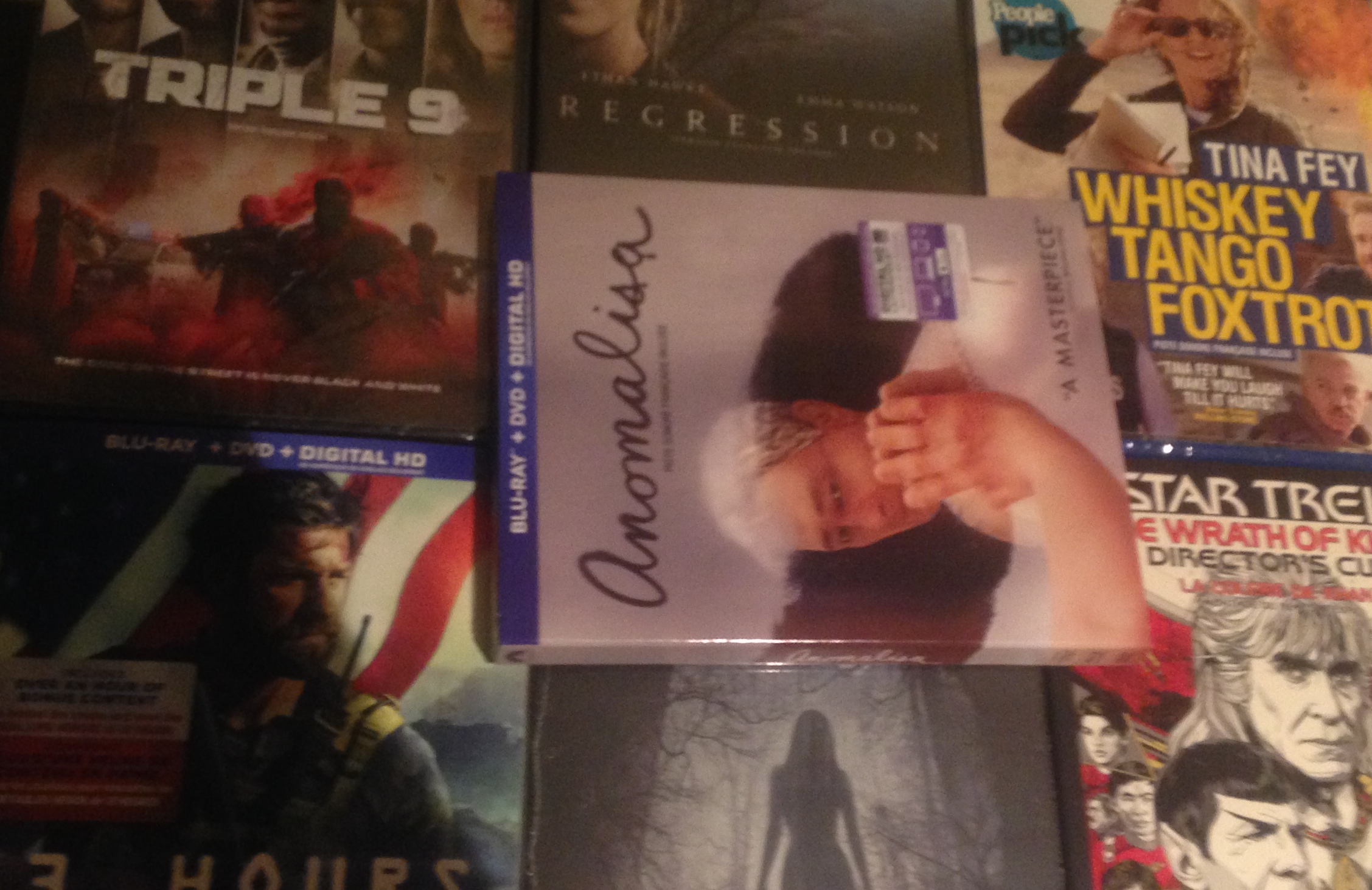 It’s time, once again, for the On DVD series featuring new releases from Paramount Home Distribution and Elevation Pictures. Only, this time, there are enough great things to talk about that we’re splitting our coverage between TV and Film releases.

These are the new films available on DVD from Paramount & Elevation. Click Here to read about the TV selections.

13 Hours: The Secret Soldiers of Benghazi
Pablo Schreiber (aka your favourite actor whose name you’re not 100% sure of) and buff John Krasinski- what more could you ask for? Okay, so it would be nice if this movie were directed by someone with more of a beating heart and a scrutinizing brain and an eye for artistic detail than Michael Bay because it could sure use a bit more nuance but, whatever man, buff John Krasinski!

Anomalisa
#8 out of 140 films in my epic Cinematic 2015 list, this Charlie Kaufman radio play turned stop-motion masterpiece is insanely special. At first I was worried that the stop-motion would feel like a gimmick since the film is ultimately telling a very familiar story about a discontented middle aged white man who thinks he’s found the woman who will save him, until he realizes he hasn’t. But Kaufman doesn’t do gimmick; he uses the animated nature of the film to express his major themes through voice work in a way that wouldn’t work with live actors. *spoilers from here*. The film has only three voice performers- David Thewlis as Michael, Jennifer Jason Leigh as Lisa and Tom Noonan as Everyone Else. The voice casting literalizes that feeling of thinking you’ve found the one- everyone in the world sounds the same to you, until a new voice breaks through the din. It’s a beautiful concept, made all the more poignant by Lisa’s extraordinary ordinariness; she’s only special in the way that everyone is too. We’ve all seen this movie before, but Kaufman, in that way only Kaufman can, makes us understand it clearly by telling it differently.

The Witch
The best reviewed horror film of the year. A rare period piece genre flick, The Witch makes a big impact and won’t let you sleep. The special features on the Blu-ray/DVD/Digital pack could use some work.

Star Trek: The Wrath of Khan
If you’re into Star Trek, you know that only the even-numbered movies are considered any good. You also know that The Wrath of Khan (aka number 2) is considered the best in the franchise (an argument can be/is sometimes made for the 2009 reboot but that’s a whole other thing). This director’s cut re-release is packed with special features and absolutely necessary for literally any Star Trek collection. For more reasons why you should own this DVD, I can’t recommend enough the Vidiots Show podcast. The main feed is why I love the podcast but for Trek fans the “Vidiots Beyond” series is un-missable as hosts Darren Franich and Clay Keller (both just the best) watch and talk their way through every Trek movie counting down to the new one coming soon. They disagree about almost everything but they, like everyone, agree about The Wrath of Khan.

Regression
I take back what I said about The Witch‘s special features; at least The Witch has special features. This bare-bones DVD gives you nothing but a tense thriller featuring Hermione and Lupin. More importantly, it stars Ethan Hawke and literally anything starring Ethan Hawke is more than worth your time. Guys, Ethan Hawke might be the most underrated actor of his generation.

Whiskey Tango Foxtrot
When I reviewed this Tina Fey comedy about an Afghanistan war reporter, I said that “when Whiskey Tango Foxtrot doesn’t try too hard to be funny and charming, it’s very funny and charming; when it doesn’t try too hard to make a point, it makes it beautifully”. I stand by that and everything else, criticism of its clunky feminism and all. Bonus points for casting Martin Freeman in a sexy role; so weird, so good.