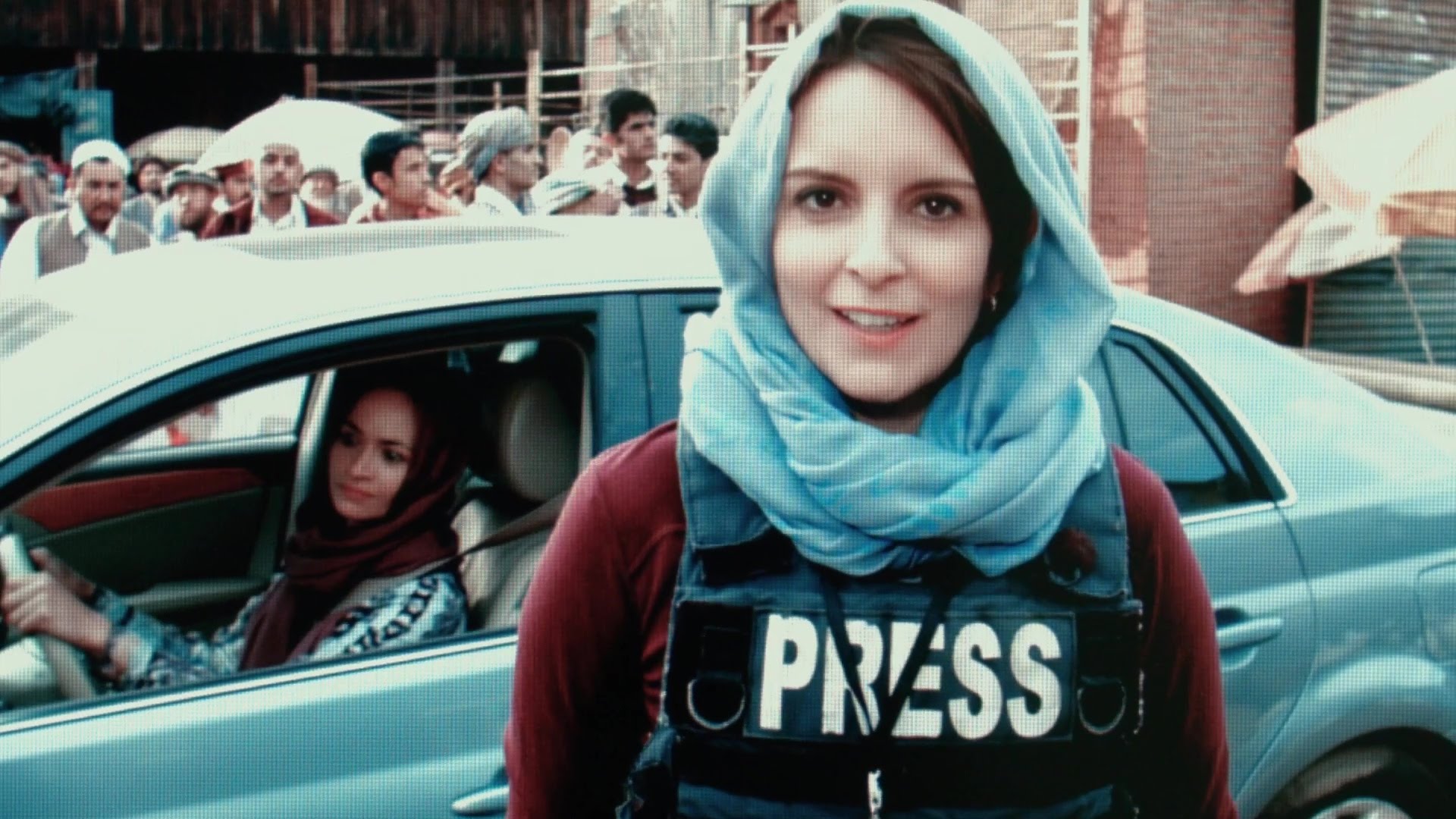 Tina Fey’s film about an Afghanistan war correspondent isn’t strictly a comedy but I wouldn’t call it a dark comedy (where the comedy comes from the darkness) or a dramedy (where the parts that are comedic are more subtle) either. It’s pretty obviously a comedy- act one plays out like a grownup, transplanted How to be Single with Margot Robbie in the Rebel Wilson role (#ImprobableSentences)- but the standout character (Christopher Abbott’s tender translator Fahim) isn’t allowed to talk to female interview subjects, Fey’s Kim fears for her life when she drunkenly mixes up her address, and a delightful supporting player gets his legs blown up. The film does a good job of humanizing its setting- making it feel more real and not just like a scary wasteland we see only in news clips- without sanitizing it. This is Afghanistan, not a studio backlot. But it’s also the Kabubble.

In the Kabubble (the Kabul bubble, the incestuous microcosm of Western journalists huddled together at a makeshift headquarters), you party hard and have tons of hijinksy sex. You fall for the bad boy (Martin Freeman, perfectly cast for his mysterious ability to slide from crass, shrimpy idiot to sexy, sweet leading man), you compete with the cool girl (I know we don’t really make movies about the cool kids anymore, at least not comedies, but I kind of wanted this movie to be about Margot Robbie) and, apparently, you take crazy risks that put the troops you’re embedded with in extra danger because they have to protect you (it took me a long time to forgive Kim for those thoughtless stunts). It’s all very fun, occasionally insightful, and interestingly juxtapositional, but sometimes it’s just a little bit dumb, more broad, unsubtle comedy than the intellectual, observational stuff Fey’s really beloved for.

Like its comedy, the film’s feminism is great… until it’s too obvious. What’s so wonderful and important about films like this that feature complicated women in complicated leading roles is that they make their point without needing to make a big deal about it. They help to normalize, to incept the idea of women as equals worthy of watching into the minds of a casually male-centric culture. We think of men as the leads of films because that’s what we see and films like Whiskey Tango Foxtrot are slowly changing that, combatting the unconscious sexism that is harder to shout down. When the film slips into eye-roll-inspiring hit-you-over-the-head proclamations like “I bet the girl is strong too” (about twin babies), it loses that “this is just a movie about a person, that person happens to be a woman” strength that more movies need. When Whiskey Tango Foxtrot doesn’t try too hard to be funny and charming, it’s very funny and charming; when it doesn’t try too hard to make a point, it makes it beautifully.