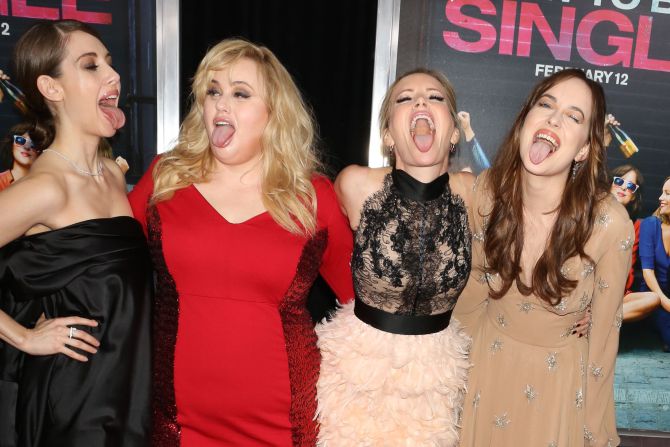 How to Watch How to Be Single

I went to see How to Be Single by myself. I do a lot of things by myself but, specifically, going to the movies by myself is an unwavering preference, even if I have someone to go with. It means I can see whatever I want at whatever time I want (I usually just wander into Cineplex on my way home and see whatever’s playing next). I don’t have to worry whether the person next to me thinks its weird that I’m laughing or crying or not reacting at all. I don’t have to share my popcorn and, perhaps most importantly, I can see embarrassing things like How to Be Single and I don’t have to spend the ride home hearing about how you thought it was stupid. It was pretty stupid; I just don’t think that point needs belabouring (we all knew it was going to be pretty stupid, didn’t we?). The trouble with seeing How to Be Single by yourself is that learning to do things like go to the movies by yourself is predictably one of the film’s key lessons and no one likes waiting around for two hours while Dakota Johnson reaches a conclusion you’ve already reached.

But How to Be Single is fun. Maybe not as much fun as it should be or could be (there’s a world in which this movie is really a lot of fun; this world is a little less awesome than that world) but it is fun nevertheless and it’s certainly low-effort enjoyment, which is sometimes all you want. It’s full of cute boys (Damon Wayans Jr! America’s boyfriend Jake Lacy! The chosen love interest of all female comedians, Anders Holm! Jason Mantzoukas doing that disorienting thing he sometimes does where he’s kind of dreamy!) and great women who you like a lot but aren’t like Anna Kendrick/Amy Poehler-level obsessed with/in awe of. The writing leans into the leading ladies’ wheelhouses a bit too hard- Leslie Mann is doing her icy overachiever thing, Alison Brie is doing her chipper OCD thing, Rebel Wilson is doing her straighttalking badass sidekick thing, Dakota Johnson is all “who, me?!”- finding very few moments when they can dip into the wider skill sets that actually make them shine (Mann’s goofiness, Brie’s Bojack realism, Wilson’s vulnerability, Johnson’s sincerity) and the conclusions reached are a little bit muddled. Is it about loving yourself? Letting yourself be loved? Treasuring good friends? Rejecting the Anders Holmses in favour of the Jason Mantzoukases? It’s a little bit about all of those things and therefore kind of a little bit about none of them.

Did I wish for the sort of strong heart and genuine laughs under a veil of silly chick flick that marked far-better movies like The Other Woman and For a Good Time, Call? Of course. And that didn’t happen. The execution just isn’t there. But How to Be Single is a light, stupid distraction that you should go to by yourself, if only so you can secretly like it and not have to listen to your date call it stupid.