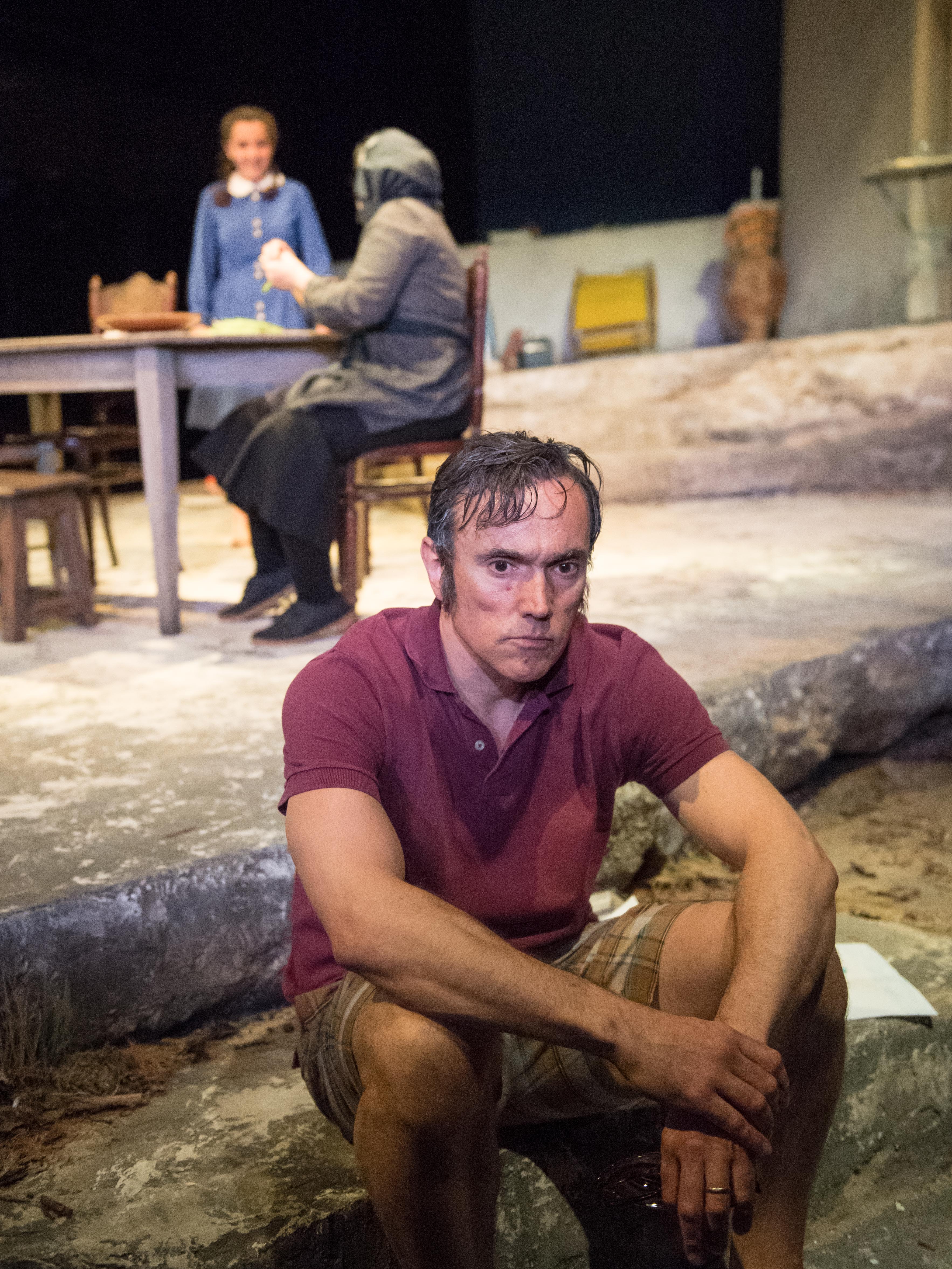 Sunset at the Villa Thalia at the National’s Dorfman Theatre

For a play so intimately connected with Greek tragedy it is daring to have its protagonists’ fatal error be buying a house; not defying the Gods’ law or patricide, the leads Theo and Charlotte purchase property. This is generally indicative of the play’s quality: while intriguing in premise, Alexi Kaye Campbell’s work has a bourgeois dullness from which it rarely escapes. Set in 1967, writer Theo and actress Charlotte sojourn on the Greek island of Skiathos in search of rest and inspiration. Meeting an American couple at the port, they are cajoled into buying their holiday house off locals Maria and Stamatis, poor workers emigrating to Australia.

Instead of lightweights Theo and Charlotte bearing the drama, the play’s true tragic hero is Harvey (Ben Miles), the CIA agent who persuades Maria to part with her house despite the promises she made to a dying grandmother. Miles takes on the role as forcibly conservative yet quixotic—this surprising mix being the play’s strongest feature. Rent between a zealously neoliberal agenda and love of the theatre, the character presents an art-versus-politics element; however, Campbell never capitalises on this. Instead, Villa Thalia is mostly a weak indictment of American colonialism, struggling to stay relevant to the present with perfunctory lessons on cultural appropriation and self-determination (and, despite the expectation, the Euro Crisis remains wholly unassailed).

Not only wanting in message, Campbell’s method of tell-don’t-show weighs his scenes down. Charlotte (Pippa Nixon) as the play’s thematic vessel is the only person capable of chiding Harvey for his misdeeds. As a consequence, Nixon is burdened with the weight of clunky sermons and melodrama. Like Harvey’s claim that Theo’s plays are ‘quietly political’, Campbell goes only halfway with his politics: Charlotte is an actress, which justifies her lofty speech through way of nervous insulation; too unbelievable for a regular character to say, the histrionic dialogue gets delivered by a person who deals in histrionics. Yet, unlike the actor-idealist trope that is played with so well in another Dorfman work, People, Places, Things, here it indicates hesitant writing.

Softening the heavy-handed morals of Villa Thalia is Campbell’s excellent humour. Elizabeth McGovern as Harvey’s wife June channels this best, creating levity from a potentially dour two hours. The humour is so natural that it leads one to question whether the play should actually be a comedy; Harvey asserts that there is something noble in comedic writing: if Campbell could have taken his character’s advice the play may have been raised to the heights necessary to deliver its high-sounding ethics.

Even if it has a lot to tell without a solid way of telling it, there are perks to seeing Sunset at the Villa Thalia. Hildegard Bechtler’s set perfectly conjures the breezy, serene mood that the characters inhabit despite the revolution occurring around them; Downton Abbey alumnus McGovern will delight as the clumsy foil to Miles’ sure-headed agent. While insight cannot be expected, Villa Thalia is an impressive yet messy display of talent.