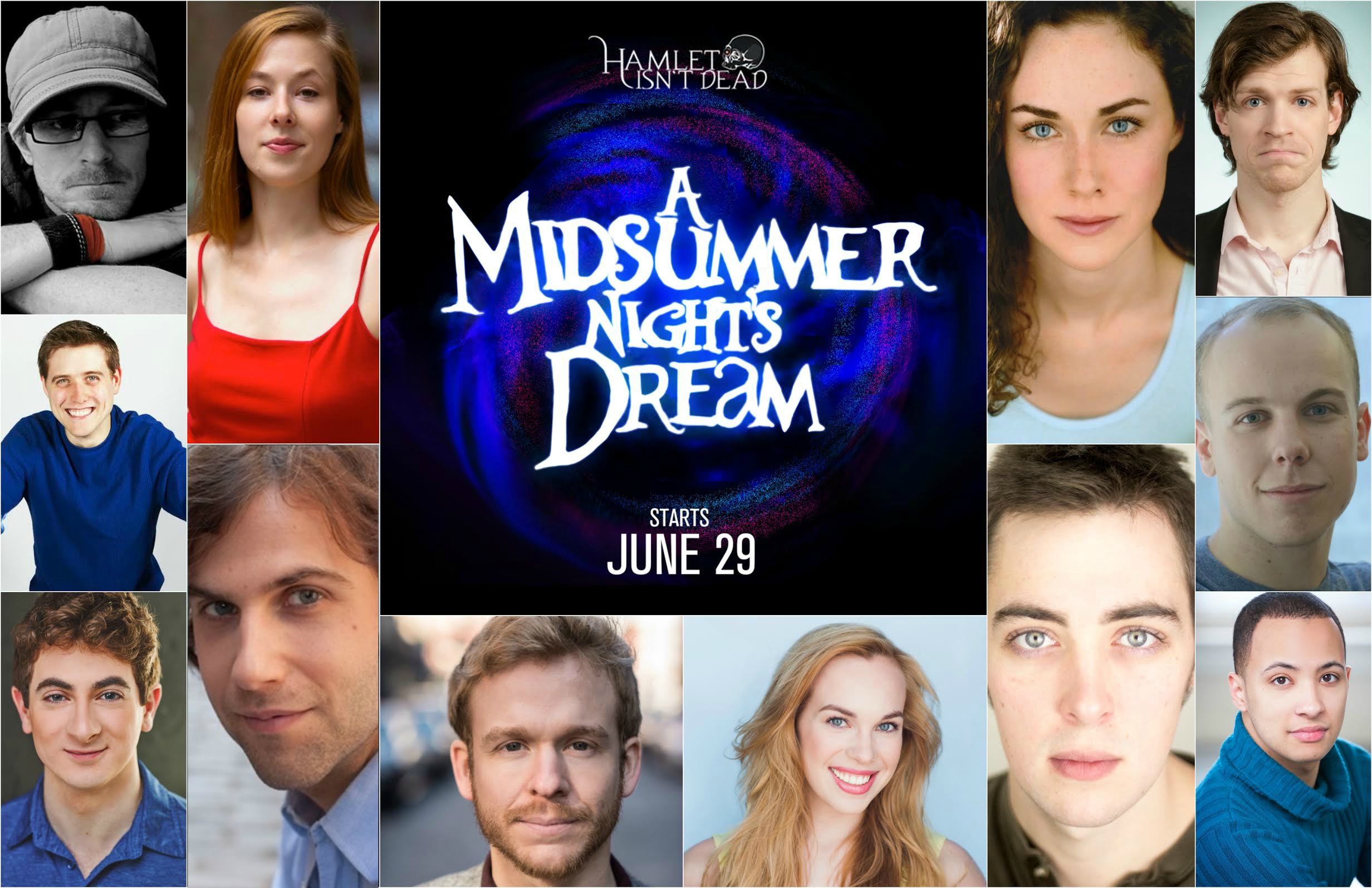 For those who are not familiar, A Midsummer Night’s Dream tells the story of four Athenians who are caught in a love square, if you will, and how their love is manipulated by several precocious fairies in a nearby forest. Young Hermia and Lysander run away together after their love is deemed forbidden by Hermia’s father, only to be pursued by Demetrius, whom Hermia is supposed to marry, and Helena, who longs to wed Demetrius. Meanwhile, the king of the fairies, Oberon, seeks to punish Titania, the queen of the fairies, for not giving in to one of Oberon’s demands. He instructs a sprite named Puck (or Robin Goodfellow) to sprinkle some magical flower extract onto her sleeping eyes, which will cause Titania to fall in love with the first thing that she sees – whether it be man or beast. After running into the lovers, Oberon also instructs Puck to do the same to Demetrius so that he will embrace Helena’s love. However, Puck mistakes a sleeping Leysander for Demetrius, and, when he awakes, Lysander falls in love with Helena instead. Keen to correct his mistake, Puck also douses the sleeping Demetrius, leaving Hermia loveless. While Titania, under the flower’s spell, woos a man that Puck turned into an ass (literally, he is transformed into a donkey), Oberon and Puck work to remedy their folly and bring the right Athenian lovers together once and for all.

A Midsummer Night’s Dream is an absurd play, built on magic, slapstick and farce, but these elements also make it quite accessible. In this production, the small audience sits in the round mere feet from the actors. The ground is littered with fake greenery, plastic ivy drapes the rafters, and giant butterflies sit affixed to pillars woven with white lights. The scenic designer did a respectable job of transforming the small space into a woodland wonderland, although the choice of movable ottomans as principal set pieces is a problematic one given that the actors occasionally trip and fall from the unsteady structures. Director James Rightmyer, Jr’s incorporation of modern music often compliments the lyrical nature of Shakespeare’s work, although the musical interludes occasionally feel additive rather than supportive of the existing narrative. Moreover, the staging at times is a bit claustrophobic with actors running and leaping perilously close to audience members (however, to their credit, none of the actors do more than brush past patrons – no Sleep No More-style body slams here, thankfully**).

For the most part, it is the cast of A Midsummer Night’s Dream that distinguishes and enlivens this particular production. Of particular note are the performances of Kevin Percival as the playful and oft-exasperated Theseus/Oberon, Una Eggerts as the coy Hippolyta/Titania, Ian Fields Stewart drawing sympathetic chuckles as Robin Starveling (especially when attempting to embody “moonlight”), Michael Luca portraying the role of a wall with appreciable tenacity, Megan Greener demonstrating great emotional depth at Hermia and Morgan Hooper doing a spot-on ivy-league bro impression as Lysander. Andrew Laws as the boastful ass, Nick Bottom, certainly draws his fair share of laughs after Bottom’s donkey transformation; however, he fails to fully and convincingly convey Bottom’s pompous self-involvement throughout the remainder of the play. Rhys McClelland so too shines at moments as the mischievous Puck, but his presence is unfortunately upstaged by his colleagues in many scenes.

Which leads me to this production’s greatest flaw – its inability to embrace subtlety. True, Midsummer is replete with comedic moments and mayhem, but part of performing Shakespeare’s comedies well is knowing when to ground them – when to pause the boisterous clamor in favor of a quiet, reflective moment. From the start, Erin Etheridge’s Helena is over-the-top in her conquest to win Demetrius’ love, literally pursuing him on her knees and begging for his love. This portrayal makes Lysander and Demetrius’ absurd behavior when they are hopped up on fairy-flowers seem like a status-quo and her horrified response at their antics in pursuit of her somewhat hypocritical. Laws too suffers from an incessant over-eagerness to draw a laugh from every line – he is funny and his comedic timing is quite good, but only for a brief moment right after Nick Bottom is transformed back into a human does Laws finally appear to find the humanity in the caricature that he has created.

Despite these few faults, the Midsummer ensemble nicely compliments one another and embraces their respective roles with satisfying aplomb. If you are in search of some quality Shakespeare this summer in a venue more intimate than Central Park, Hamlet Isn’t Dead’s exuberant rendition of A Midsummer Night’s Dream is a delightful way to lose yourself for an afternoon, even if it is but a dream.

*Ignoring, of course, the countless times that I have watched a young Robert Sean Leonard play Puck in Dead Poets Society (at each screening, a little part of me hopes his father will just let him be an actor this time…sigh).

**although I wholeheartedly endorse a visit to Sleep No More if you have not seen it.