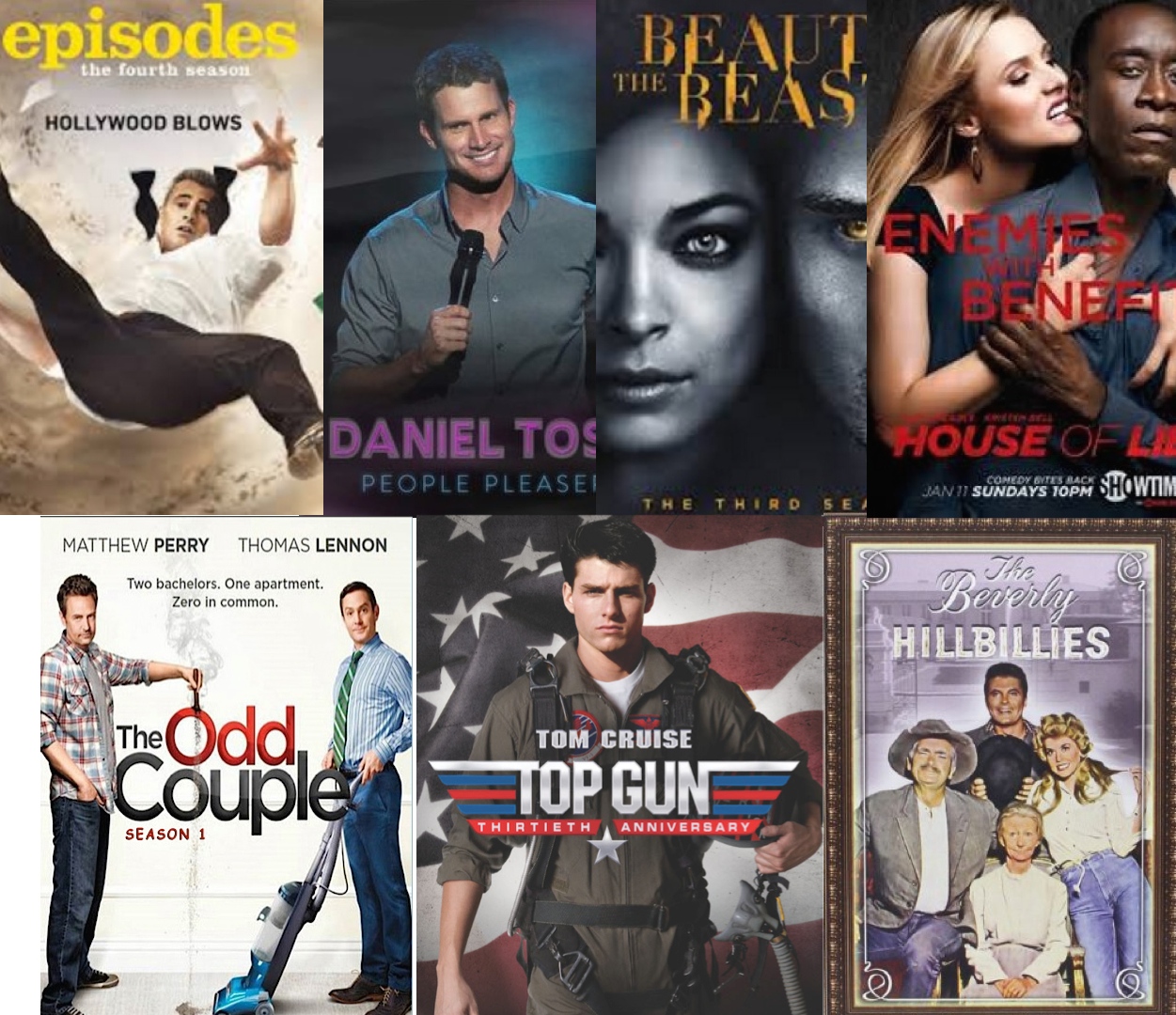 Daniel Tosh: People Pleaser
Nah, who needs standup on DVD? This is Netflix’s game, everyone else should get out of it. Also, Daniel Tosh, can we please be done with him?

Episodes (Fourth Season)
The penultimate season of this beloved Britcom about making TV was both delightful and a clear sign of a series on its way out. Extending the Carol sleeping with her boss joke a step further than anyone expected was a fun surprise and Sean & Bev’s new script was good for some interesting drama but the Matt character has for sure run his course (sorry, Joey!). I still love Episodes but it’s getting to be time to say goodbye. That said, totally a DVD worth having.

House of Lies (Fourth Season)
The DVD cover of the fourth season of Showtime’s most forgettable show is almost enough to make you forget it’s a forgettable show. Kristen Bell is biting Don Cheadle’s ear. What? Why? Huh? Also, let’s never forget that overlooked genius Ben Schwartz is on this show. Ben Schwartz is absurdly wonderful. #JeanRalphio

The Odd Couple (First Season)
I watch this adaptation religiously, which is not to say that it’s actually good but my Friends loyalty is unshakeable and particularly strong as it applies to Matthew Perry (I still maintain that Mr. Sunshine and Go On deserved so much better than they got). It’s not terrible, though it’s not not terrible either. There a few featurettes on the DVD about adapting the new show from the old show from the play which are for sure worth a watch.

The Beverly Hillbillies (First Season)
Classic. Love it. Amazing. The Beverly Hillbillies is quintessential. Does anyone need an entire season of it? Probably not. The one or two episodes that generally make it onto “Classic TV” box sets will certainly suffice since this is one of the most repetitive shows in history. But it’s also endlessly charming so what’s the harm?

Beauty & the Beast (Third Season)
An “Inside the Writer’s Room” featurette is the coolest thing about this DVD (quick reminder that season 3 of this show was only 13 episodes, not the expected network drama 22). I’m all for collecting full seasons of things but Beauty & the Beast? Come on, no one watches this show. The CW cancelled Hart of Dixie and let this live?!

Top Gun: 30th Anniversary
Guys, Top Gun is THE BEST. It’s so much sweatier, gayer, fun and also weirdly dramatic/emotional than you remember (I will always love you, Goose). This DVD/Blu-ray/Digital anniversary combo pack comes in a cool steelbook case and includes every amazing extra you could ever dream of. Interviews with Tom Cruise, audio commentary (which includes input from actual naval experts!), featurettes that take you inside the movie AND the REAL TOP GUN(!) and, most importantly, music videos for four of the songs on the film’s iconic soundtrack. Must. Have.