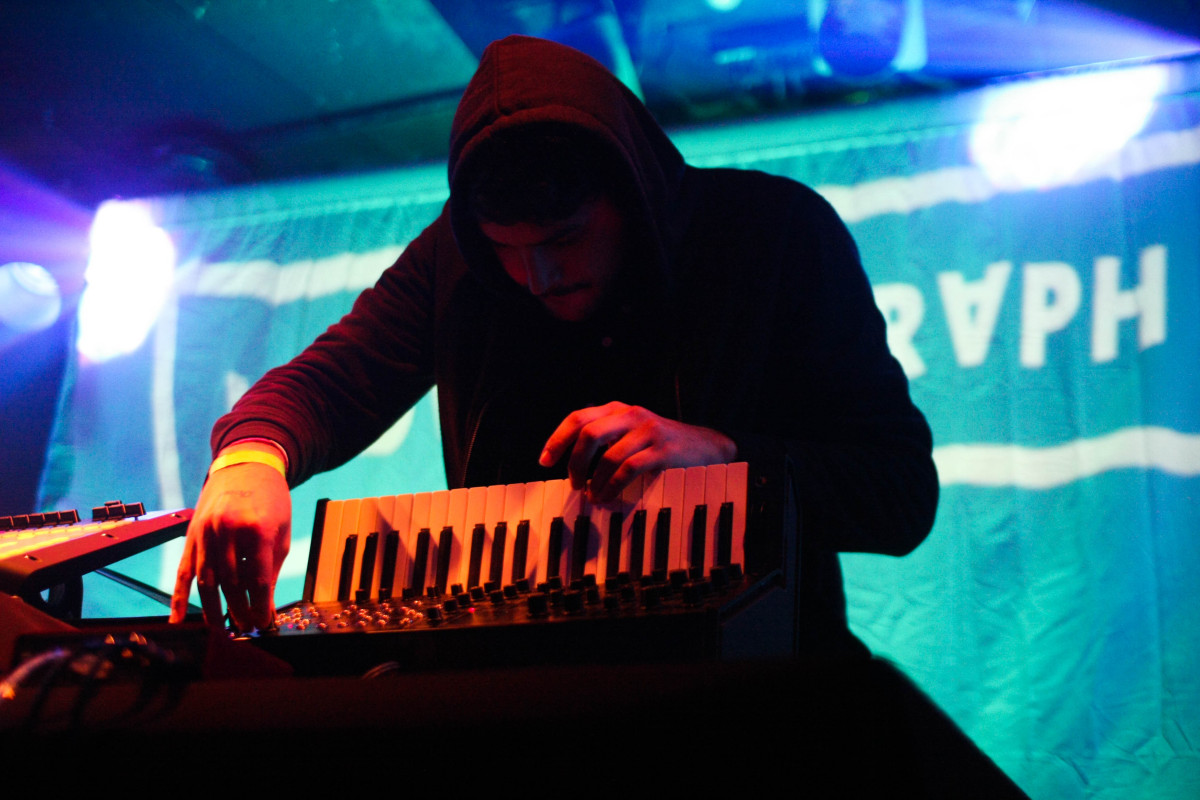 Hello again, and welcome to the second instalment of this spotlight series on some things you probably missed from last year. Today I bring you Kodak to Graph, the stage name of electronic producer Michael Maleki.

My first encounter with Kodak was mere fortune. I was catching a Slow Magic show and hadn’t heard of the openers. After some amount of pre-show altering, I stumbled inside and was immediately drawn to the performance. There was an almost physical pull to the stage. Laced with subtle beauty, but composite in form; a lush ambient atmosphere, expertly crafted beats, warped vocal samples as accents. It seamlessly transitions between chill hop, gloomy synthpop, and trap rap. But everything felt extremely cohesive no matter how disparate the sources. He had a presence to him that was irresistible. I was instantly snapped into his world.

For an idea of what his set sounded like around then, check out the Memory Module mixtape.

After that night, Kodak to Graph took over my music life for damn near ten months. It was almost all I listened to. I scoured the internet for everything he’d ever touched. Even when I think I’ve captured every piece of music he’s made, I’ll stumble across some old EP that he’s discarded and hidden, but still shows a great deal of promise. The wait between the show in September and the debut album in June was made bearable by all these discoveries.

So then spring came, and Isa finally landed. Instead of the impeccable remixes, this new material was a fantastical array of darker, not-quite-danceable tunes. The opening track Belong floats in like a black cloud on tension inducing strings and sorrowful trumpets. Slowly the layers and beats are added, with one big plunge to allow the track to climb again. It really sets the introspective tone of the album.

Everything about Isa is understated, sometimes plodding, and yet each song gets a little brighter and busier than the previous one until midway point, when the trap leaning Nylon Courtyard paves the way for the album’s climax, IAMANTHEM. For being the biggest song on the album there’s still something subdued about it. It would betray Isa’s tone to go too big or too fast, and yet the track has enough gravitas to require an ambient interlude in the fallout.

Glaciaa, my personal highlight is a perfect song. It’s a sunrise. A gentle morning after the storm. As the dawn breaks, a blast of light brings all the beauty of a woken world. But the magic hour is fleeting, and before you know it the final track readjusts you to real life and fades.

Isa is an album that gets better with each listen, and between this debut and all his previous work, I really think he’s going places.

The next time he came back to Toronto he was headlining his own show, and slayed me once again with one of the best live sets I’ve ever seen from an electronic act. Unfortunately attendance was very low, and I was heartbroken for the guy, cause he’s amazingly talented, a complete sweetheart, and I think he was banking on a much larger turnout. I wanted to throttle everyone I knew for missing it.

I can’t wait to hear what’s next from him, and hopefully he starts getting some of the recognition he deserves.