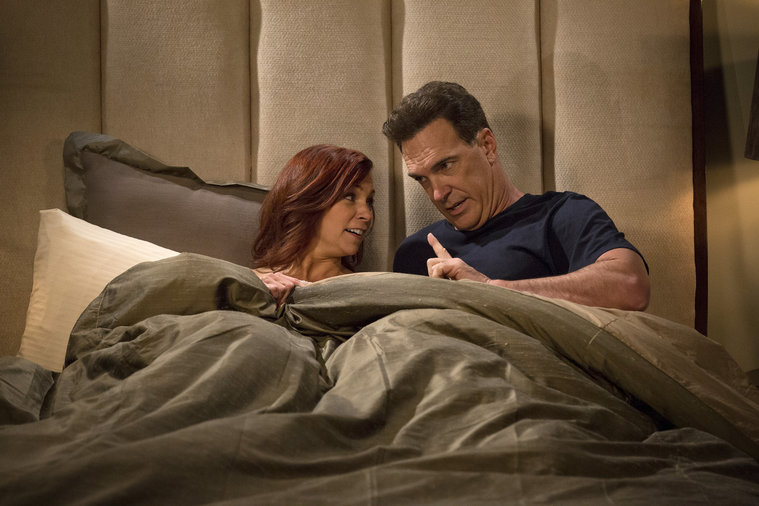 “This is the real world”, says the beautiful, robotic Miranda Cosgrove as she fights with her new onscreen big sister Mia Serafino. Cosgrove is Shea, the ambitious, matter-of-fact aspiring astronaut moving home straight out of college because the government cut science funding, leaving her jobless. Serafino is Stella, the distractible, boy-crazy aspiring actress moving home straight out of a relationship because her acting career has yet to take off and her doltish on-again/off-again boyfriend Justin (Ryan Dorsey) is off-again. The reality of huge numbers of aspirational millenials moving back in with their parents and dreaming too big for their (okay, our) britches is, indeed, “the real world”. Crowded is not the real world; it’s a dumb sitcom world, and not one anyone wants to live in.

NBC’s latest pathetic attempt at sitcom creation, Crowded is as conventional as can be without being funny enough to pull that off (I honestly do love Undateable, despite or maybe even because of its throwback trope-iness, and the Carmichael Show at least has something to say). It’s got a great cast (Carrie Preston and Patrick Warburton as the parents? Yes Please!), definitely slumming it for the network paycheck. It’s got a silly, topical premise (the empty nest is full again!), tired hijinks (oooh, the parents smoke their daughter’s weed stash!) and an unhealthy distain for the demographic that is currently doing all the tastemaking (the aforementioned coddled millenials).

I feel like the problem with this show can be summed up in the fact that they’ve put 5’4 Carrie Preston in gigantic heels in every single scene so she won’t be completely dwarfed by 6’3 Patrick Warburton. This woman looks insane wearing 6 inch wedges walking around her own basement in a t-shirt and jeans. It’s completely inorganic and, instead of turning it into a character point, the show is just hoping we don’t notice. But why can’t the wife character just be significantly shorter than her husband? Why can’t it be a source of comedy or discomfort or awkward jokes from her mother-in-law? Carrie Preston and Patrick Warburton are both solid choices for sitcom parents- Warburton is doing that MVP deadpan thing he does with every character that has been known to mine laughs from bad writing and Preston is so damn likeable it’s only a little bit depressing how massively underused she is in this limiting role (has creator Suzanne Martin never seen The Good Wife? Doesn’t she know what Preston can do?!)- but they’re a weird pair. Does the show find it interesting that they’re so mismatched? Apparently not.

But what did you expect? Showrunner Martin has written extensively for eight previous series and exactly one of them (Frasier) was at all known for being well written (sorry, Hot in Cleveland, but let’s be real). I don’t like to write shows off based on their pilot alone (I could go on and on, and have, about the tragedy that was Selfie‘s misleadingly terrible pilot and the wasteful downfall it caused) but I don’t see any way Crowded could turn into anything more than it currently is- character development by way of repeated lines like “I can never tell when she’s done” about Cosgrove’s Bones-y Shea (though her actual dialogue and delivery is consistently very clear about when she is done speaking) and story development by way of forced generational conflict (the pilot’s plot is basically “you should raise your kids like we did back in the old days”, “you’re right! oh, wait, no you’re not”). This thing is going down, and it deserves to, it’s just a matter of how quickly and whether NBC will ever figure out how very much they’re blowing it.