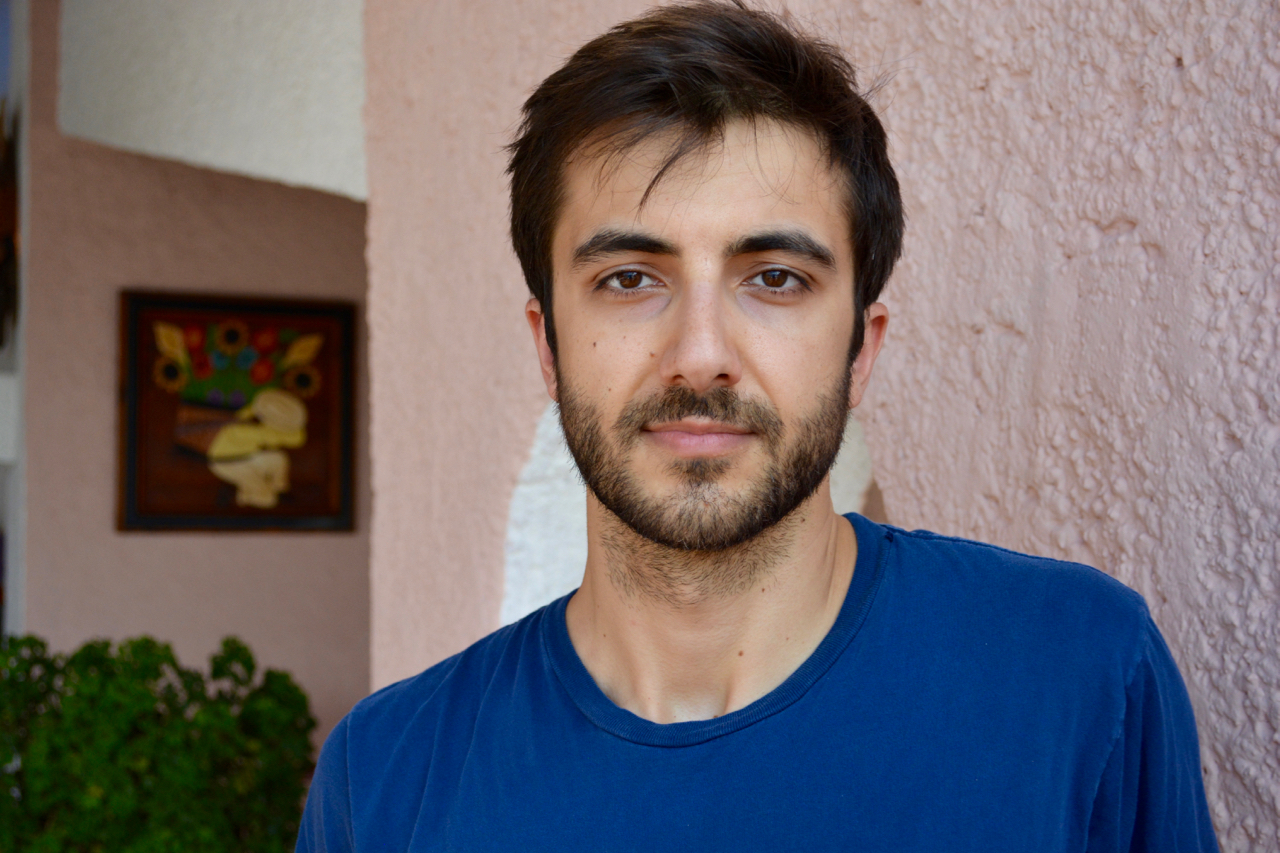 Before we announce the winners of the 2015 MyTV Awards, we’re proud to present our annual Nominee Interview Series.

Arguably the most challenging and acclaimed drama in recent network TV history ended its shocking three-year run in 2015 with an intense and memorable final episode co-written by Nick Antosca with showrunner Bryan Fuller and Steven Lightfoot. We caught up with Nick to discuss “The Wrath of the Lamb” and what made Hannibal different from everything else on TV.

What was the first thing you ever wrote?
Little picture stories about skeletons and dinosaurs.

Tell us a little bit about your novels and how they compare to the writing you’ve done for film and television.
My novels were much more impressionistic and experimental. I didn’t know anything about story structure when I started writing novels, and I didn’t think much about the reader. Novel-writing was a very solitary experience for me. In screenwriting, I learned about structure and revision.

How did you first get involved with Hannibal?
I was a fan of the first two seasons, and I asked my agents to get me a meeting on the third season. Then Steve Lightfoot read my book of short stories, The Girlfriend Game, and recommended me to Bryan Fuller, and they hired me.

Compared to the solo nature of writing a novel, or a screenplay, how have you adapted to the writer’s room setup of a television show? Was Hannibal different from other shows you’ve worked on?
It was different in that the story standards are different. It’s more about aesthetics on Hannibal, more about psychological nuance and depth. Most shows, the storytelling is about dispensing information. Being in a writers room for any show is obviously a lot more social than writing a novel— you just have to get used to good ideas coming from somewhere else than your own brain. You have to be excited by that process rather than thrown off.

Were you a fan of the books or films before you started on the show? How much were those pre-existing texts referenced when you were breaking story for the show?
I was a huge fan. They were referenced a lot when breaking story. Sometimes dialogue is taken straight from Thomas Harris’s books.

Season three of Hannibal was broken into two parts: the Italian storyline, which was revenge-driven, and focused on the fallout of the first two seasons, and the Red Dragon storyline, which introduced a whole new antagonist. You wrote episodes for both halves: ‘Aperitivo’ for the first half, and “The Great Red Dragon’ and ‘The Wrath of the Lamb’ for the second half. How did the tone of the writing shift between the two mini-seasons?
In the second half, we returned to some of the investigative beats that the show had followed in the first two seasons, that were almost entirely abandoned in the first half of the season 3. But the characters and tone are pretty similar. I wouldn’t say the experience was all that different.

You’re credited alongside Bryan Fuller and Steve Lightfoot for all of your episodes. How does that collaboration manifest itself in the writing process? Do you write together or trade off scenes?
It depends on the episode. On “Aperitivo” I wrote the first drafts solo, then Bryan and Steve did the revisions. On “The Great Red Dragon,” Steve and I did the first drafts, then Bryan revised. On “The Wrath of the Lamb,” we wrote as a three-person team, although Bryan is always adjusting and re-writing up until the moment the cameras roll — and in the editing room.

Bryan Fuller is one of the most beloved writers working right now, especially among cult audiences. What insight can you give us into his process and what it’s like to work with him?
You learn a lot. He emphasizes aesthetics and psychology and originality, and he’s utterly bored with anything procedural or anything familiar. He thinks very visually and psychologically, and he’s extremely hard on himself. He won’t tolerate anything that he feels like he’s seen before on TV, or that you might see on any other show.

Your MyTV Award nomination this year is for ‘Wrath of the Lamb’. Do you have a favourite moment from that episode?
Yes, the final montage with the Siouxsie Sioux moment is probably my favorite sequence. It’s one of my favorite things in the entire show, to be honest. I can’t take credit for it. Bryan and Brian Reitzell really created that with the editing and music. In terms of scenes that I actually worked on, Hannibal’s final scene with Alana, where he tells her that he owns her. And Will’s scene with Bedelia, where she rips into him.

Were there any particular problems you or the writing team ran into while adapting the Red Dragon story?
Just how to do it a little differently, since it’s been done so many times before.

‘Wrath of the Lamb’ was unfortunately the last episode of Hannibal. Did you have any inkling that might be the case while writing it, and did Hannibal‘s cancellation affect the writing process at all?
Oh, absolutely. We thought it would probably be canceled, so we went for broke. Bryan had an idea for what the next season would be, if it could happen, but we knew we probably wouldn’t get a fourth.

Your writing is rooted in horror or dread. Hannibal is about serial killers, but you’ve also written about ghosts and other supernatural phenomenon. Do you write about what actually scares you, or do draw inspiration from something else?
I don’t believe in the supernatural. What scares me is pain and degradation, not death. And in other people, irrationality. Everybody can find a bit of that to draw on.

Can you tell us more about Channel Zero and any other upcoming projects?
We are in the writers room right now on Channel Zero, which is an anthology horror show. The first season is based on “Candle Cove,” a viral short story by Kris Straub. Max Landis optioned the rights to it as a producer and brought it to me, and I adapted the story into a pilot for Syfy. The writers room is great — we have Harley Peyton of Twin Peaks and Don Mancini who created Child’s Play in the room, and two fantastic staff writers named Katie Gruel and Erica Saleh. It has been a great experience.

If you only have time to watch one television show a week, which do you pick and why? Do you have any all-time favourites?
My favorite shows are The Returned, Mad Men, Fargo season 2, and to be honest, Hannibal.