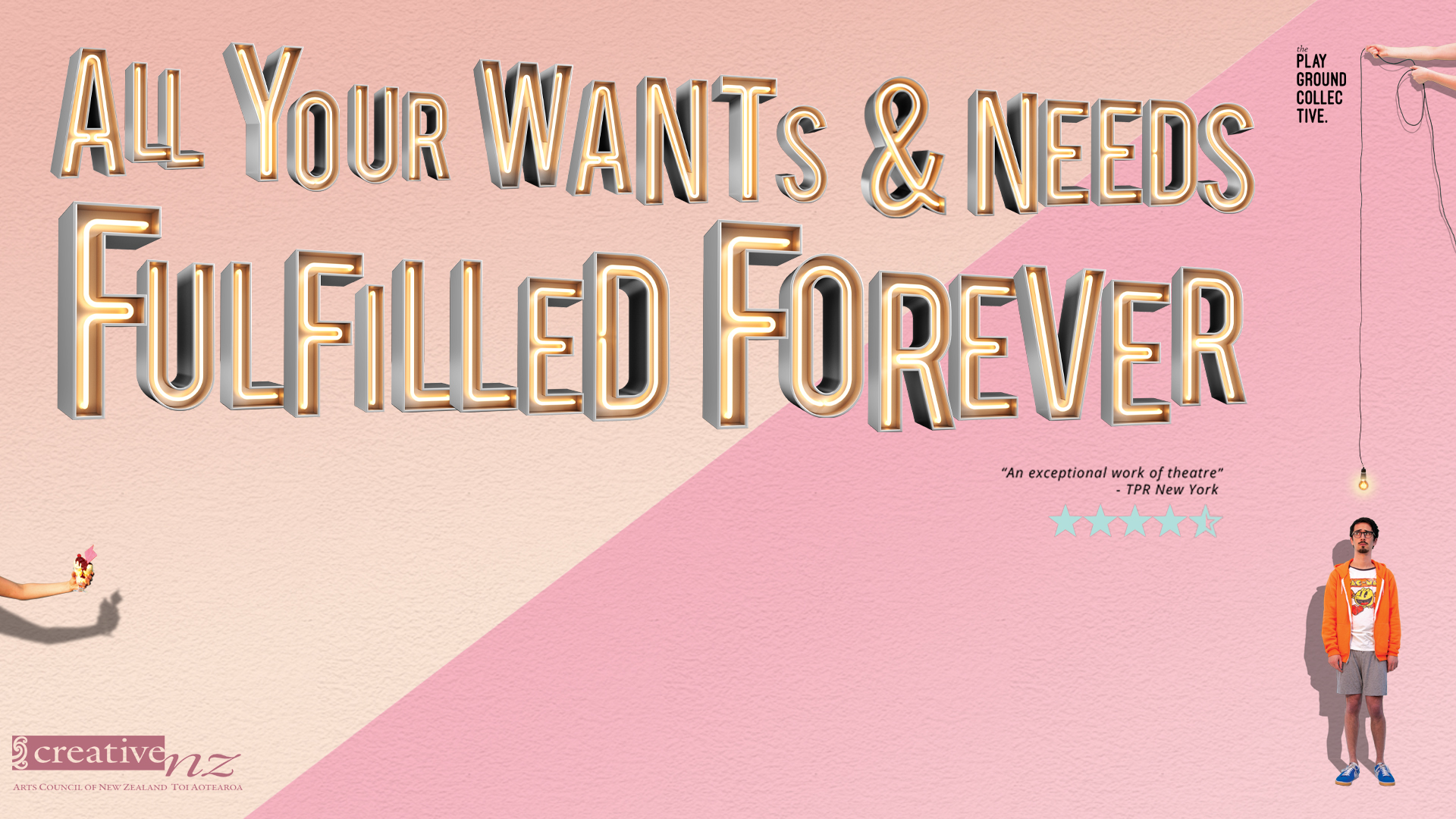 All your Wants and Needs Fulfilled Forever at the Vaults

Imagine living in a box like a mouse. Now imagine never having any real contact with close friends and relatives and only being able to hear them speak. This seems strange and unreal, but it is exactly what audiences feel when going to see All Your Wants and Needs Fulfilled Forever at the Vaults. This is a story like no other filled with fear, love, grief, and reflections on human emotions.

The plot is difficult to explain. It is about a man named Simon, a 25 year-old living in Auckland whose father just died. He leads a relatively normal life, aside from the fact that he lives it in a bright white room. How is he able to live in this? Victoria, Hamish and Simon, the other characters of the play, portray the various people in his life through microphones and mannequins, making Simon feel they are living his life with him. Things take a turn when he sees an advert on television for a mysterious box, which he decides to order. All he wants to know is what is in the box. Without giving too much away, his life progresses, things change, but the mystery of the box is a dominant element of the plot.

If this story seems credible to the spectators, it is thanks to the quality of the acting. The audience is perfectly able to imagine the various characters of the performance through the voices they imitate. Again, this does not seem to make much sense, but in the context of the story it does. The set of the play is rather minimalist but the actors, especially Joel Baxendale, have a fabulous mastering of miming, making objects seem as if they are on stage. There are only four physical actors but there is another that brings a great deal of humor to the play. This is the director of the operation, the robotic voice coming from a light bulb. He is the one giving orders, conducting the whole operation and, ironically, giving more sense to the story.

The use of lighting and music adds an interesting element to the performance. Emotions are emphasized through these media, bringing the audience closer to a story that is difficult to relate to. The set design for the production is extremely well thought out and is a vital component of the production. Through it, spectators are submersed in this confusing world where notions of human freedom and reality are skewed.

Portraying a man living in a box, resembling the life of a mouse undergoing a Pavlovian experiment is no easy task. The combination of fantastic directing on the part of Robin Kerr, poignant characters, set design and the use of sounds and music make All Your Wants and Needs Fulfilled Forever unorthodox theatre at its finest.