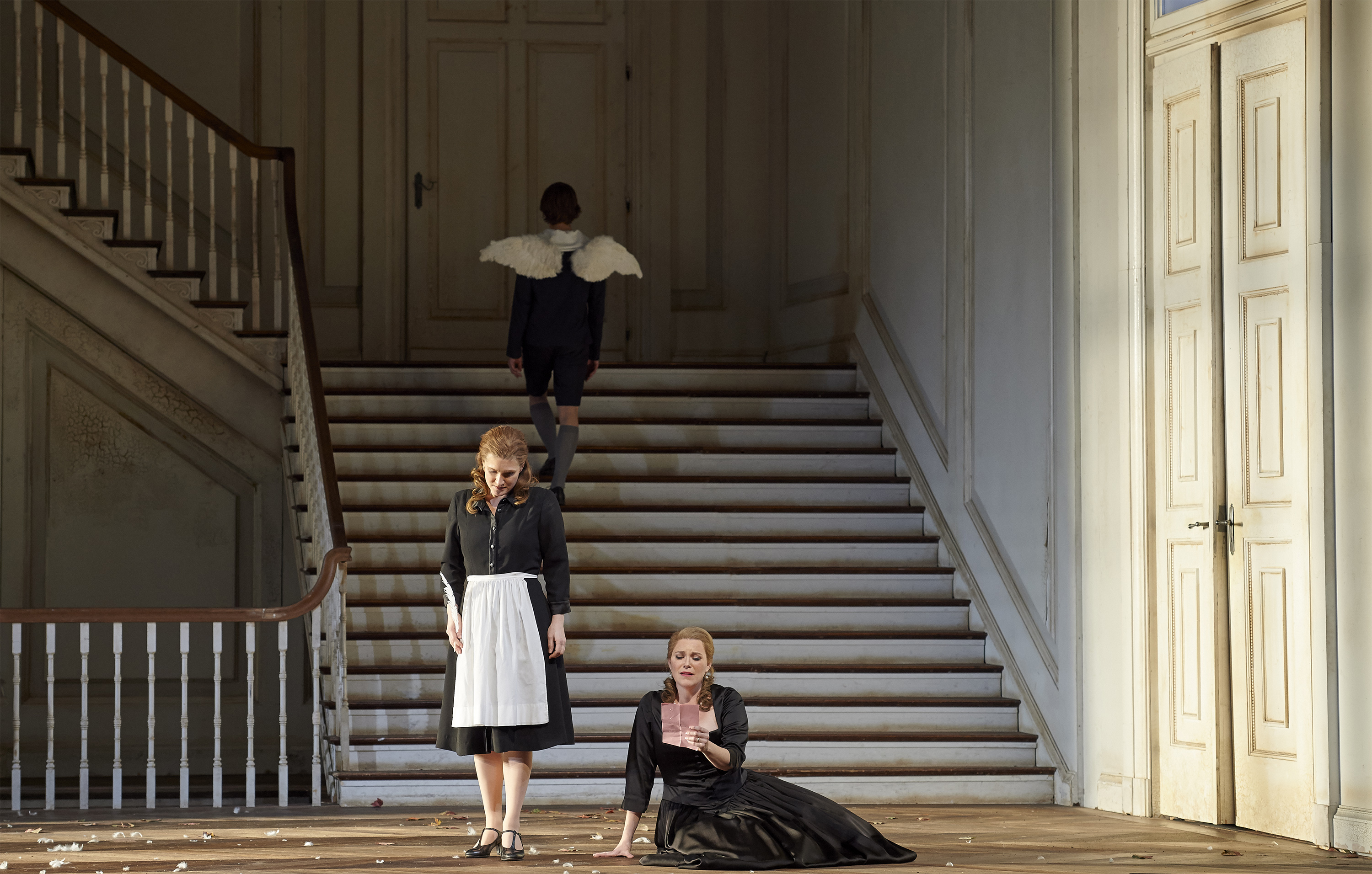 Right up front, I have to say that I just don’t love Wagner. I’ve tried, I’ve tried so hard (I was well-rested, well-fed, well-Mentos’d to keep me alert during this latest interminable Wagnerian ordeal), but I cannot force myself to invest in overblown German dramatics about trolls for five hours at a time. The plot of the Ring Cycle is obviously proto-LOTR but each segment actually contains so little action that you could sum up the Entire Thing in approximately three sentences. In Siegfried (on stage now), for instance- Siegfried (orphaned son of Die Walküre stars Sieglinde and Siegmund) forges an all-powerful new sword out of broken pieces of his mother’s old sword. He uses said sword to kill the dragon Fafner and, through the magic of dragon blood (obviously), can now understand bird songs (obviously). The bird song leads Siegfried to the sleeping Brünnhilde (y’all remember her, her pops Wotan put her under a Snow White spell in the last silly Wagner opera because she showed mercy to Siegfried’s parents) whom he awakes with a kiss and they live happily ever after until the next silly Wagner opera. That’s literally all that happens over the course of Five Hours. Michael Levine’s ambitious designs remain wackily entrancing (all fire is made of humans! Not by humans, Of Humans) and the COC orchestra is in top form, as they always are when musical director Johannes Debus is conducting, with particularly special things happening in the string section during act three, but the voices in this cast felt stifled, the performances stiff, and there’s just no getting around the complete lack of story beats or believable character stakes.

It seems silly that a totally frothy frolic of an opera like The Marriage of Figaro should top something epic like Siegfried in emotional consequence but, as directed by Claus Guth and performed by a particularly luminous (and largely Canadian!) cast, it easily does- at least in my estimation, because I love well-paced, well-acted storytelling and, as discussed, do not love Wagner. A leading trio of extraordinary women (Erin Wall as the Countess, Emily Fons as Cherubino, Jane Archibald as Susanna) and Russell Braun as Count Almaviva (the darker, older version) ensure that each character is as grounded in honest performance as in vocal perfection, which is my number one (and sometimes only, if we’re being honest) requirement for great opera.

There’s a lot that’s nutty about this production- most notably the winged angel boy who oversees and directs the action in fun (his cheeky character charts at the end of act two), intriguing (leaping on the Count’s back as he attempts to sing, a scene that shows off Braun’s startling resilience) and bizarre (unicycle!) ways and it’s not exactly short either. The Marriage of Figaro has little of the Ring Cycle’s grandeur and almost none of its awe; the black and white costumes and weathered staircase set are beautifully made but can’t hold a candle to Siegfried‘s tree of bodies or human bear(!)… but I’m just out on Wagner, and in on Mozart. As much as I tried to invest in the bolder, more complex of the two productions, Wagner is not my cup of tea and it appears there’s nothing to be done about that. I wish the performers would move even an inch or two while singing and put a modicum of effort into selling things like rivalries and true love but, for the most part, there isn’t much the COC could be doing to fix the problem of my apparently unshakeable anti-Wagner sentiments. Their Siegfried is good, I just didn’t like it. Luckily, their Marriage of Figaro is good too.