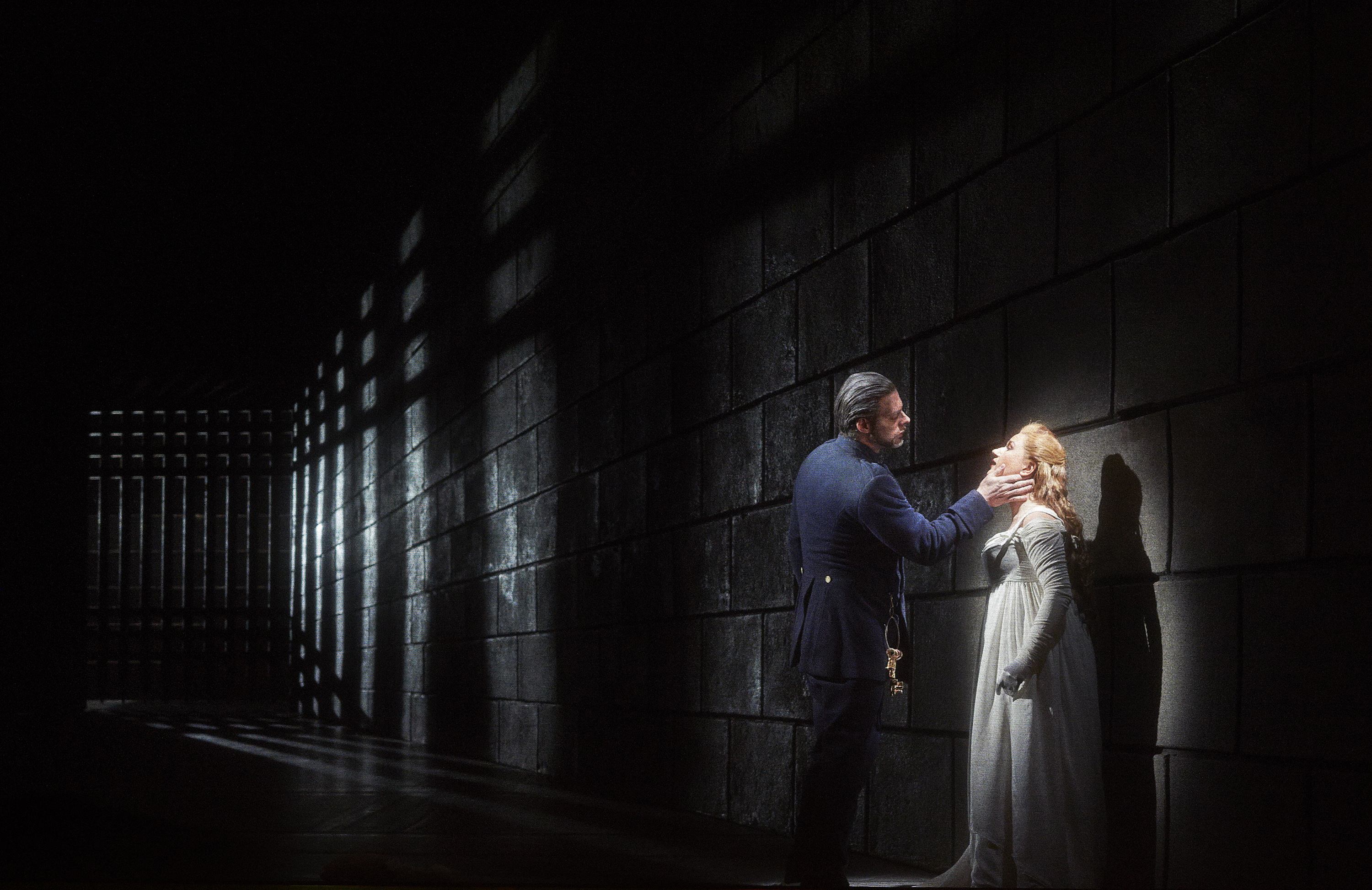 There are a few operatic conventions that really get me down. The first is a wackadoo story that let’s say isn’t exactly grounded in human truth. The second is overdramatic Tragedy with a capital t. Though the two productions that make up the Canadian Opera Company’s spring season embody, respectively, these qualities to a tee, they’re clever and intriguing enough to get a free pass on their fundamental flaws.

The Barber of Seville, though wildly trivial, is a lot of fun. Joan Guillén’s over-the-top set and costume design bring a spirited self-awareness to the nonsense which is matched by lively performances, specifically from the incredibly charming Alek Shrader as Count Almaviva who appears to be having all the fun in the world. Also unique to this production is the actual chemistry shared by Shrader and Serena Malfi’s likeably modern Rosina (believable romantic chemistry is so rare on the COC stage I’d begun to think I’d daydreamed the few times I thought I saw some). It’s always great to have captivating bass Robert Gleadow back at the Four Seasons Centre and Joshua Hopkins rounds out the cast with his excellent scamp of a Figaro. Three hours is a long time and COC prices are a lot to pay for lively nonsense but this nonsense if very lively.

In contrast, the double bill of Bluebeard’s Castle and Erwartung is both short (Really short; two hours including intermission) and definitely not lively or trivial. Directed with Robert Lepage’s signature visual flair (a gold frame makes both pieces look like paintings) and thrilling lighting work (with an assist from designer Robert Thomson), these musically complex one-acts are grim and dark, very much the stylistic products of 20th century Hungary and Germany not 19th century Italy (like Rossini’s Barber). Shoenberg’s Erwartung, a soprano solo about a scorned woman who’s lost the man she loves, left me unmoved but the story of Bartók allegorical two-hander Bluebeard’s Castle burrowed its way into my consciousness beyond the unpleasantly atonal style and Lepage’s potentially distracting technical achievements (brilliant, but potentially distracting). Most operas unravel complicated but fairly superficial plots- this guy loves this girl who is the property of this guy, etc, etc, revenge, suicide, etc- but Bluebeard’s Castle has a story so simple it sounds silly on paper- guy marries girl, she opens a bunch of doors- but actually has interesting, open-to-interpretation meaning on a character level. I saw it as Judith’s quest to unlock the light she believes lives inside the closed-off man she loves only to find that she’s tread the same path as many doomed moths before her, but what’s uniquely satisfying about Bluebeard’s Castle compared to many other works on the COC stage is that you might see something else entirely, and we could debate it, and see it again, and reconsider. It’s rare that an opera is able to engage my mind on a story level the way it does on a musical one and since I rarely have much to report on the COC’s always excellent musical execution (beyond noting that it’s always great to have Debus holding the baton), this was a welcome change.