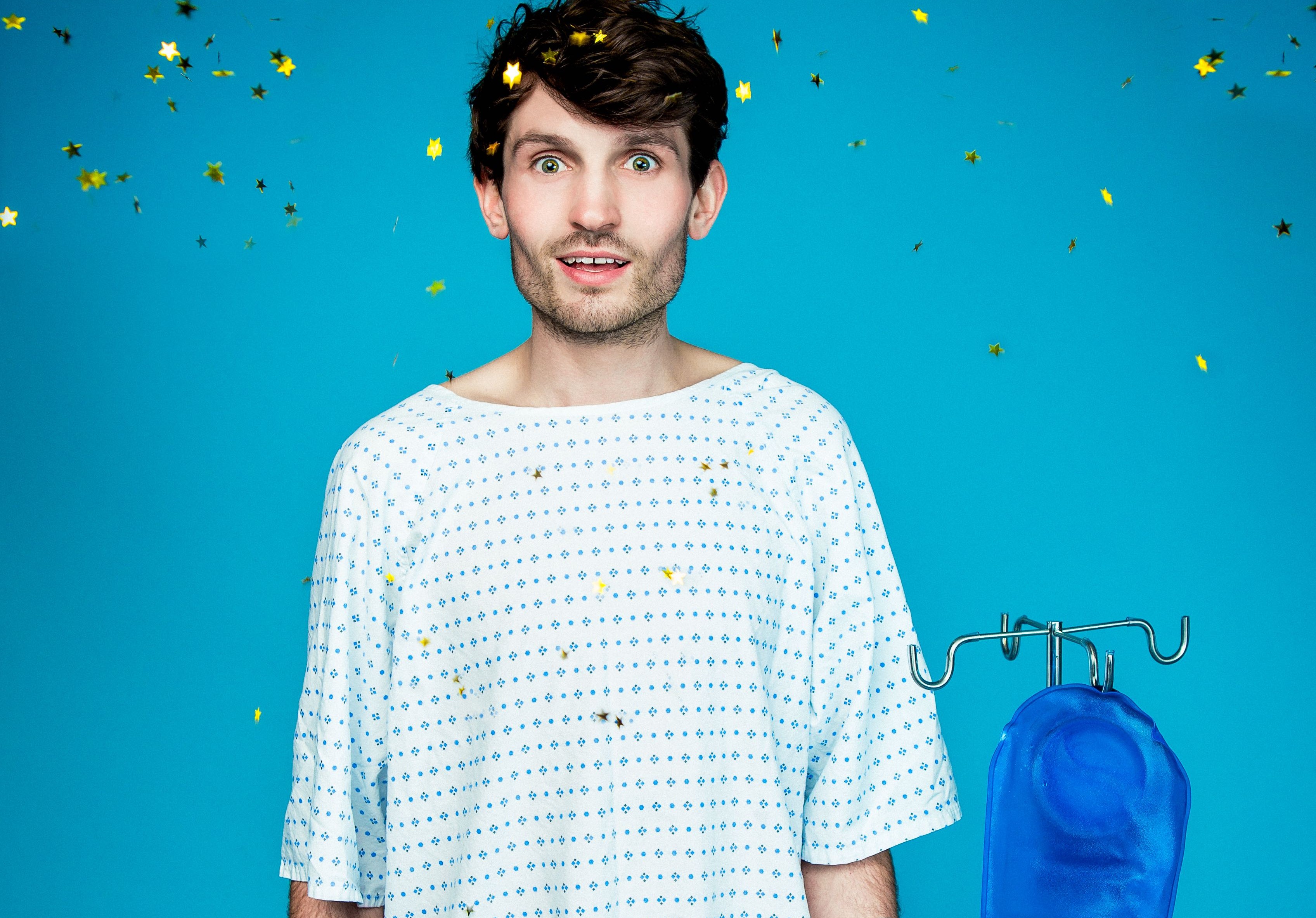 The Eulogy of Toby Peach at the Vault Festival

Cancer is no laughing matter, but the Eulogy of Toby Peach introduces audiences to a way to talk seriously about the disease while still cracking a smile. Written and performed by Toby Peach, this is the autobiography of a young man diagnosed with cancer at 20 years old ready to tell his story to the world. Walking into the room at the Vaults, one sees a projector, two chairs, and a podium, resembling one that people stand behind at a eulogy. Given the title, it does seem as though the play will be a sad story of a boy struggling with an unbeatable sickness. It is sad, and at times discouraging, but as the story develops, the podium comes to life, turning into a bar among other things. What seems to be a depressing portrayal of disease is actually an entertaining and light-hearted performance, while keeping a background theme of fear and struggle.

It really does feel like it is a young man telling the story, which is in no way a bad thing. It allows spectators to feel proximity with the ideas, fears and jokes made by Toby Peach. With only one actor on stage, one could think that this would be a long performance that would drag on. Such is not the case at all. Toby portrays various characters while telling the story. He is the president of the Cancer Club, of which Toby is now a member. He is the bartender concocting medical cocktails; he is a scared young man, a strong one, and a brave one. The character development in this performance is worth emphasizing because Toby does it so well. Every portrayal is a part of Toby’s thought process that he is now able to express and share. He is quick on his feet, moves from one end of the stage to the other, and never fails to make the audience smile, either with a joke or with his charming charisma. It should be mentioned that there is a hidden element of social bias to the story which one discovers at the end, and although it may come off as slightly annoying to some, it truly encompasses the mind-frame behind which the play was written.

The audience is engaged in the performance as well, bringing an element of originality to this one-man show. It is a small venue, therefore it is easy to have everyone stand up and pose for a selfie, or cheer at something Toby says. It is unorthodox, but it makes the performance more entertaining. Playing for a short time until February 21st at the Vaults, The Eulogy of Toby Peach promises an original way to consider a disease we are too scared to ever laugh about.