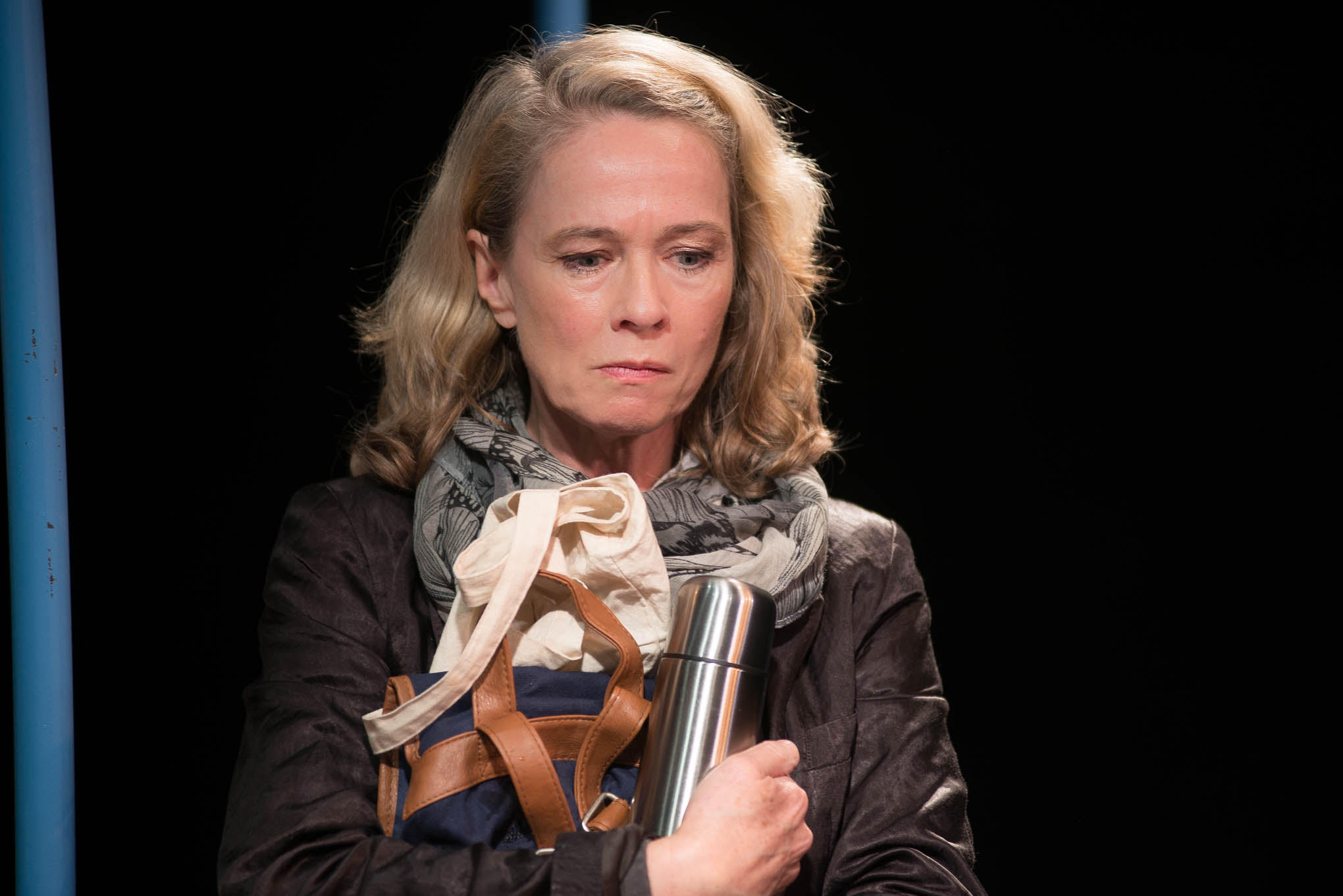 One of Those at Tristan Bates Theatre

Most people regard train rides as long and insignificant lapses of time spent alone, reading a book, listening to music, or simply wishing for someone to talk to. Until February 13th at the Tristan Bates Theatre, audiences can discover what it’s like to actually meet strangers on a train that can change your life. One of Those, directed by Amy Ewbank, promises a short but delightful evening at the theatre. The play takes place on a train from London to Penzance in Cornwall. The set design is perfectly simple and realistic and is able to transport the spectators on this commute full of surprises. With the voices of the conductors coming in at crucial plot moments, the story feels even more real.

A young woman dating an older man, a young father and a divorce lawyer having an affair find their stories intertwine as the journey progresses. They do not know each other beforehand, and they don’t necessarily truly know each other at the end, but the encounters made on this train ride changes their lives forever. The plot is very gripping, and the humorous aspects add very well to the strength of the performance.

With themes of love, family, betrayal, regret, and curiosity, the audience can tell from the beginning that this will be an interesting story. The first meeting of the play starts off awkwardly, with Amy Newton, playing Laura, asking Tom Ward-Thomas, playing James, how to spell the word “bureaucracy”. Laura’s perseverance to finish her crossword puzzle allows her to meet James, a moment she will never forget. Both actors perform their respective roles incredibly well, and project their emotions to the audience with great ease. This is also due to the director’s choice to have actors alone on stage at certain moments, not speaking, allowing everyone to know exactly what they are feeling.

In seats not too far from them, Phillip, played by Martin Ball, is off to spend the weekend with his mistress Devina, played by Emma Kelly. The weekend does not go as planned at all when they meet an unexpected passenger on the train portrayed by Louise Bangay. Martin Ball offers a wonderful performance of what one would think of a stereotypical, middle-aged British man with a sense of humor, but also with a sense of disappointment with his life. As mentioned before, every actor of this performance should be applauded for his or her talent, and for his or her ability to make the audience feel as though they know them at the end.

The play is quite short and the audience wants to see more as it finishes. But in no way does this weaken the performance. Instead, it probably makes it even more powerful, ending on a note where no one knows exactly what will happen. Do not miss One of Those! It will make you question important things in life, and allow you to enjoy yet another magical night at the theatre in London.