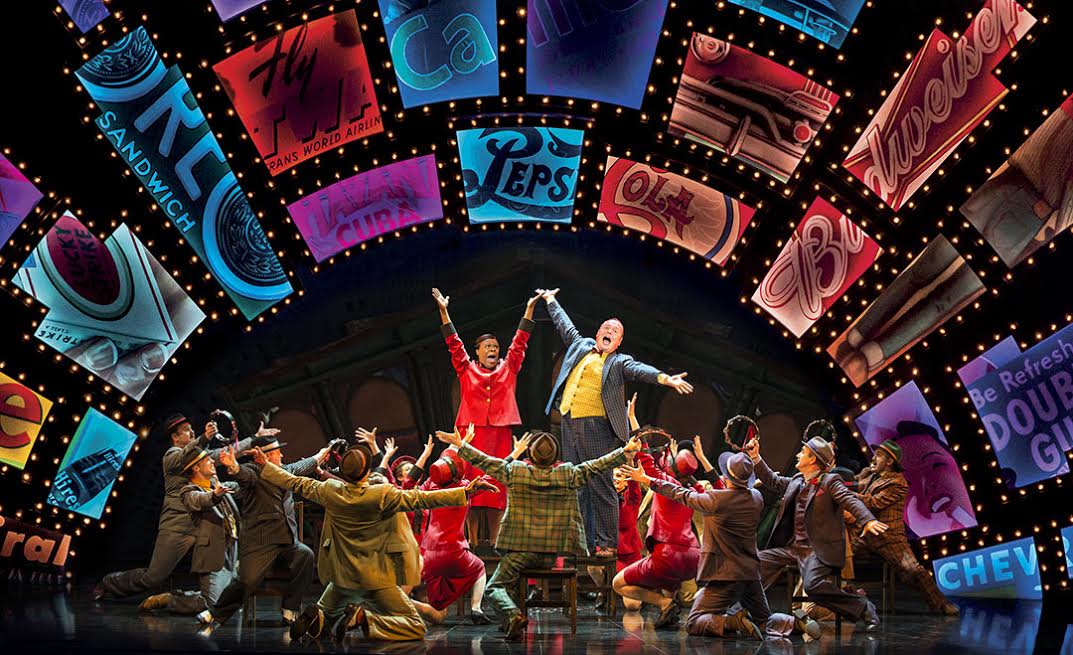 Guys and Dolls at the Savoy Theatre

One of the latest revivals to hit the West End, Guys and Dolls is a classic piece of light-hearted entertainment, a thoroughly enjoyable romp which is sure to cure those pesky January blues. Set in a dizzying yet dazzling den of debauchery within the New York City underworld, Guys and Dolls tells the tale of Nathan Detroit, a desperate degenerate who is short on the cash needed to host an illegal dice game. Becoming increasingly bereft of choices, he opts to try and dupe the notorious high-roller and eccentric gambler, Sky Masterson—a man who never turns down a bet. The proposition: Sky must seduce and bring to Havana the seemingly unconquerable Salvation Army sergeant, Sarah Brown. What follows is a story which never really shies away from the tried and tested musical formula, but is accomplished with so much energy and pizazz by the excellent cast that it features as one of the most enjoyable shows out there in this cold and dark month.

Aside from the almost spot-on and at times somewhat indecipherable New Yawk accented dialogue, Guys and Dolls showcases a wealth of great musical numbers. ‘Luck Be A Lady’ is, of course, a highlight, but Gavin Spokes’s performance of ‘Sit Down, You’re Rockin’ the Boat’ is a show-stopper piece and a true delight. Other songs are suitably energetic and are often enough supplemented by some excellent cartwheeling and somersaulting dance routines. However, it is Sophie Thompson’s Adelaide (Nathan’s long suffering fiancée of many years) and her fantastic numbers which ultimately steal the show. In particular, her lament on the psychological impact of long-running romantic frustration (‘Adelaide’s Lament’) is very funny and a stand-out piece of the evening. Jamie Parker similarly delivers a great performance as the seductive and charming Sky, capably pulling the show together around a likeable, if not morally dubious, character.

Indeed, the moral base on which the show lies is a little, well…old-fashioned in its portrayal of women and their possession-like standing among the ‘Guys’. While not wanting to comment too much on the script itself, there are certainly a few issues. The titular number ‘Guys and Dolls’, for example, ends with a line providing the answer to the question of why men otherwise adjust their natural character – ‘the guy’s only doing it for some doll!’ Similarly, the women only really sing about men, including poor Adelaide, who consistently recognises her constant mistreatment by Nathan yet refuses to really chastise him. These dated paradigms do detract somewhat from the show’s relevance in the modern era, but will be unlikely to lessen the otherwise high-level of entertainment value this show ultimately delivers to the audience.

In sum, Guys and Dolls is sure to provide a fun-filled evening for anyone looking to get away from the doom and gloom of a wintry January day. Its glitzy numbers, strong performances and light-hearted tone form the underpinning of a solid, if not a little dated, show. Despite following the same-old tropes employed by many other musicals of its kind,Guys and Dolls is nevertheless a great success and sure to leave a smile on the face of anyone lucky enough to be in the audience.