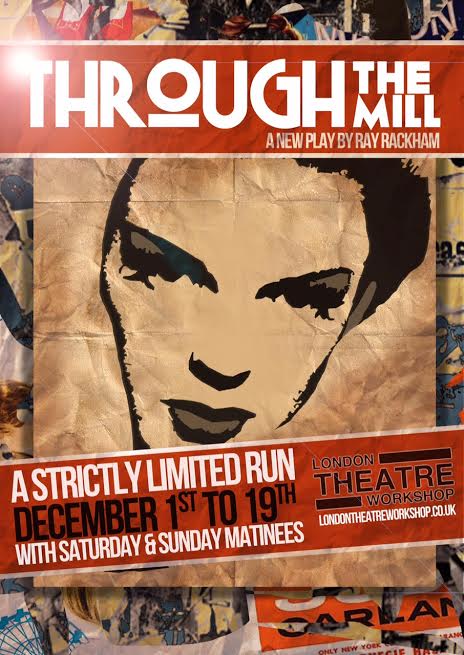 Through the Mill at the London Theatre Workshop

For a very limited time, London has the opportunity to learn about the life of the fabulous Judy Garland. Audiences who wish to be swept back into the Golden Age of Hollywood are urged to attend Through the Mill written by Ray Rackham and directed by Max Reynolds at the London Theatre Workshop. The performance promises a memorable evening filled with emotion, marvelous costumes, enchanting music and fantastic acting. Unfortunately, the room is quite stuffy and warm for the audience, but it is easy to get used to.

Stage-related challenges are dealt with relatively well: the venue is small but Johnson Williams Stage Design’s set does not make it feel that way. Different moments in Judy’s life are interpreted on different parts of the stage. The flashbacks are clear and it really seems as though time has gone back 10 or 30 years. Be that as it may, the size of the stage does make some scenes crowded, as many actors, although sitting still, seem to be in the way of the scene taking place. The set design takes attention to every detail, from the suitcases in the dressing room to the bouquet of flowers sent by Lucille Ball. Judy’s costumes are glamorous and over the top, just like her. The entire cast is dressed for every period, and they allow everyone to be taken back to a different era. Whether it is 1938 or 1960, the audience can usually tell when that particular scene is taking place.

Through the Mill has a very strong cast, but without a doubt, the three women portraying Judy Garland at different times in her life outshine the rest. Each one brings a different element of understanding and, at the end, the spectators feel like they truly know who is the real Judy Garland. Lucy Penrose brings the young and vulnerable side of Judy, whereas Belinda Wollaston shows a woman confident on the outside, but still vulnerable behind the scenes. From these two Judys, the audience has more sympathy for the oldest, beautifully portrayed by Helen Sheals, because one can truly understand everything she has gone through. These three women with their outstanding voices and stage presence embody Judy in a unique way. When they sing, the audience shivers. There are many layers to such a complex woman, and they portray each one with extreme ease.

There is also something to be said about the rest of the cast. As mentioned earlier, the entire cast is a strong one. Each actor brings his or her unique element to the story, be it Carmella Brown’s charm as the shy dresser or Tom Elliot Reade’s sensitivity as the producer trying to help a young Judy who cannot escape her mother’s authority.

It goes without saying that Through the Mill would be empty without music to accompany the acting. There are not too many songs, but when there are, everyone is in awe. The timing is right they are just the right length, and they bring yet another level of understanding to Judy’s life, her thoughts and her memories. The iconic songs, such as Over the Rainbow, make the audience smile remembering Dorothy in the Wizard of Oz. But the songs also show Judy’s personal growth from the shy girl next door to one of the most renowned Hollywood stars of the 20th century, who by the end needs to get back into show business for having lived a little bit too much of a careless life.

Through the Mill is an extraordinary portrayal of an extraordinary woman. For musical enthusiasts looking for an all-around spectacular show, the London Theatre Workshop is the place to go until December 19th.