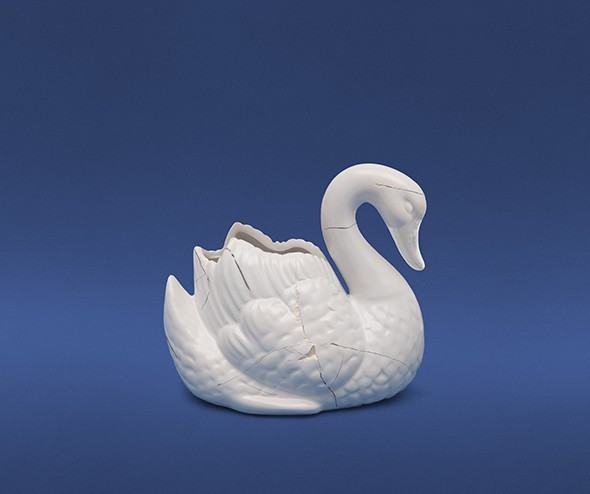 Linda at the Royal Court Theatre

Anger can appear in various forms, but is it always justified? After all, most would see anger as a destructive force. Occasionally, it is so strong that it amounts to a wild outburst: this is what Penelope Skinner’s Linda is. It subjects us to the life of Linda Wilde, a middle-aged, award-winning marketing director for Swan, a cosmetics company. After suggesting that the company stop using the fear of ageing as a selling point for a cream, she finds her ideas stifled at every company level, while simultaneously her home life begins to deteriorate.

Just as Linda’s campaign seeks to improve the social status of older women in society, so does Skinner, although, unlike Linda, she does not have a neat powerpoint presentation to back herself up. Instead, the play she presents to us is a behemothic two-and-a-half-hour piece that suffers from weak dialogue and structural problems. Linda lacks finesse: this is not bad per se; in fact, I love overwhelming experiences in the theatre—my favourable review of the maximalism in Price of Money proves this. Yet here, the script is so loaded with banal observations and thoughtless tropes that the play finds itself in the middle ground between conventionality and extremism: it turns into melodrama and this taints whatever message she wants to convey. Linda’s final plea of act one sees her shout: ‘I’m standing here. I’m making you listen. I will not disappear!’. Unfortunately, this protest achieves little: Skinner’s campaign to attack beauty standards fails because her dialogue is all platitudes and no substance. Anyone would rationally agree with what is said but the problem is that what is said is not argued: the audience should not want Linda to ‘disappear’ but her textual appearance is empty enough that we are indifferent—it is only from Noma Dumezweni’s phenomenal presence that any sympathy develops. Skinner is so concerned with making a statement that she forgets to breathe life into any of her characters. Apart from scarce sections of the second act there is little attempt to give any of her creations dimensionality: Neil is a lousy husband, Amy a horrible co-worker, Bridget an unrealistically precocious schoolgirl and Luke a New Age dim-witted millennial. The only character capable of serving anything other than the story is Linda’s daughter, Alice (smartly played Karla Crome), yet not enough time is given to her arc. The general one-sidedness of the characters is especially problematic given much of Linda’s supposed importance is based on how she affects others, whether as a boss or mother; when those others are relative cardboard compared to her one can never feel like she realistically makes a difference on them. There are exceptions to this trend, particularly in one revelatory scene between the protagonist and her husband (I cannot spoil its contents here), yet this is a rare moment compared to the paltry others. Admittedly, the dialogue has its humour, although much of its content is shock value for a prudish older audience.

What saves the work in certain respects is Dumezweni, which anyone who knows this production’s recent history will find ironic: after Kim Cattrall dropped out of the role less than two weeks before opening night, Dumezweni was sworn in with as little time to rehearse as possible. In fact, due to the copious dialogue she still carries a script on stage, though is deft in passing the paper bundle off as work documents. What emerges, and quite remarkably, from her rushed rehearsing is a rare extemporaneity: despite being unfamiliar with her lines Dumenzweni delivers as a real person would, willing to stutter and forget proper cadence, and this is all to her advantage: she is wholly believable, although only insofar as her dialogue allows her to be.

On the technical side Es Devlin proves she is still the preeminent set designer of London theatre. Linda takes place on a multi-story revolving tower comprising five stages that melt into each other in a sleek, white construction, its ultramodern look replete with the curves of a swan’s neck. There is little thematically going on here apart from the apparent interrelation between the home and office, although the space age exterior makes the melodrama more believable given its already out-there nature. The set is enhanced by the work of video designer Luke Halls and the lighting of Lee Curran, who further contribute to the futuristic aesthetic to ensure us of the play’s (and our) obsession with novelty. Linda’s finale features a notably visceral sequence involving water and strobe lighting; however, and this is something that happened with Devlin’s work in Hamlet, for all of the prowess involved in creating a grand climax (heavily inspired by the revival of A View from the Bridge), it is wholly inappropriate: the great technical event in Linda’s final moments is used to create drama rather than enhance it; as the audience does not care for the play’s characters, great feats of stagecraft amount to mere acrobatics. This is not Devlin’s fault, obviously—that lies with Skinner and director Michael Longhurst—yet it is a great shame that, despite the skill present, the creatives’ talents are so wasted on these moments.

Ultimately, if theatre wants to be a protest then it should be willing to get violent. Linda is fierce in its message but tame in its form. It begs to be either more subtle or more blatant; nevertheless, the current no man’s land it stands in makes for fairly innocuous theatre.

Linda plays until 9th January at the Royal Court Theatre