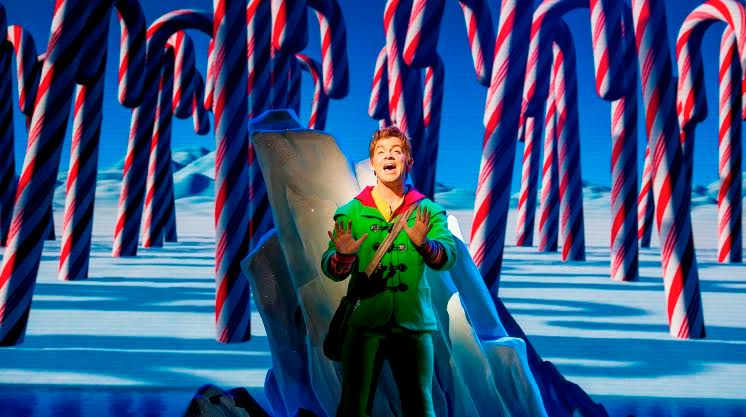 Elf The Musical at the Dominion Theatre

As is the case with many who count the 2003 film Elf, as one of the best Christmas films out there and a staple of the holiday season, its musical iteration has been anticipated by many in the run-up to its recent opening at the Dominion Theatre. Such excitement has manifested itself in not just a collective buzz, but in astronomical ticket prices, which have costed up to £250 a pop. A steep price for anyone looking to bring their children along to this festively appropriate show. Elf The Musical is certainly good fun and very much entertaining, and it ostensibly looks like it costed a fortune to produce. While the main cast give them a significant amount of welly, the songs are rather unremarkable and the dialogue quite uninspiring. However, while not a triumph of a musical in the same vein as its cinematic cousin, Elf The Musical still delivers fine festive fun for all the family.

Drawing from the successful film Elf, which stars Will Ferrell as Buddy, a human raised by elves at the North Pole, the musical tells the story of Buddy’s journey to Manhattan to find his father, Walter. The child-like Buddy is subsequently bamboozled by modern life, while his Christmas spirit contrasts wherever he goes with all the travails such life entails. The story is sweet enough, and there are moments of humour scattered throughout (though such moments are more than often reiterations from the film). ITV’s Superstar Ben Forster does an admirable job in portraying the hyperactive Buddy with plenty of gusto, singing with high levels of excitement and enthusiasm. The ensemble cast are also very capable and perform a number of clearly technically challenging numbers—‘Christmastown’ seeming particularly difficult, requiring the actors to perform numbers on their knees á la Shrek, though it is handled well.

In terms of the score, the songs are relatively catchy yet there are few numbers which don’t quite hit the mark (‘The Story of Buddy the Elf’ being a notable exception). ‘A Christmas Song’ is a highlight, and sure to be lodged in the brain for at least some time following the musical’s conclusion. However, the songs do tend to blend into one another and there are few which will likely be remembered in the longer term.

What is an enduring memory from this production is the very creative and elaborate set design, which produces numerous kirigami-esque set-pieces of notable quality and an ‘expensive-looking’ feel. Tim Godchild deserves special mention for these unique and impressive sets, as vistas such as the New York skyline and the Rockefeller Centre are recreated in an almost festively magical way. It could be strongly argued that there is reason enough to fork out for Elf The Musical just for this set-design alone.

If little else, Elf The Musical will almost definitely put you in a festive mood. Surely, It would take a real grinch not to feel at least slightly warmed by the entertainment provided by Buddy and all his whimsy, even if the script is unremarkable and the songs (largely) forgettable. If you can afford the exorbitant ticket fee, Elf The Musical is a great night out for all the family.