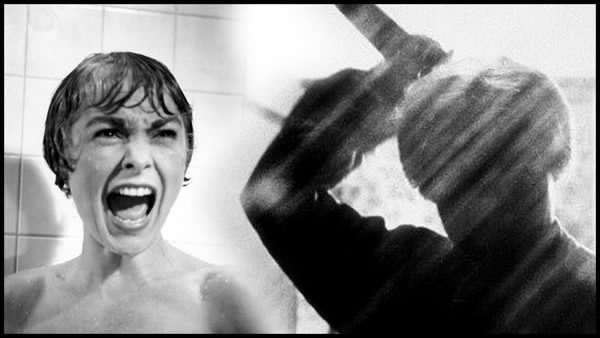 TSO Movie Nights: Back to the Future & Psycho

Two nights in October, I did something I haven’t done in far too long- I went to the symphony. But these were not regular nights at the symphony. There was no Peter Oundjian, an uncharacteristic smell filled Roy Thomson Hall, the average age of the patrons was at least 20 years below expected and, when Toronto Symphony Orchestra President Jeff Melanson asked whom in the audience had never been to the symphony before, well over half the crowd raised its hand. That uncharacteristic smell was popcorn and this was Movie Night at the TSO.

The first of the two performances I attended to hear live score beneath a big screen was Back to the Future. This was less than a week before “Back to the Future Day” (aka the former-future day Marty travels to in the sequel) so the media was at peak-Future; Marty and Doc and hoverboards and the Cubs were all anyone could talk about. I hadn’t seen the first movie since I was a kid (and I’m fairly certain I’ve never seen either of the sequels). The entire audience, on the other hand, had a die-hard feel to them. Like this was their Mighty Ducks and Beauty & the Beast combined (just in case you were wondering about the texts that made me me). The combination of this die-hard demo with the general Future buzz that was happening that week made for an electric room. When TSO Pops conductor Steven Reineke gave the audience permission to hoot and holler and boo Biff, you better believe they took him up on it.

Alan Silvestri’s Back to the Future score is fairly simple and prerecorded pop songs play a crucial role in a few of the movie’s biggest scenes so the orchestra didn’t have a ton to do other than actually watch the movie but the horns did have something of a ball with the chase scenes.

Psycho was a more interesting experience musically and a more subdued experience in general. It was Halloween and, though many people in the audience weren’t dressed up, almost everyone in the orchestra put at least some effort into a costume. It was disorienting to see the musicians missing their usual black but one woman at the rear of the first violin section was dressed as a shower so they were clearly prepared for the night’s material.

The Psycho score by Bernard Herrmann is more classical than Back to the Future, as you’d surely expect, and it’s entirely written for strings. Throughout both films, it was easy to get caught up and forget to watch the live orchestra; the TSO is so pristine and we as movie-goers are so accustomed to almost omnipresent score that it was easy to forget that they were live. But then that famous shower scene happened and that infamous screeching score that syncs perfectly with the hacking happening on screen drew my eyes down a couple of feet where the entire orchestra was in perfect unison, drawing their bows violently across the strings in a way that looked eerily like what was happening above them to Janet Leigh.

Back to the Future with live score was a more fun experience, almost taking on a pantomime feel as we shouted the catchphrases and boo’d in chorus (though Back to the Future is both a worse and far weirder film than you remember) but Psycho was illuminating about the ways a genius filmmaker and composer can work in harmony. Most people never forget the first time they saw that traumatizing shower scene but, for me, it’s those ominous bow strikes that are burned in my mind, slicing the air like knives.